Marrakech: A City to Call Home

Forget New York, DC or Austin; the medina of Marrakech is a real city. So maybe there are no skyscrapers plunging day into night and night into day, and perhaps there’s not even a subway system, but it is a city in both a modern and an ancient sense. When I need bread, there are stores to fulfill my needs; when I need a haircut, the barber down the street is ready no matter the time; and if I want to have a night of fun, there are restaurants and cafes and parks that offer boundless distractions to pass the ever-ticking seconds. But unlike the concrete maze that smells of sewage and missed opportunity that is New York City, the shopkeeper, the barber, and even the waiter I saw that one time when I wanted a coffee fix will remember my name. It’s an actual community.

I have neighbors that serve more purpose to me than just being a reason to call the police at three in the morning for disturbing the police. They are smiling faces to say hello to, they are stories unwritten that have yet to be shared, and, slowly, they are becoming my friends. And that’s what a city should be. It shouldn’t just be big enough for a cartographer to mark it on a map- it should be important enough and cultural enough to be proud to call your own. I’m a Marrakchi just has a better ring and significance than “I’m a Los Angeleser” or “hey, I’m a Seattleite.” Being Marrakchi means you’re ridiculously hilarious and friendly, you won’t complain if the temperature creeps past 100, and you’re probably a huge Kawkab soccer fan (and a Real Madrid fan on the weekend). And while I have yet to truly become a Marrakchi, I know I have found my place in this community: that white Muslim kid they see walking twice a day that somehow speaks Arabic and doesn’t want to see their monkey or see them charm a snake into dancing.

Living in the medina is truly living in Morocco. This is really Marrakech. It took me two weeks to figure out where I live. My host brother, Ayoub, had to verbally instruct me “right, right, left, left, right…” about a million times before this labyrinth became familiar and inviting to me. I no longer fear that if I walk into the souk I will never find my way out. I have instead found myself giving people directions or laughing silently while two tourists in ridiculous desert garb scratch their heads and drool into a map as I briskly walk past them just to show that hey, I know where I’m going.

There is Arabic everywhere here, too. There’s an actual tangible sense of hatred towards French colonialism, and I hear that alien language only from the shopkeepers in the main square that still think that I’m French and are trying to lure me into buying Moroccan fezes that are actually from Turkey. Unlike last year in Rabat, where I spent six weeks learning Arabic from a French-speaking family, my host family here argues, loves, instructs, reminds, laughs, and watches soccer in Moroccan Arabic. Our small but comfortable home has an open courtyard in the middle that lets in the freezing November wind and the pulsing sound of the frenzied drumming and snake charming from Jemaa al-Fina.

The time of day is marked by how quiet the city is. If it’s before 2 p.m., everyone is still sleeping, but if the drums are pounding and the children are playing, it’s probably three in the morning. And while there have been shortcomings, like being peed on or the crazy “shebab” that cat-call every passing girl, this little walled microcosm of family and tradition is my new home, and I wouldn’t trade it for anything. What could be better than watching the sun set behind the watchful minaret of the Koutoubia Mosque as men in traditional qameeses and jelabas hurry home to their families, while shops and cafes and hole-in-the-wall restaurants switch from snooty tourist traps to friendly, local dive-ins? Life in the medina is privileged. No, we are not rich and do not drive cars or own iPhones, but our hearts are full of friendship and close-knit families and a reverent, mystical sense of religion that one can only get from sleeping under the stars every night. I am now a part of this community, this city, and these walls and tight passageways and little sitting rooms have never felt so liberating. 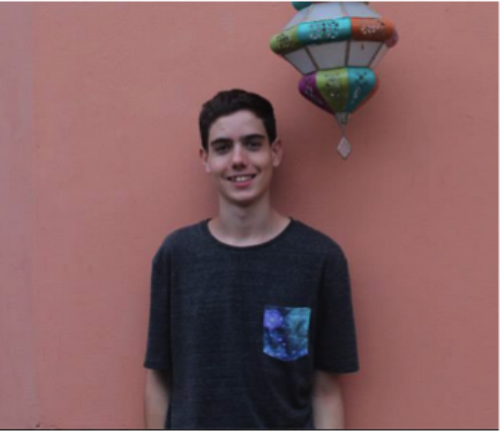