Get a glimpse into some of the things that NSLI-Y students have been doing during their time in Jordan. 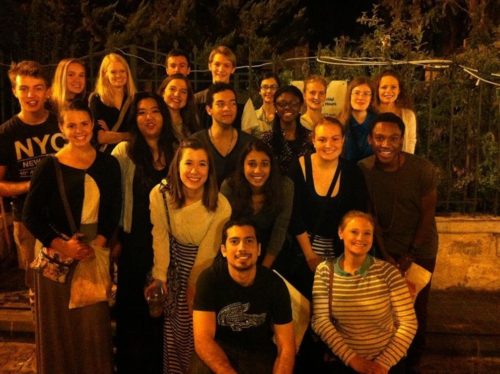 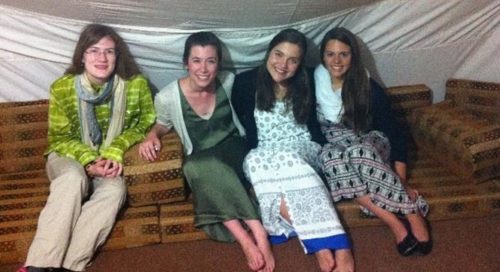 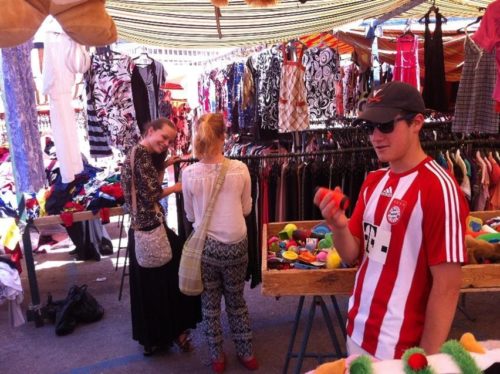 Students can buy memorable and fun souvenirs as well as traditional desserts and fresh juices. 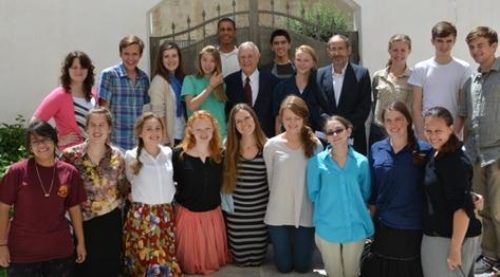 Participants visited Royal Institute for Inter-Faith Studies for a lecture and discussion facilitated by the Institute Director and former Minister of Foreign Affairs Dr. Abu Jaber and Head of the Research Committee and Deputy Director Dr. Amer Al Hafi. Dr. Abu Jaber spoke on the influence and role of religion in Jordanian society and culture and Dr. Abu Jaber discussed the state of relations between Muslims and Christians in Jordan. Both speakers explored issues of religious tolerance and acceptance as they relates to international relations. 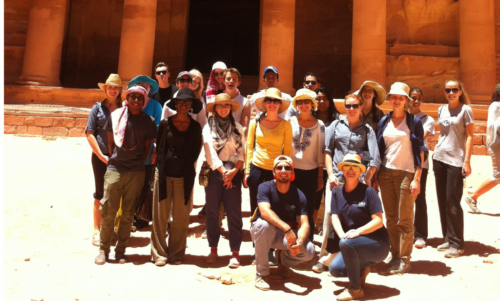 The ancient city of Petra is one of the seven wonders of the world. Petra was once the capital of the Nabatean civilization, and originally carved out of cliffs. The city was able to flourish in the desert because of the Nabateans’ ingenious water conduit system. 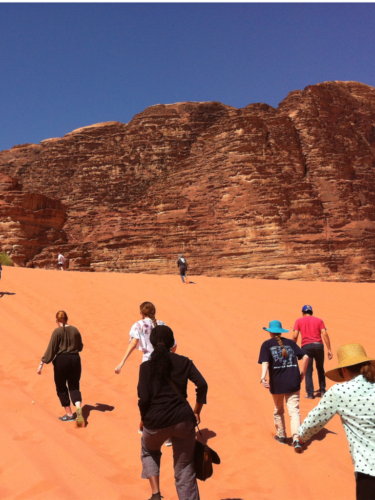 Wadi Rum (“The Valley of the Moon”) offers great views of sand dunes and monumental granite and sandstone rocks – all attributing to the unique beauty of Jordan. Students are able to see the petroglyphs written on the valley walls and practice their Arabic language skills with their guides and new acquaintances.

A trip is complete with interaction with locals in the Bedouin camp, and plenty of sweet tea. 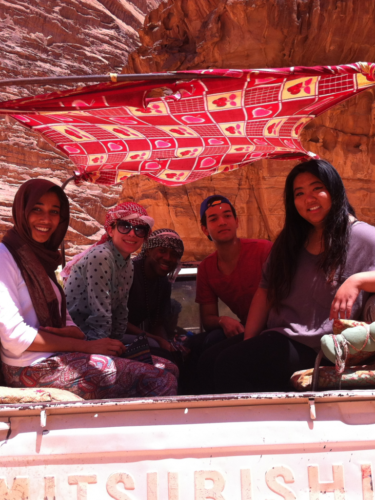