The NSLI-Y Turkey students made the study abroad and language immersion experience come alive for a sizable audience consisting of students, educators, family members and friends, sharing their experiences with learning the Turkish language abroad, attending school, living with a Turkish host family, eating the cuisine, getting from place to place and some of the hobbies and activities in which they have taken part. The students also provided a view into these aspects of their lives through their photos and videos and integrated key words and phrases in Turkish.

We also recently made a new year's resolution as a group to only speak Turkish with each other and to try as hard as we can to only revert to English in emergency situations. Even though its only been a couple of weeks since the new year, I feel like that resolution as a whole really has helped us to develop, and as we continue on to the next couple of months, I’m sure that the immersion aspects will continue to be even more beneficial. -Natasha 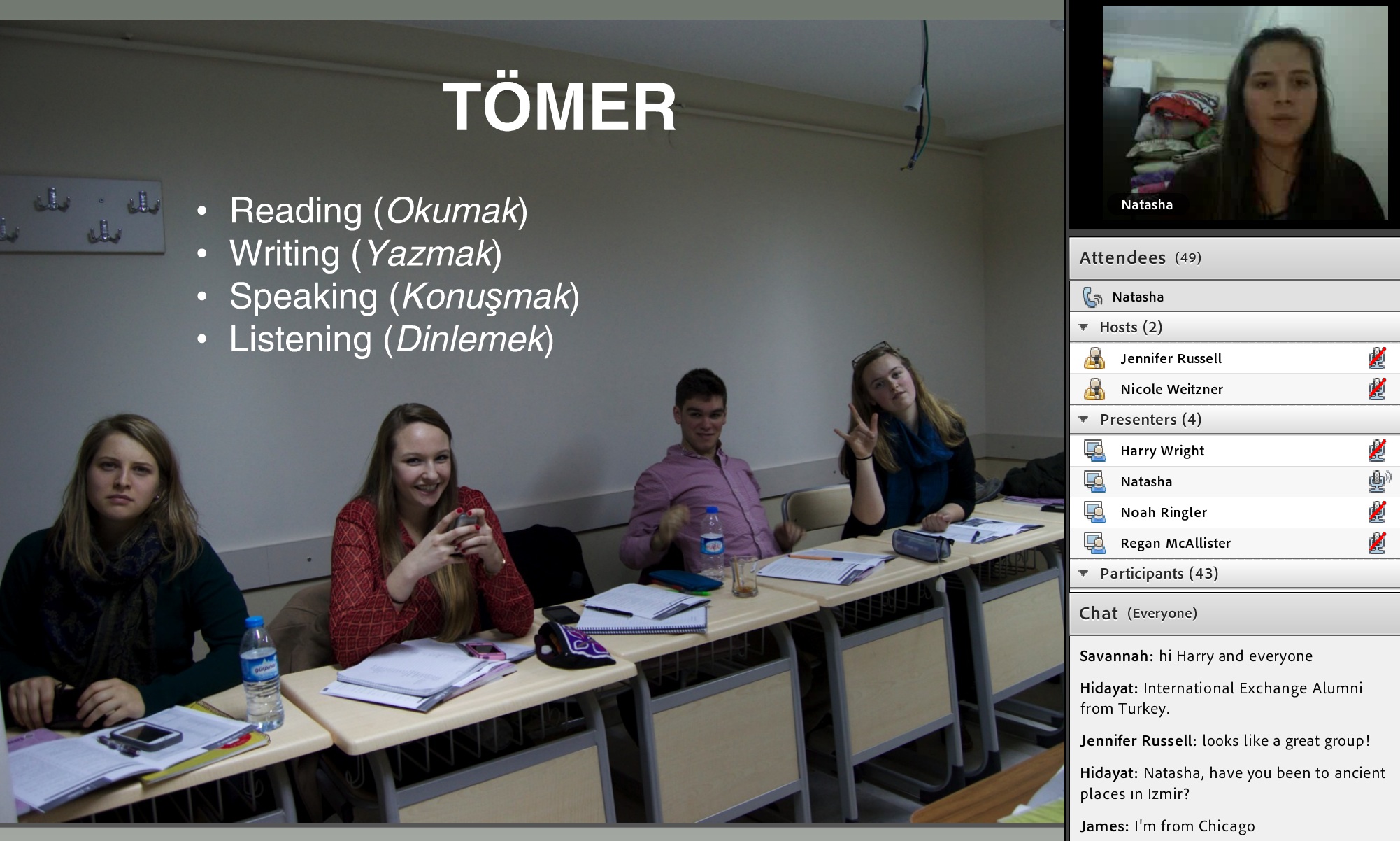 The event concluded with a question and answer session, during which the students and audience engaged with each other on various topics related to the students' experiences as NSLI-Y students in Turkey, such as what Turkish teens do for fun, how the students' daily interactions with locals have changed since they have acquired their language skills, and how they plan to use their Turkish language skills in the future.

All of us or a lot of us actually plan on going into international affairs or something along that line. I personally want to do international relations and hopefully work for either the State Department or an international business overseas such as Nike...So I definitely plan on continuing [Turkish] in college and maybe minoring in it and definitely continuing on with [Turkish]. -Regan

The enthusiasm on the part of both the NSLI-Y student presenters and the audience was apparent, with questions and comments filling the chat box throughout the event.

I remember being there and having a feeling of these people’s passion being absolutely palpable. Blending old and new, East and West, Islam and secularism; Turkey is a nation unique to the region and to the world. -Noah 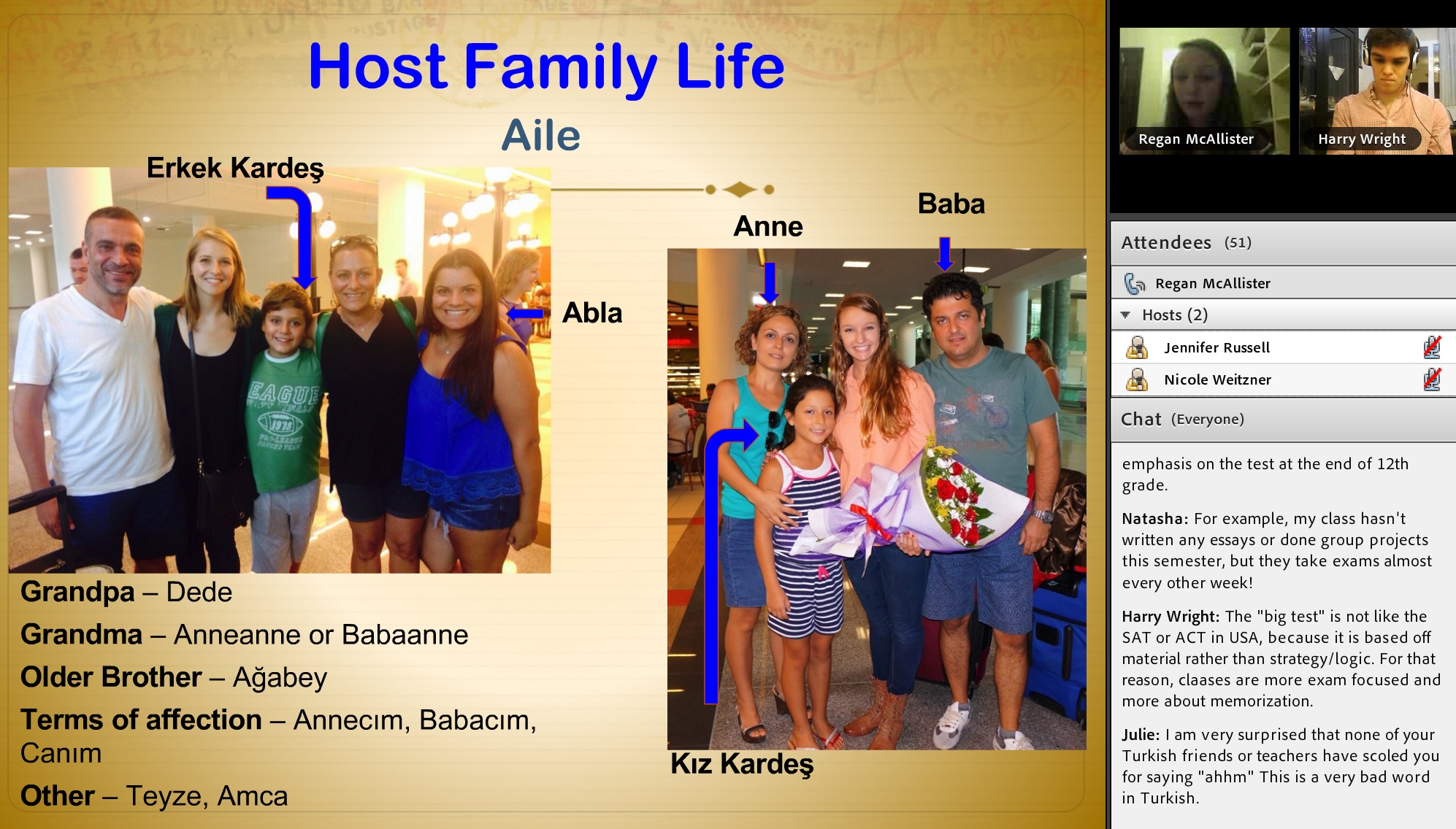 I’ve talked to my host family about this a little bit. We talked about how when we came here, our Turkish was not very good, we didn't know a lot of the language and communication was not easy. But since we've been learning more, it's now easier to communicate with our families and with our friends, and I think its really strengthened our relationship and made it so that we can get to know each other better. -Harry

Check out Noah's video here and a Euronews feature on Regan and the NSLI-Y Turkey program here.

Read below for more information about the NSLI-Y student presenters. 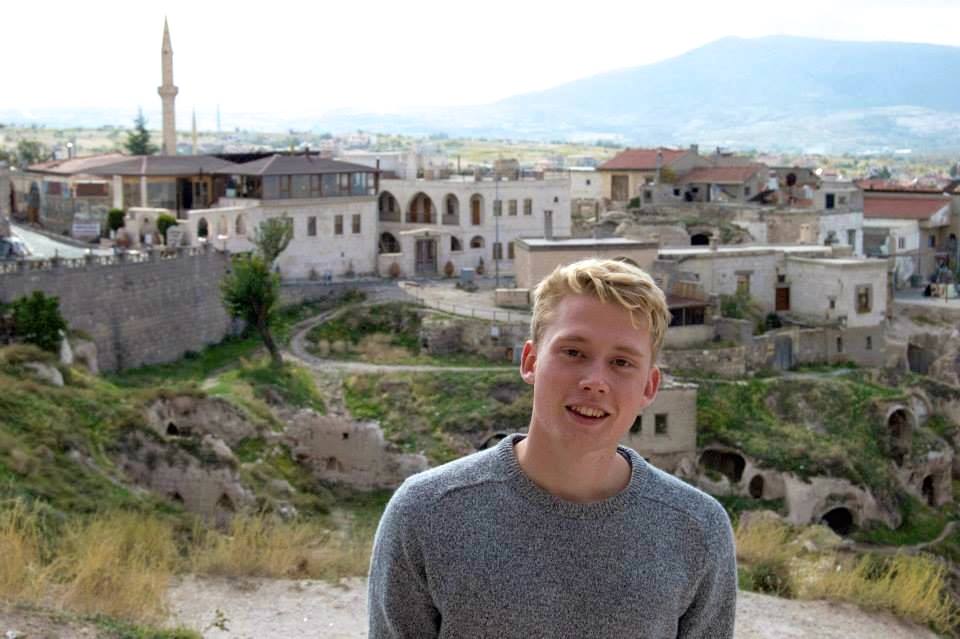 Noah, 18, is from Bellingham, Washington. He is an avid reader, filmmaker, and runner. In 2008, his parents moved the family to Mexico through a bike trip from their home to Tijuana, Mexico. Since then, he has cultivated an avid interest in International Affairs and Economic Development of the United States' key partners across the globe. While he has returned to Mexico numerous times and traveled Europe by bike, the Middle East has remained his focus. Noah studied political science, Middle Eastern history, and eastern religions at Whatcom Community College with Running Start. He graduated from Sehome High School in 2014. 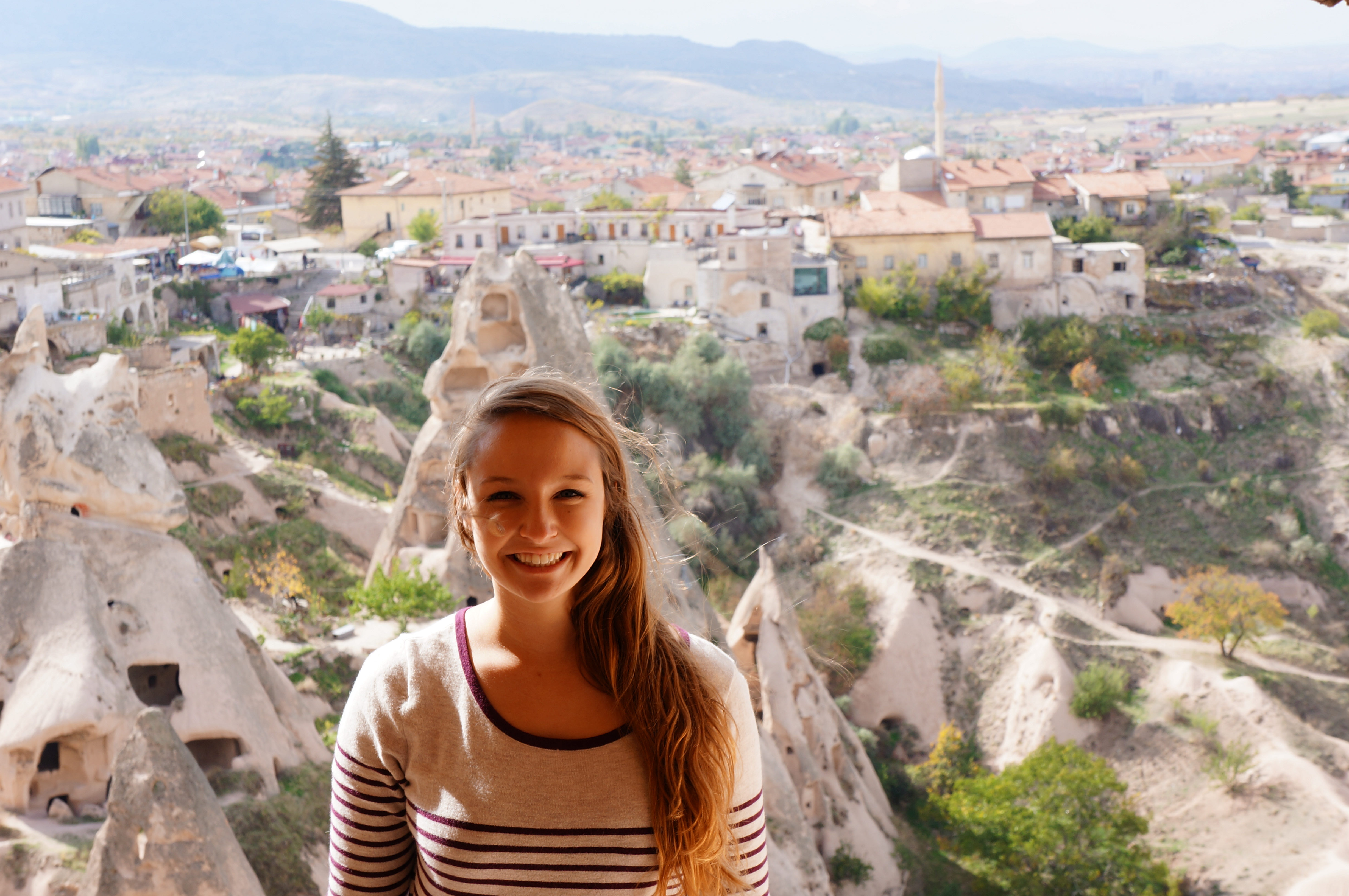 Regan is currently a NSLI-Y student in Izmir, Turkey. Prior to this year, Regan participated in the NSLI-Y 2013 Summer Program in Bursa, Turkey. Growing up with a military father, she has no specific ‘hometown,’ but has spent half her life living in Japan and the other half living in the United States. She graduated Summa Cum Laude from Niceville High School in June of 2014. Following this academic year, she plans to attend George Washington University in Washington, D.C. and to run for the GWU Cross Country and Track Teams and major in international relations with a concentration in international economics. She will also continue studying Turkish, as well as Japanese. After college, she hopes to pursue a career with either the State Department or a major international corporation, such as Nike, where she can put her language skills to use. 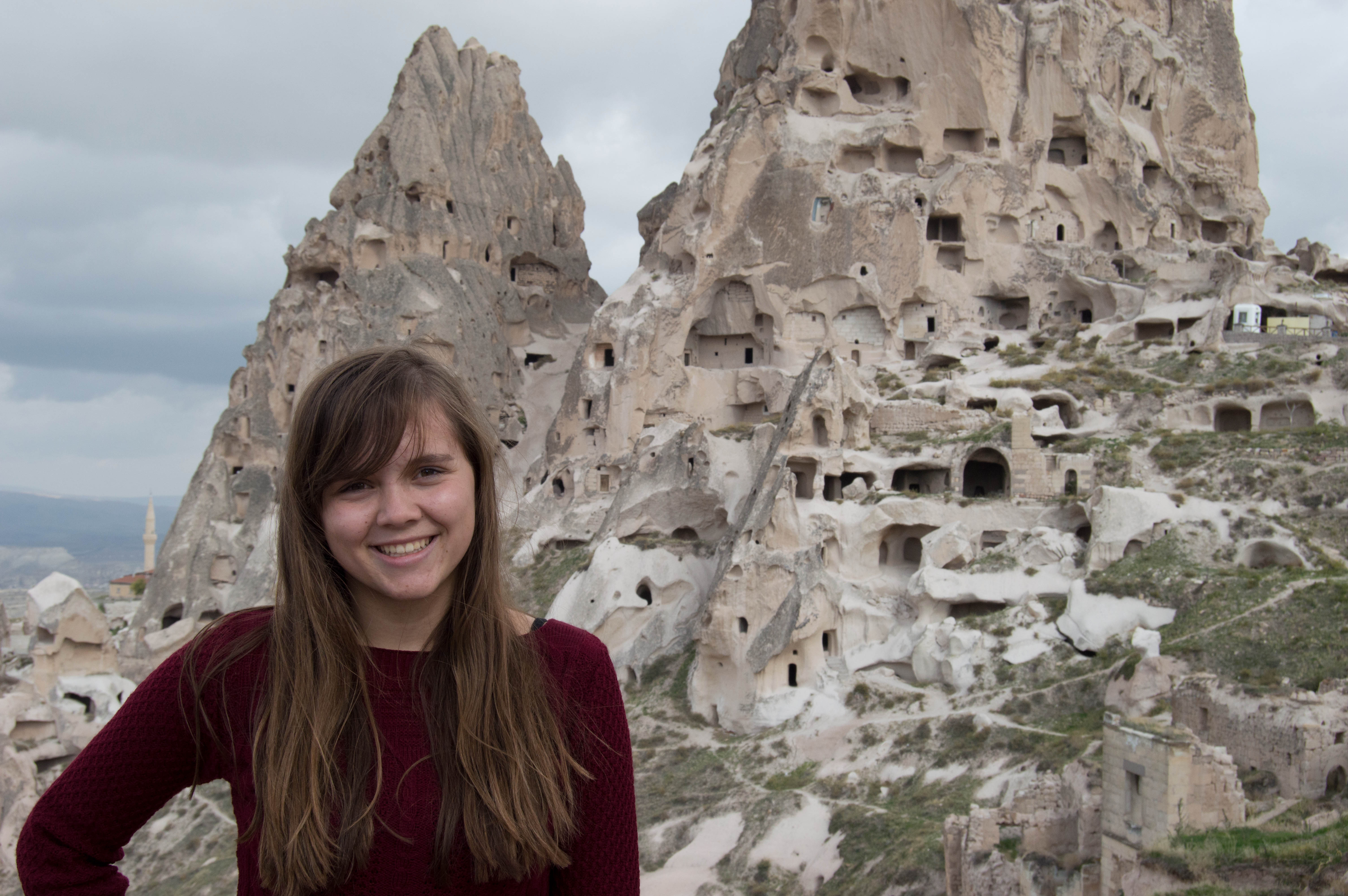 Natasha is an 18 year-old gap year student studying in Turkey. Both of her parents served in the United States Air Force, so she grew up moving around the U.S. and the world. Most recently, she graduated from the International School of Beijing with the IB Diploma. In her spare time, Natasha can be found reading, taking photos, or studying more Turkish. After this year in Izmir, Natasha will be attending Duke University in North Carolina, where she plans to major in international economics and hopefully minor in Turkish. 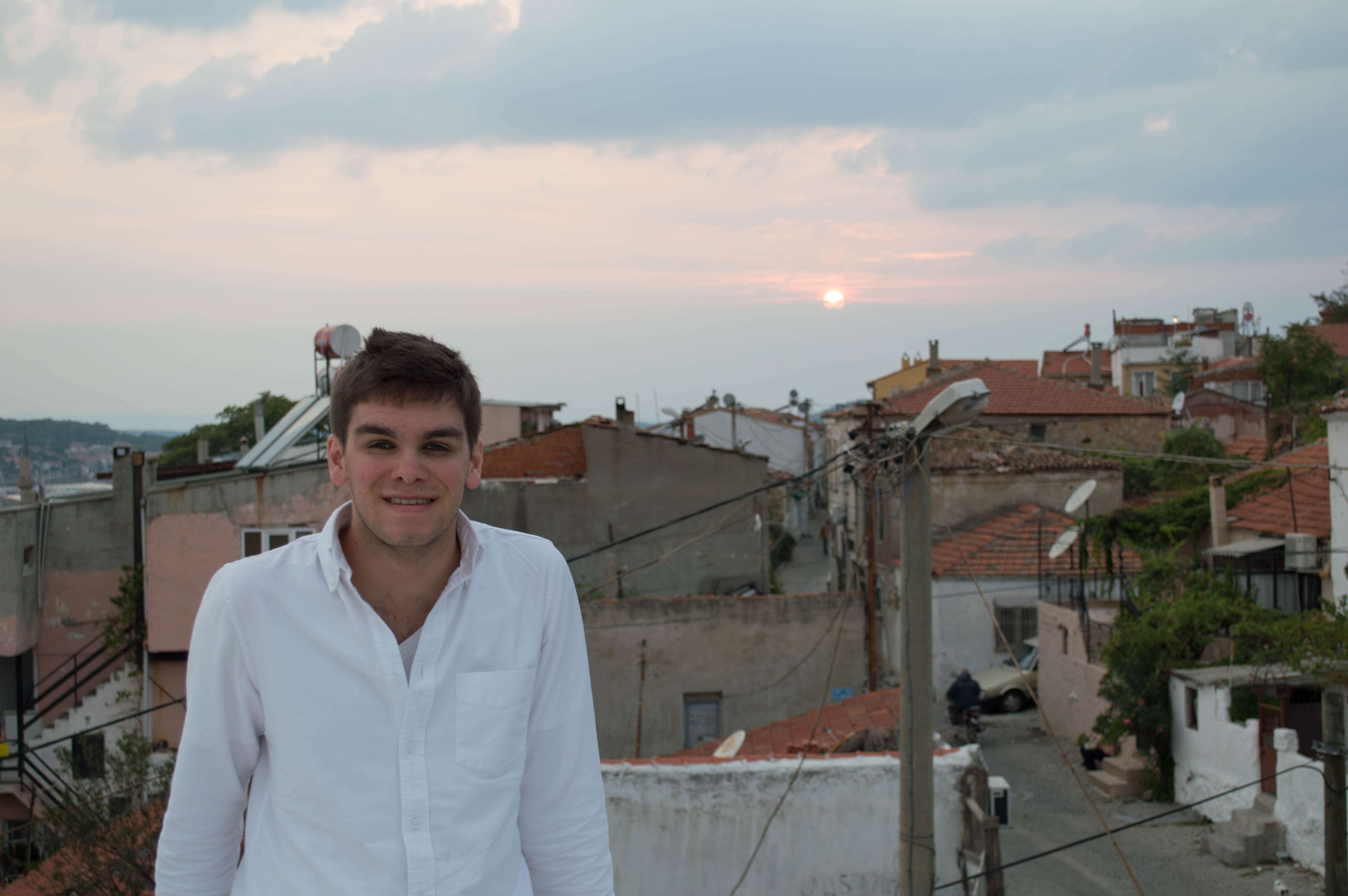 Harry, 18, of Marshfield, Massachusetts and a graduate of Phillips Academy in Andover, Massachusetts, is currently a NSLI-Y student in Izmir, Turkey. His interests include international business and politics, travel, foreign language and linguistics, social justice, music, and history. Next year, Harry will study international relations at a university in the United States, and hopes to work internationally, either in the Foreign Service or another capacity. In his free time, he enjoys getting on the wrong bus and ending up where he wasn't planning to go, trying to make a profit off of the current exchange rate, drinking lots of Turkish Coffee, and antagonizing about whether the grammar in his new Instagram post is correct.

Click here to view the previous virtual event with NSLI-Y students in Taiwan.

Future virtual events will be scheduled in the following months and can be found here. If you are interested in participating in a NSLI-Y virtual event, please complete our interest form.