On Sunday, August 5th, I finally came to the realization that my six weeks in China was unfortunately coming to an end. I had developed incredible language skills, created new friendships, and discovered a second home. That night, my host brother decided to take one last trip to the center of Anshan... or what he refers to as "the symbol of Anshan."

The "symbol of Anshan" is a giant metal statue commemorating something, yet I still am clueless as to what that may be. However, it was still beautiful. The symbol was lit up in color. The nearby skyscrapers were flashing lights. The sky above us was dark and calm. The voices of people resonated nearby. Children were holding kites and flying model planes. And a mini hot air balloon was floating off in the distance. Four girls had just sent it off, and it had writing on it. My brother explained it to me as a "dream balloon." Basically, you write your dreams, your wishes, your ambitions, or your hopes on it and send it off towards the stars. I really wanted to do one. Without hesitation, my brother bought me one. Instantly, as usual, Chinese people flocked to watch the foreigner participate in a traditional Chinese activity. I wrote my wish: 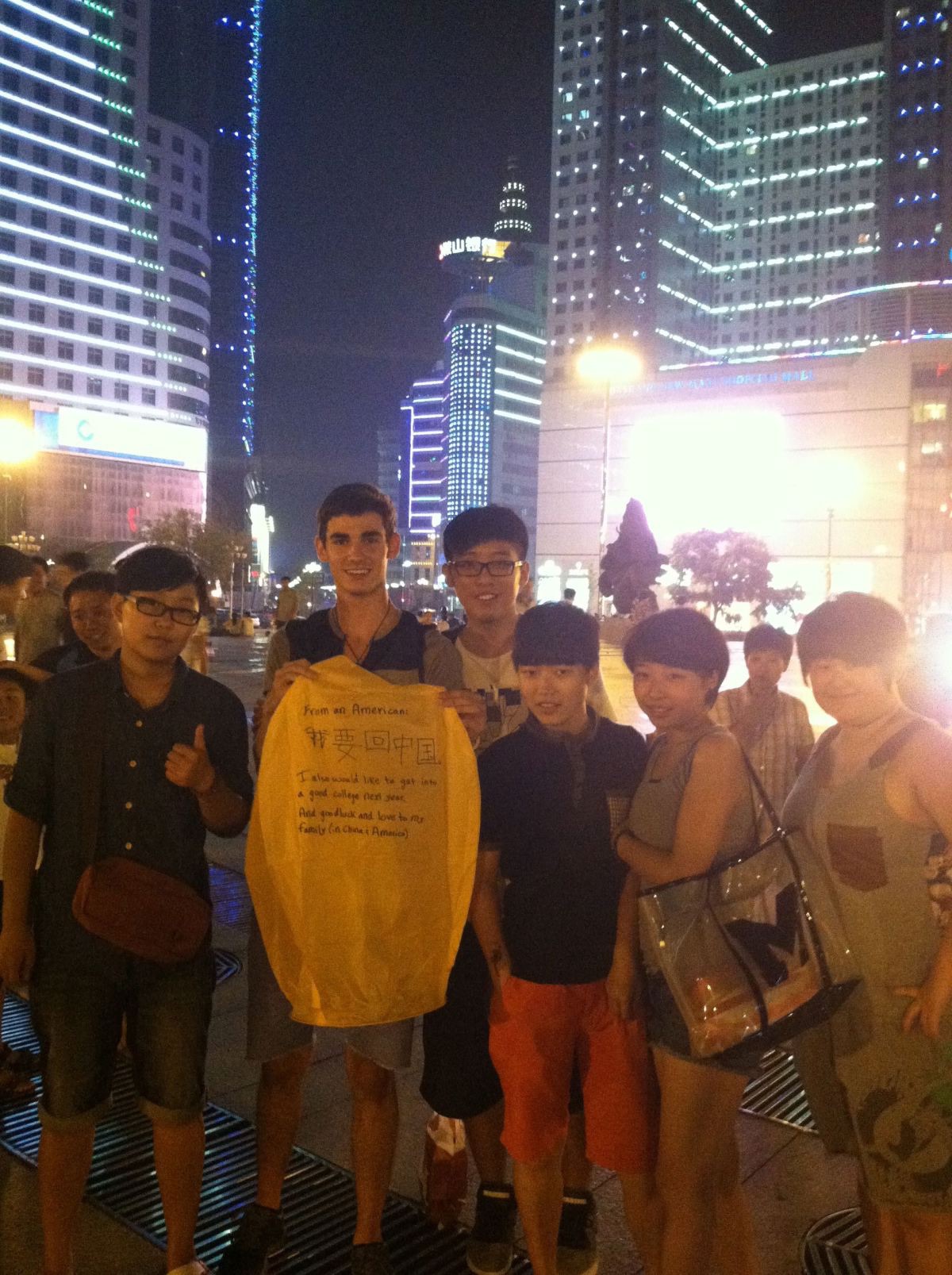 "From an American: 我想回中国 (I want to return to China). I wish that next year goes well and I get into a good college. And, I wish for good luck and love for my family (both American and Chinese)." 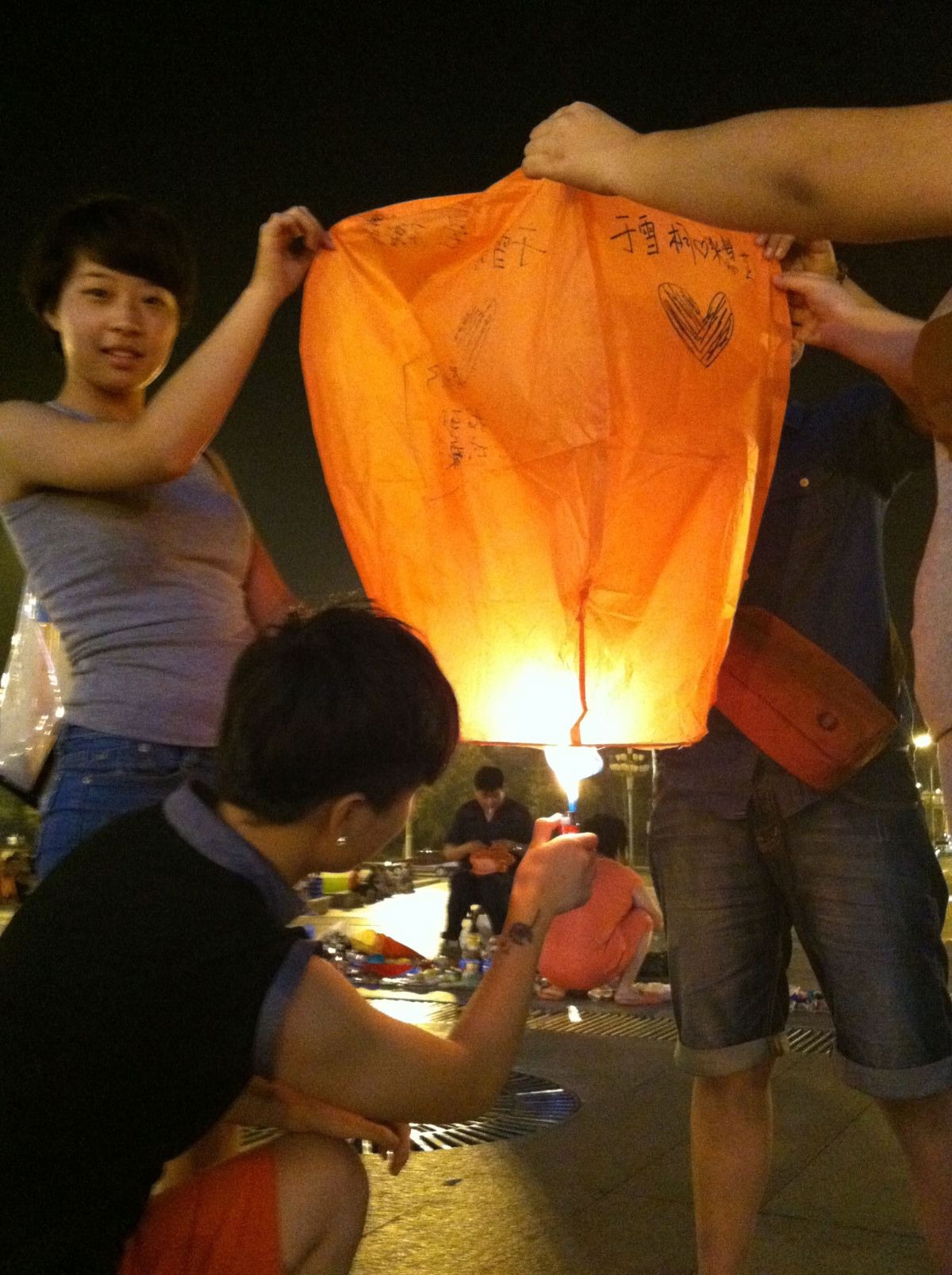 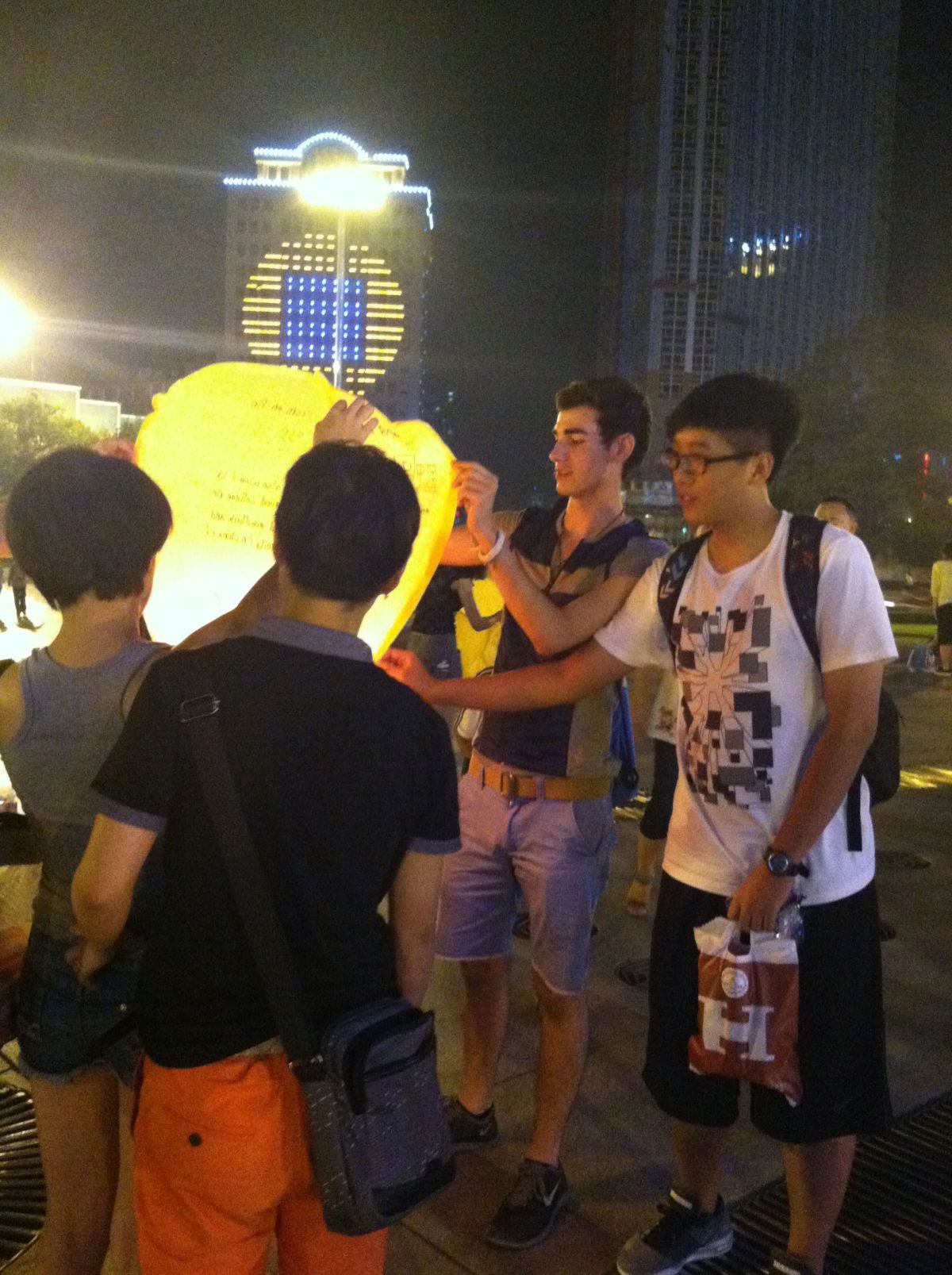 The girls nearby helped me light the balloon. And a man nearby volunteered to take pictures. It reminded me of how kind the Chinese are. They’re always thinking about others, not themselves. We lit it. I let go. As my balloon floated away, I realized that was going to be me in a week… flying away from China into the unknown. Next year was my senior year in high school, I didn’t know which college I’m going to, and I still had so much to discover about myself. I think China had made me realize that you can’t expect to follow a pre-determined path through life. Stray from it, and that’s when you’ll be experiencing a life truly worth living. If you would have told me, this time last year, that I would be in China the following summer… I wouldn’t have believed you. But, there I was: making memories that I’ll one day tell my children, learning lessons that will guide me throughout my life, and leaving the country with not one, but two, families.

There was something about that balloon, though, that made me feel like my dreams will come true. But, I also realized that I can’t just wait for them to happen. Rather, I’m going to make them happen. As I tried to explain what I am saying now, in broken Chinese, my brother called me poetic. I don’t think I was, but I think what happened that night exposed me to my emotions and a stark realization: I was going to miss China.

I know that still, no matter where I go, China will always be a part of my life… whether I’m in China, or China is on my mind. 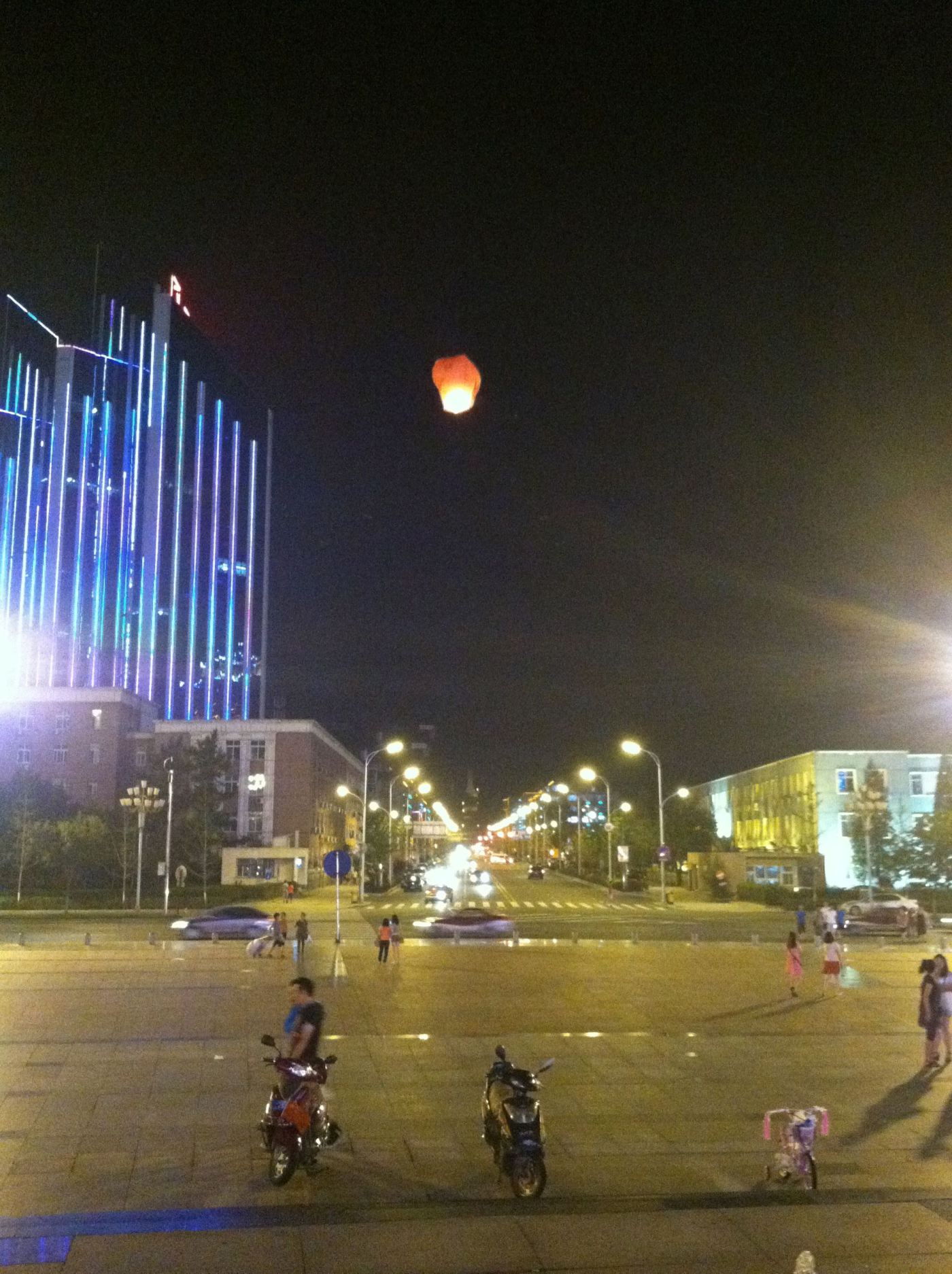