The Thrift Shop Experience in Taiwan

One of two winners of the NSLI-Y Interactive Academic Year 2014-2015 Language Story Contest, Brendan spent a year as a NSLI-Y student in Taiwan. Congratulations, Brendan! Read his story in Chinese and in English below, and watch his inspiring video above. 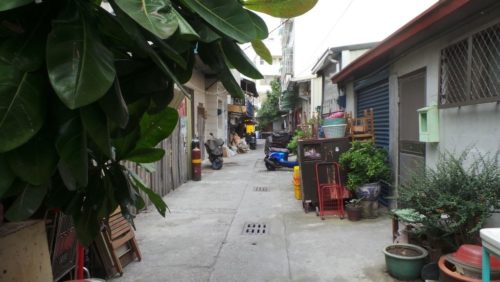 In high school, I developed a bit of a thrift shop addiction. Among the list of things I thought I might miss abroad, thrift shops were at the top (behind my cats and parents, of course). I assumed I would have to go cold turkey when I got to Taiwan, though I immediately began seeking out ways to curb what was already an overwhelming addiction. Within my first month in Kaohsiung, I had stumbled upon a second-hand bookstore, and I ended up spending a lot of time and money sifting through books that I hope to someday be able to read.

However, I still had yet to find a store selling second-hand clothing. I had already been to the night markets more times than I care to admit, and I was looking for a shopping experience similar to that of my beloved neighborhood Goodwill. It wasn't until about seven months into my program that I finally found a store that fit the bill, pun intended.

During a discussion with my host mom, I was discussing the second-hand bookstore near 85 Skytower that I had taken to frequenting. Unable to think of the exact word for "second-hand bookstore" in Mandarin, I described it as a store where one could purchase books that had been used by people before. She explained to me those were called 二手書店 in Chinese, which, conveniently enough, translated literally to second-hand bookstore. Mandarin, in its ever-beautiful logic, yet again made me snicker at how silly I was to have not guessed the name of something.

Armed with the nomenclature for this type of store in Mandarin, I substituted the word for book (書) for the word for clothing (衣服), and thus I found what I had been craving all year: a thrift shop. That very week, I set out on what would be a valuable search. I got out the MRT station in a part of town I was not at all familiar with and headed in the direction of the store. I wandered for about thirty minutes before admitting that I totally lost, and I almost gave in and went back home. Instead, I entered the nearest 7-11. Thankfully, there's always a 7-11 near in Taiwan. They are unavoidable.

I asked a worker where the store was, but she didn't know. Fortunately, the man behind me in line had been eavesdropping, and he offered to use his phone to help me find it. After a quick search on his google maps, he pointed me in the right direction, and I was finally on the right track. A three-minute walk later, I was at the doors of a Taiwanese thrift shop. 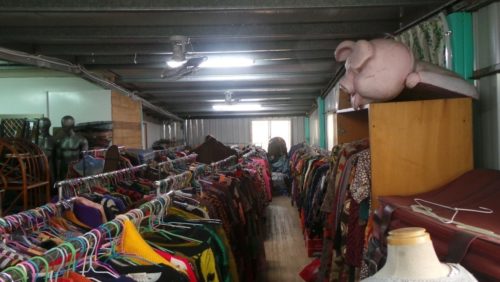 It was everything I wanted and more. I spend hours in the small shop looking at everything. Honestly, it wasn't much different than the average American thrift shop. It was a little dirty, there was a lot of glassware for sale, and there was an unending supply of old-woman sweaters. Oh, the sweaters!

The root of my thrift shop addiction in America easily rests in that I love to buy sweaters and I have a simple rule--the uglier the better. This Taiwanese thrift shop had some of the most horrid sweaters I had ever seen, and I could easily have bought them all the go home. I narrowed the collection down to a single tiger sweater, the sixth sweater that I had purchased in Taiwan, a place where there is never a day cold enough to wear a sweater. 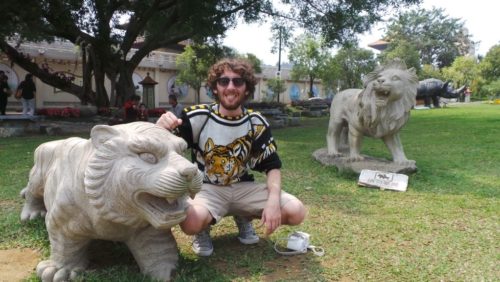 It was a great experience, and I am so glad to have found the tiny store. In honor of this experience, I wrote a little cover to Macklemore and Ryan Lewis's "Thrift Shop" called 二手衣店. I tried to detail a bit about the experience, mixing Mandarin and English to write the lyrics.