Navigating Food and Culture through Language

Excerpts from an interview with alumnus Archit, NSLI-Y Russia, Summer 2015 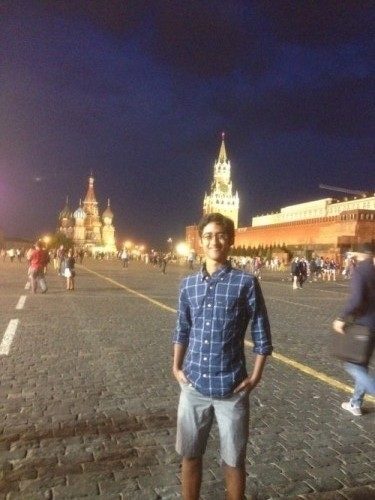 Since middle school, Archit has always liked world travel, languages, and cultures; learning about Russian language, history, music, and current events was no exception. With extended family in India, Archit was an experienced international traveler. Thus, he felt prepared for the NSLI-Y program in Moscow and his parents were supportive.

But there were still some aspects that caught Archit by surprise. “I was expecting, as an Indian, that the way Russians would deal with me would be a whole lot different from the way they deal with Americans, which wasn’t completely true.” Although, he says, “Most people thought I was from India.” He soon convinced them otherwise and enjoyed sharing his story. “In Russia, I was treated as much as an Indian as I was as an American. […] They were a little more curious in talking about my Indian roots. Especially the older Russian generation has very positive views of Indians. I was able to have a lot of discussions [about my Indian heritage].”

In addition, “I’m a vegetarian, and I expected my host family wouldn’t be acquainted with vegetarianism, but I was wrong; they understood what it was. […However,] in Russia, vegetarianism isn’t very popular. I had a little difficulty in finding food and restaurants that matched my dietary restrictions, but after a couple weeks you realize which foods you can’t eat and which foods you can. And you find enough options to enjoy your time in Russia.”

Learning to navigate the food options was one challenge, and communicating his dietary choices, tastes, and needs was another challenge. “Russian is difficult!” Archit dedicated himself to improving his language proficiency. “I did best by sitting down in an empty room with soft music on, with a vocabulary list in front of me. I’d spend half an hour memorizing, looking over the vocabulary, formulating sentences and speaking out loud in the room….After that I’d go out into the real world and try to make use of as much Russian as possible. At times, I would go to the grocery store, to just ask the cashier, ‘How much does this cost?… How much does this cost?’ I wouldn’t really buy anything.’" These daily interactions within the city and authentic communication with his host family, teachers, and shopkeepers, in turn, helped Archit become more fluent in the Russian language. In particular, “I became a lot more acquainted with the Russian accent, style of talking, and tone of voice.” 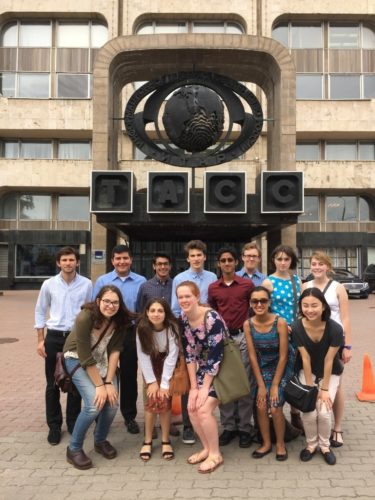 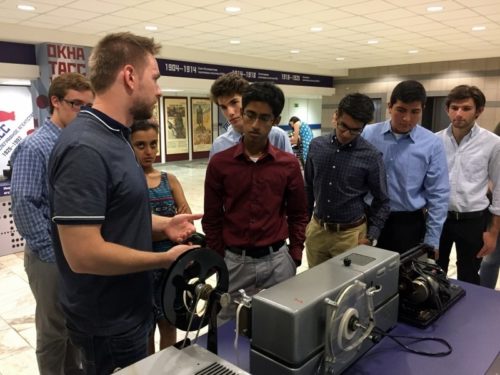 Archit recalls his favorite moments were with his host family on the weekends. “My host mother – she was Armenian – so we were able to talk a lot about our respective cultures [and] pasts.” Since his host mother did not speak English, their communication was mostly in Russian, with some hand motions. “I started from scratch – I knew the alphabet and some basic greetings [before coming to Russia].” He fondly recalls one specific evening with his host family, “going out [with my host brothers and their friends] to buy Russian soft drinks and Russian junk food at 11 o’clock at night. When I look back on it, [the importance is] about how well I bonded with my host brothers on that occasion.”

Archit notes for future participants, “The host families like to go out of their way to make your stay comfortable and enjoyable. The teachers are of a very high caliber and very patient. […] There’s a lot of support and help you can receive from the other American students who are going through the same challenges you are.” And, he advises “not to be afraid to try new foods in Russia!”

Now back in Texas and a high school junior, he has resumed several after-school activities, including Model UN and organizing a local human rights summit. Archit continues to stay up-to-date with world events and study multiple languages –Russian, French, and Spanish. Without access to Russian classes, he is furthering his skills through reading the news in Russian, listing and reviewing new vocabulary words, and speaking with Russian-speakers at his high school. 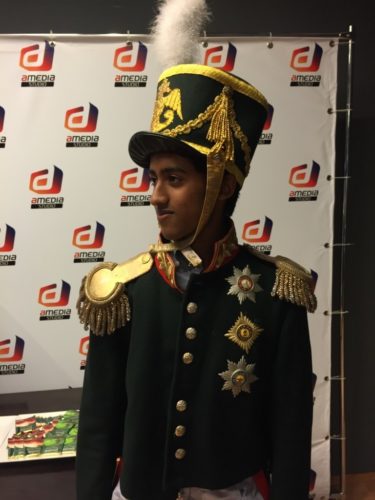