My friend from Belgium and I decided to perform a classic acapella, beatbox and singer hiphop duo. Every foreigner had to perform because all our Chinese classes had to. Outside of my class we also decided to perform individually because we had heard there would be a contest and prizes. We decided last minute on which songs we would perform and only practiced 20 minutes the day before. I also had to memorize two other songs both in Chinese that I also had to sing. My voice was hoarse from practicing and my brain was tired from memorizing so many songs all at once. 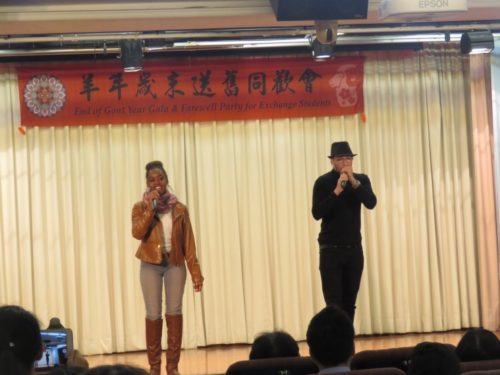 But when it came time to start the show I was calm because these were all friends I was performing in front of and it turns out being calm and just doing your best gets you first place. Yup that's right we won first place with a prize of $1500 NTD . In exchange for us winning they wanted an encore so we gave them one and everyone went home smiling. Overall it was really fun.