Last April, NSLI-Y Korea Academic Year student Stacia went on a school field trip to Busan and Tongyeong with her classmates from her high school in Seoul. Stacia got to explore the cities with her classmates and interact with them through completing travel missions and playing games. It was a great experience of bonding with classmates and practicing Korean since there were no other English speakers on the trip. Having experienced a school trip in Korea, Stacia was able to reflect on the differences between American school trips and Korean school trips. 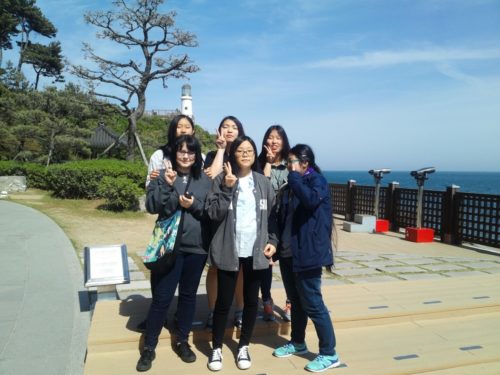 "Each day was packed with fun activities and missions. We visited various places in Busan and Tongyeong including museums and the aquarium. We also split into groups for missions around the Busan area where we looked for famous places around the markets and parks. This was my favorite part of the trip because we were able to freely look around and I was able to become closer to my classmates as we tried to complete all of the missions. At night I was able to play and talk to my classmates at the hostel. We played Mafia and Uno, as well as other card games. This was very meaningful for me because I was able to talk to my classmates more and they helped me learn games in Korean.

I learned a lot about how trips in Korea are a little different than they are in America. The schedules are very packed with activities that make it seem like you won't have any free time. Although the schedules are packed they give you more freedom to visit the different places in your own way. The best example of this would be the missions. Rather than us all moving together around the city to different places, we were split into smaller groups and given the missions that we could complete in any order or with any method. 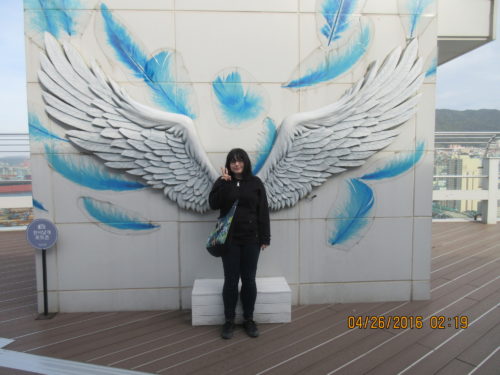 This was the first time since I came to Korea that I did not have anyone near me who spoke English. For four days I was able to practice my Korean with very little help using English. The trip overall was a very good experience."

Stacia was a NSLI-Y participant in the 2015-2016 Korea Academic Year program.