One of the most rewarding aspects of my time here in Morocco has been my internship with Amnesty International. In high school, I was part of Amnesty USA, so it's been fascinating to observe the differences and similarities between two branches of the same international organization.

I mainly make illustrations for brochures and social media, but I also help out with anything that needs to be done around the office: this can mean putting together paper lanterns, addressing envelopes, or putting up posters. Recently, I helped design materials for the Write For Rights campaign, which uses letter-writing as a grassroots organizing tool to push for the release of wrongfully-imprisoned people. To my surprise, my portraits were used on a banner for a protest bringing awareness to National Human Rights Day. Although I was not allowed to attend the protest, my coworkers were excited to show me the final result. 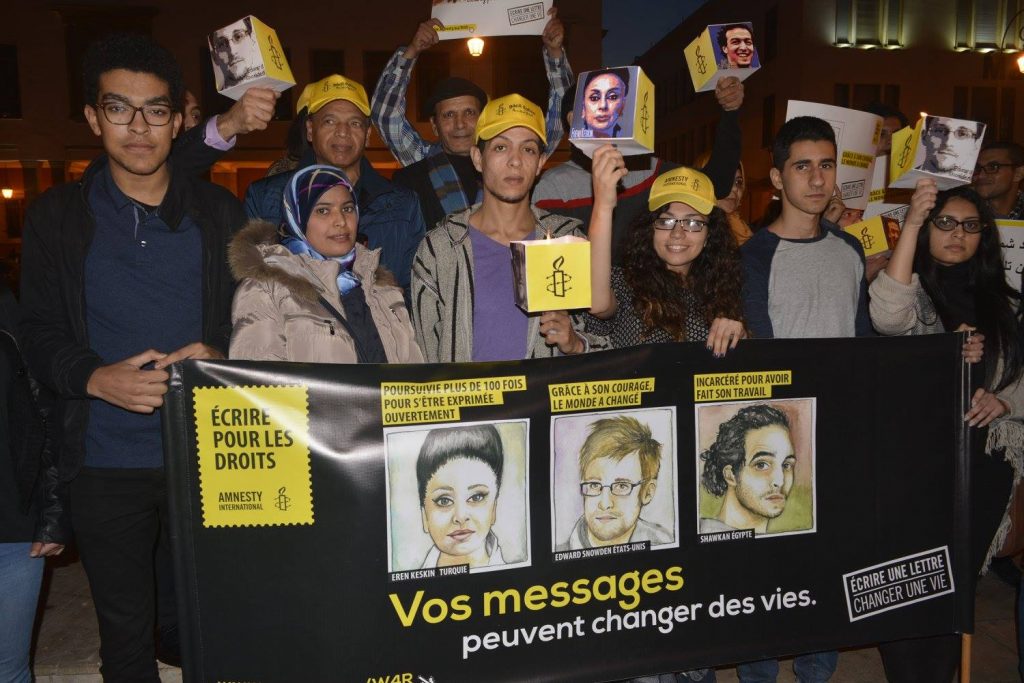 Although making art is always fun, my favorite part of my internship has been the connections I've made with my boss and coworkers. Salima, my coordinator, actually lived in my home state (North Carolina) for a year, and she's always willing to chat with me about how Morocco fits into the global human rights movement. When I showed up to the office a few days after the American election, we had a heartfelt discussion about the future of both of our countries. Working at Amnesty has allowed me to understand why the decisions made in my country are so globally influential.

On a lighter note, I've had a ton of fun practicing my Arabic with the Moroccan students who also intern at Amnesty. We always have Google Translate open on the computer, and despite the language barrier, we've been able to have meaningful discussions surrounding the campaigns we're working on. 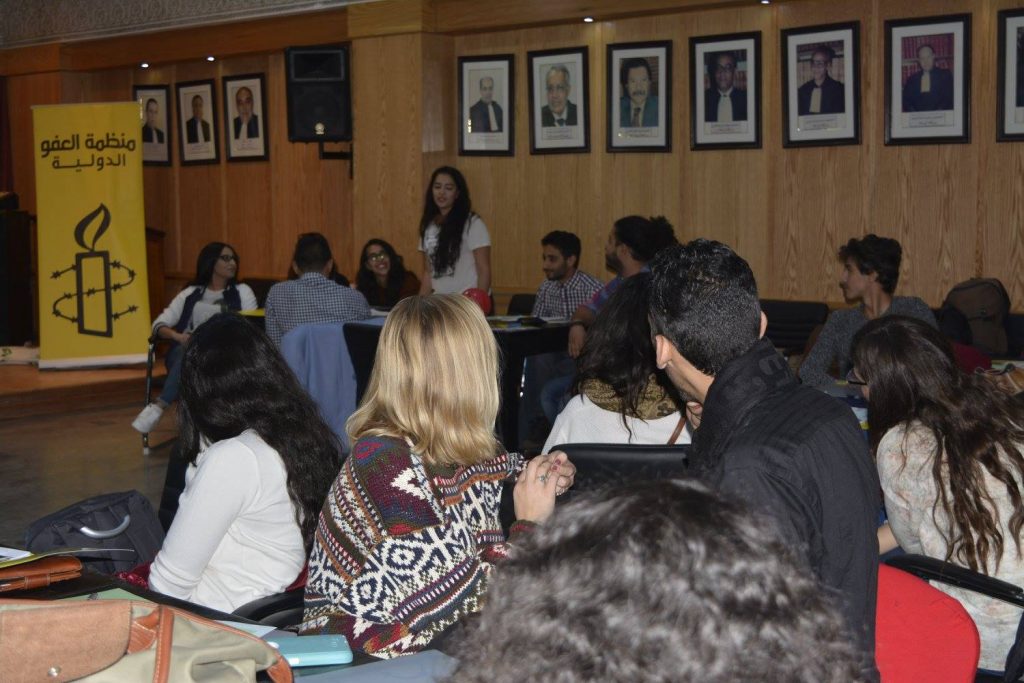 A few weeks ago, I attended the organization's first annual youth conference. At first, I was hesitant to go because I was sure I wouldn't understand much (and I didn't -- the presentations were delivered in a mix of French and Darija), but the other students there generously translated for me so I could keep up. In addition to learning about the history and principles of the organization, we discussed the philosophy behind different fundraising methods and the benefits of coalition building. I'm excited to bring what I learn about youth leadership back to the USA.

Catherine is a current student on the 2016-2017 Academic Year program in Rabat, Morocco.