“Be proud of who you are… be proud of where you’re from, but embrace your third culture.” - Tania, NSLI-Y Morocco, Summer 2015

Excerpts from an interview with alumna Tania, NSLI-Y Morocco, Summer 2015

As one of few bilingual students in her southern Indiana elementary school, Tania identified language differences from an early age. Her Salvadoran family was the source of her Latina identity, but she recalls, “I was astounded by the amount of languages in the world.” Her curiosity led her online to pick up other languages and, years later when she learned about NSLI-Y, she knew she would apply. Although not accepted on her first try, she persisted, applied again, and was selected as a NSLI-Y Arabic finalist her senior year.

Convincing her loved ones of her desire to travel and learn Arabic took some explaining. “I pulled up the news [on Morocco] and explained, ‘Here’s what’s going on; it’s not crazy.’” After being selected, she also worked on her own mindset, “I had to mentally prepare myself to be open to this really cool, intense, experience, to being conservative, aware of what I say, not always having hot water, not speaking the language, and taking a taxi for the first time.” 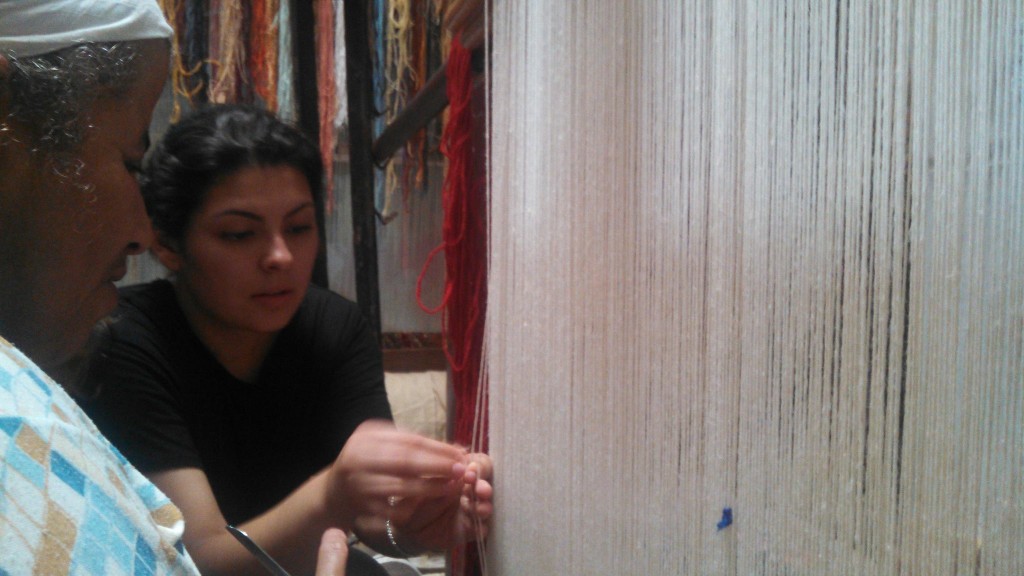 Indeed, the language barrier was hard. “At first, I could only say, ‘Yes, No, Hi, and Good night,’ so it was awkward.” She arrived in Morocco during Ramadan and knew not to eat in public, but when her host family offered cookies and coffee upon her arrival, she didn’t know what to say. In addition, “Not having my family was really hard for me. Knowing I was an ocean away from everyone I loved was hard. Not having wifi at my house was hard.” Also, Tania didn’t fit many Moroccans’ preconceptions of Americans. “They would say, ‘You’ve got lighter skin but darker hair; where are you from?’ and I would say, ‘I’m from America.’” Incredulous, people would counter, “‘No, you’re not… you’re Spaniard, aren’t you?’ or ‘Where are you actually from?’” 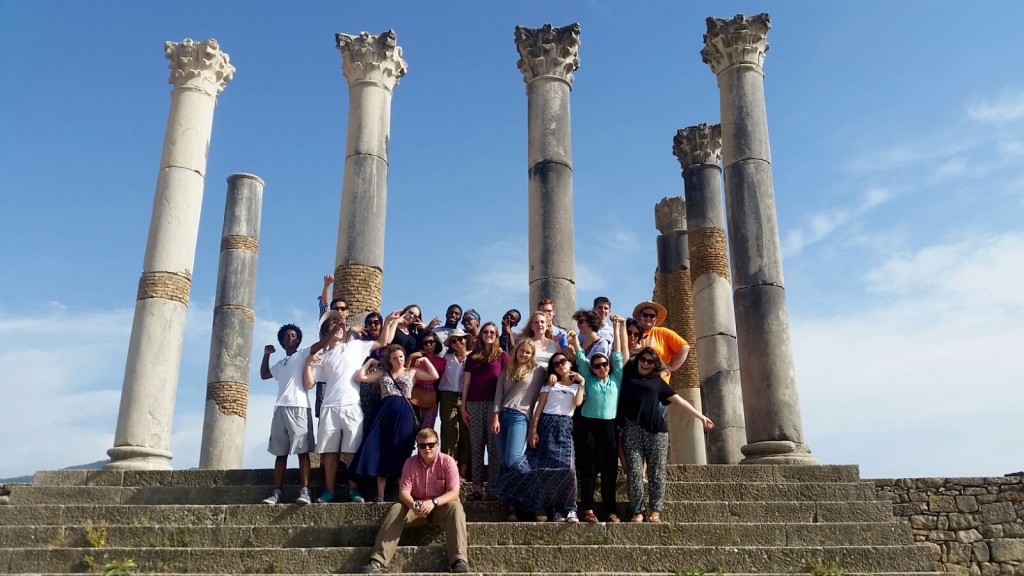 Tania spent some time alone to reflect and re-energize and overcome the many challenges. “I brought some books to read in English [and Spanish].” This helped her to remember, “This is my culture. This is where I’m from. Yes, I’m learning this other language, but let me sit back and enjoy this language I understand.” She also found other NSLI-Y students to be a resource. In addition to their camaraderie while bartering in souks, touring cities and towns, and sampling different cuisines, they helped her cope. “Going out with friends, making Moroccan friends, celebrating the fourth of July, [remembering] we’re not only immersed in one culture but keeping our own and really proud of where we’re from; that helped me a lot.”Inside the classroom, Tania worked hard. “You just had to be a sponge, take it all in, and ask questions.” Tania used flashcards, spent hours studying, and found her Arabic teachers very interested in learning about Hispanic culture in the U.S. Outside the classroom, “the bartering helped me to pick up a lot of vocabulary. Talking to taxi drivers, getting lost in Rabat, and asking for help from strangers built up my vocabulary.” 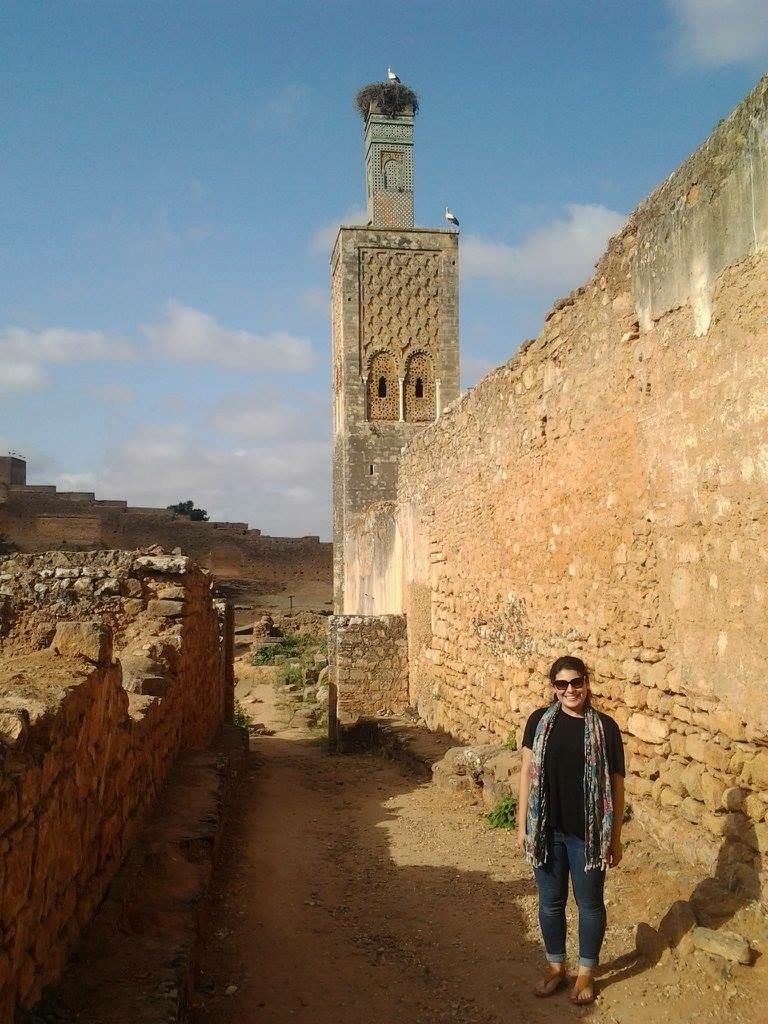 “As time went by, I learned to love the country, my friends, and my [host] family so much…. I didn’t expect people to be so loving. My host family received me with open arms.” It turns out living without wifi in the house may have benefited Tania in the long run. “I could just hang out with my host sisters and be present.” Her vocabulary improved, and she was eventually able to tell her host mother about her day and which foods she liked. Her host mother listened and surprised Tania the day before her departure, with bastilla – a traditional Moroccan dish typically reserved for weddings, due to time required to prepare it.

In the end, Tania says, “NSLI-Y is something I’ll never forget. It is money well spent. I can’t wait to get more people to learn more languages. I built friendships I won’t forget. It broadens your horizon.” At the same time, she advises fellow NSLI-Y participants from a similar background: “Don’t be afraid to share your [Latino] culture. Be proud of who you are. You are an American, but you are also a Latino/a. You have two cultures in you. Embrace this third culture, as well.” Finally, she adds, “Don’t take [Latino] food for granted. You will miss Latino food!”

Tania is a freshman at Indiana University (IU) Bloomington, double majoring in Arabic and International Studies with a Human Rights Concentration and minoring in Portuguese. She continues developing language and cultural skills through Arabic poetry nights, movies, and dancing and making Arabic friends at IU. She plans to eventually go to law school and work in foreign affairs.

Tania Ramos is currently studying at Indiana University (IU), where she is majoring in International Studies with a concentration in Global Development, a certificate in Businesses Foundations and a minor in Near Eastern Languages and Cultures. She also volunteers as an English tutor for ESL elementary school students in her area. “I give back to my community in this way because I know how hard it can be when one does not know the language and the challenges people can face because of it.”

The summer of 2016, Tania received the Foreign Language and Area Studies (FLAS) Award for the Summer Language Workshop at IU. She then received the Arabic Flagship grant, which allowed her to be a part of the pilot Flagship class at IU.

She is currently in Amman, Jordan on the Critical Language Scholarship (CLS) program studying Arabic. Of her NSLI-Y experience and subsequent opportunities, Tania shared the following: “I have not only learned new language but have gained an entirely new mindset! It is important to exchange our world, travel, and especially learn languages!”