How NSLI-Y Led to International Law: Julius in China

Julius Mitchell says he began studying Chinese by accident. He had studied Spanish in his middle school in Chicago and had hoped to continue it in high school. When registering for language classes at his math, science and world language high school, he listed Spanish as his first choice and, on a whim, listed Chinese as his second choice. When he was placed in Chinese classes, he was shocked at first, but quickly fell in love with the language. He especially enjoyed using a different part of his brain to learn and write characters. This lucky “accident” also led him to apply for NSLI-Y, and he participated in the 2008 summer program in Shanghai.

Upon arriving in China, there were several challenging cultural differences. One was that he did not see people of varied ethnicities walking down the street like he would in Chicago. As a result, he stood out as an African American. This caused him to receive a lot of attention that sometimes made him feel uncomfortable. People would ask him lots of questions, would want to touch him, and would doubt his U.S. citizenship. He turned to his resident director and language teachers for support and to better understand the cultural reasons behind this behavior. He also began journaling regularly, which let him gain many of the realizations that helped him overcome culture shock. As his language skills improved, he was also able to communicate with people to understand their intentions and as a result, to turn these experiences into opportunities for cultural exchange. He would frequently discuss his family history and the diversity of the U.S. with people. Before long, he felt comfortable in China and developed a deep interest in the culture and language. 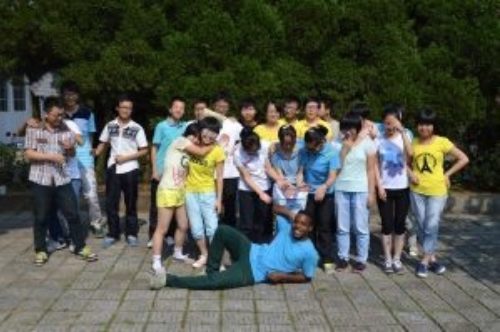 Julius says that his time on NSLI-Y was a pivotal, unforgettable experience for him. As a result, he looked for universities with strong Chinese programs because he knew he wanted to continue to study Chinese and travel to China. He decided on Yale University. At Yale, he completed a dual degree in Political Science and Ethnicity, Race and Migration, while he continued to study Chinese. As a first year student, he received the Richard U. Light Fellowship, a Yale fellowship for language study in East Asia. With this scholarship, he studied at Associated Colleges in China, an intensive immersion program at Capitol University of Economics in Beijing. After completing his bachelor’s degree, he lived to China for two years through the Yale-China Association as a teaching fellow. Through this fellowship, he was able to spend two years in different rural cities in China. He fondly remembers how eager and hard-working his Chinese students were. Julius also remembers his friend and tutor that would help him with his Chinese on a daily basis and even assisted Julius in reading The Old Man and the Sea in Chinese. 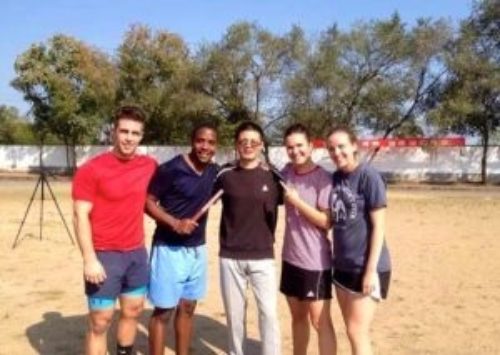 When he returned from China, Julius was a paralegal at GE, where he had the opportunity to use his language skills on projects that involved legal issues in China. He is currently pursuing a law degree at Harvard University and interning at Cleary Gottlieb Steen & Hamilton LLP, an international law firm in Washington, D.C. Julius plans for his future career in law to continue to have an international dimension, especially with China.

Julius believes NSLI-Y has played an important role in his academic and career successes. His NSLI-Y experience has captured the interest of every employer he has interviewed with, and he even wrote his college essay about his impressions of China and how he overcame cultural misunderstandings: “I couldn't have done this without NSLI-Y providing the opportunity for me to go abroad and have such a rich experience.”