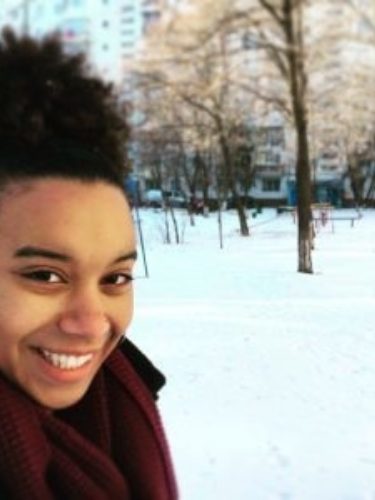 Morgan Batiste-Simms, of Missouri, TX, attends a Global Studies Academy at William P. Clements High School. When a speaker presented on NSLI-Y at her school, Morgan was instantly excited. She applied with Russian as her first preference because she had always been interested in Russian history and culture. She had also studied Latin and Greek in school and wanted a new challenge. She chose to apply for an academic year because she wanted more time to learn the language and to better understand her goals for the future.

She was selected to participate in the 2016-17 academic year program in Moldova and confesses that she was not sure where Moldova was at first. Having a passion for history, Morgan looked forward to learning more about the Russian language and culture. Upon arriving, however, she realized that she had an opportunity to also learn about the way the Russian language and culture had influenced other cultures and societies over the years, which was something she had not considered before. She learned a great deal about the Soviet Union and how actual people who experienced it still feel about it—something she says she could never learn from textbooks or U.S. classrooms.

Being Jamaican-American, Morgan stood out in Moldova. People would sometimes stare and some would ask her questions about her background. While this was uncomfortable at times, she found that this provided the opportunity to talk to more people in public and to practice Russian. Another challenge was being vegetarian in a culture where vegetarianism is not common. After discussing her perspective with her host family, however, they were respectful of her decision.

Morgan’s host family mitigated culture shock by helping her understand cultural differences. Once she was sitting on the ground in the park, and an older woman came up to her and told her she should not sit on the ground. She later asked her host family about the incident and they explained to her the cultural reasons and clarified that this is something only the older generation believes. Her local coordinator and resident director also served as very helpful cultural guides and provided historical insights. 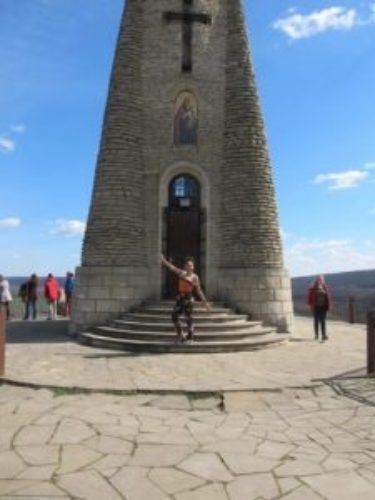 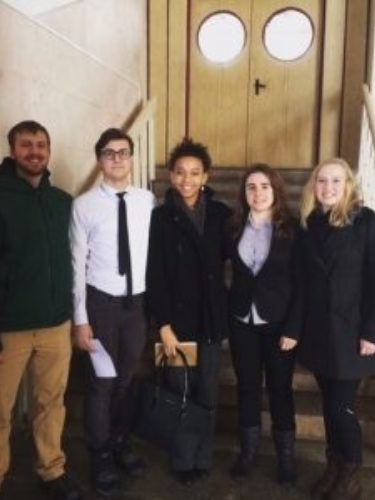 Morgan says her NSLI-Y group considered each other family. Even when there were small disagreements, they were always there to support one another. They had get-togethers in the park, celebrated birthdays, and enjoyed many cultural excursions. If one person didn’t understand a language concept, another member of the group would volunteer to tutor them in a café after class. Morgan says that while homesickness was most challenging at Christmas time, the group support made a big difference.

For language learning, Morgan thrived in the structured environment and loved the daily language classes. She spoke in Russian with her host family, as well as friends in the community and strangers in passing. She always carried grammar and verb books. She also studied other subjects in Russian, such as Roman mythology. She realized eventually that Russian has some of the same cases as Latin, which helped her better understand and use them.

One of the things Morgan loves most about being able to speak Russian is that she can read works of literature in their original language. Her current summer reading assignment for English class happens to be Crime and Punishment, so she is reading it in Russian. She is also a musician and loves being able to read the notes in the music in Russian pieces. She also enjoys the “wow” factor when she surprises someone with her language skills. 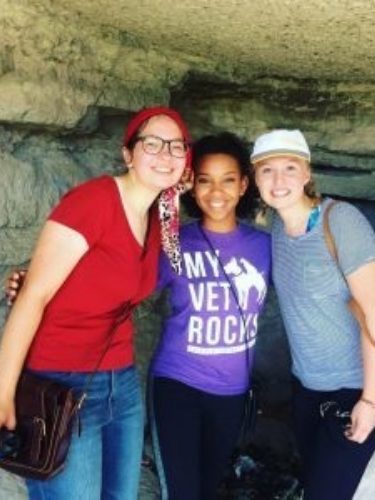 Morgan is now considering two possible career paths. One of her loves is veterinary medicine, and she currently works at Cy-Fair Animal Hospital in Houston, the clinic featured on the Animal Planet show, The Vet Life. She is considering double majoring in linguistics and veterinary medicine and hopes to work with an international vet organization such as World Vet. Depending on the college she attends, she may also join the Marine Corps and become a crypto-linguist using Russian. “NSLI-Y has impacted my goals 100%. I never would have considered working for World Vet or joining the Marines if it weren’t for NSLI-Y.”

Morgan’s advice for others interested in NSLI-Y is to keep an open mind and be flexible. “Having an open mind allows you to see things from many perspectives you would never have otherwise taken into account. Rather than being put off by cultural norms, you can appreciate and learn from them.”