Whether through public speaking, research projects, or global cooperation and diplomacy, NSLI-Y participants are constantly developing skills to advance international dialogue and compete effectively in the global economy. Explore how NSLI-Y students prepare to be global citizens below. 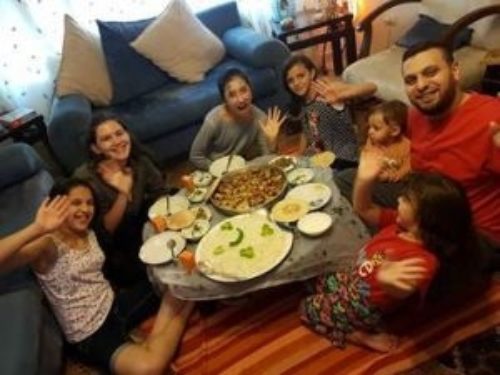 NSLI-Y Arabic participants visited EcoPeace, a local organization that aims to bring Jordanian, Palestinian, and Israeli environmentalists together. People throughout the region are dependent on the same natural resources and participants had the chance to learn how maintaining these natural resources is key to promoting peace and security in the greater region. During the lecture, the speakers shared some of the primary environmental challenges that Jordan faces. 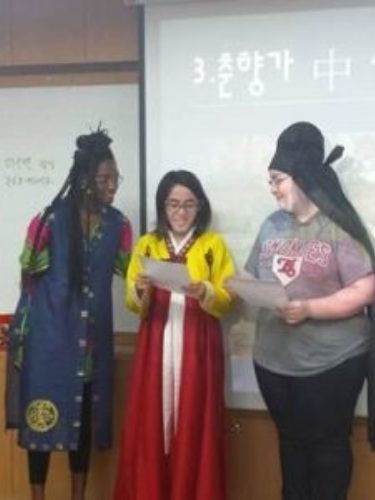 NSLI-Y Korean participants in Jeonju acted out scenes from a Korean pansori performance during their music class over the summer. Pansori originated in the 17th century during the Joseon Dynasty period and Pansori declined in popularity in the 20th century due to a combination of Japanese colonial occupation and post-Korean War westernization. In recent years, it has experienced a revival, particularly after its designation as a “Masterpiece of the Oral and Intangible Heritage of Humanity” by UNESCO in 2003. Pansori traditionally has twelve stories that are acted out, and NSLI-Y participants performed five of the twelve acts in this week’s music class. 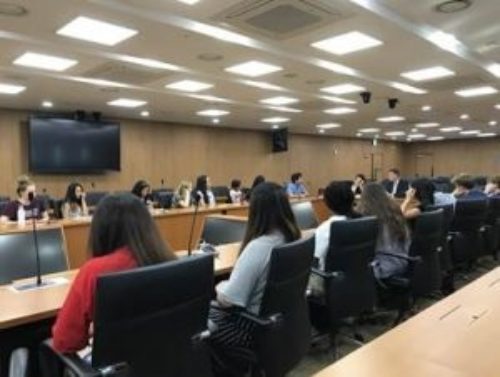 NSLI-Y Korean participants also had the opportunity to visit the UN Green Climate Fund (GCF) in Songdo. Communication Senior Specialist, Michel Smitall, briefed the students on the GCF activities and the current situation related to global warming. During the meeting, students discussed what they can do as global citizens to help slow down climate change around the world. 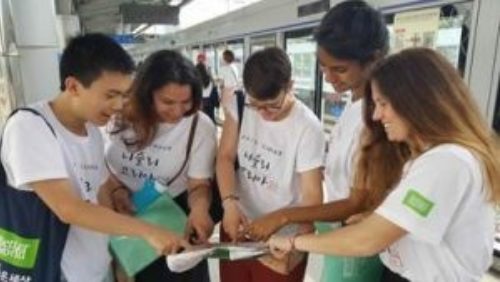 During the arrival orientation in Seoul, NSLI-Y Korean students were tasked with exploring various hot spots in Seoul in groups of five led by supporters and 2014 NSLI-Y alumni. They learned how to charge their own transportation cards, ride the subway, and how to use different bills and coins of Korean currency while interacting with locals. Diogene reflected on the activity, “One of my favorite parts of the orientation was the Seoul Survival Trip – we learned to take the subway on our own, and we went to an Artbox for the first time. On the last day of orientation, prior to meeting our host families, we acted out skits based on situations prior NSLI-Y students had with their host families. They were incredibly funny and helpful – it definitely helped set a confident mood to meet our families.” 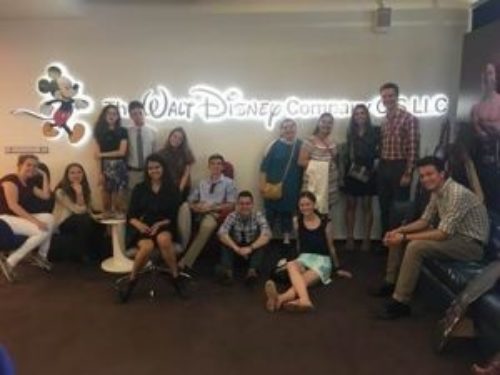 NSLI-Y Russian students had an exciting visit to Russia’s headquarters of the World Disney Company, where they were warmly welcomed by some of the company’s most senior staff. Students were thrilled to learn about the company’s work in Russia, its major achievements outside of the U.S., as well as the nature of relationships with other international offices – all topics highlighted in the insightful presentation prepared by Disney. The NSLI-Y students were very engaged in the discussion and were particularly curious to learn about the challenges that a large and widely-recognized multinational corporation such as Disney faces or might face when working with the Russian market, how the Russian office is different from the one in the U.S., which strategies the company implements to localize the content, and how this could be done while still trying to promote the universal values enshrined in Disney’s global mission.