At the pre-departure orientation in August 2016, I was first introduced to the idea of the U curve. This concept is so widespread throughout the study abroad community that it has become standard practice in cross-cultural training programs. Yet, when I learned about it, I felt that it was a little too simplified to actually represent my emotional state in the coming nine months. With so many other things, on my mind, however, I accepted the theory and moved on.Throughout­ my nine months in Korea, I wrote daily journals documenting how I felt and what I did in the course of the day. Using these journals as a data source, I researched the U curve and two other psychological models, namely the Contact-Disintegration-Reintegration-Autonomy-Independence Model and the Stress-Adaptation-Growth models, and applied and reflected on these three models to the experiences recorded through my journals. Though I will delve into the research and background of each model, this is not an objective study, nor is it something that should necessarily alter your own expectations for your experience. I can only hope that it gives you more perspectives and ways of thinking about your study abroad.

Now that you have learned a bit about the evolution of the concept of culture shock, let’s explore our first psychological model, the U-curve or W-curve. Here is an example of the W-curve: 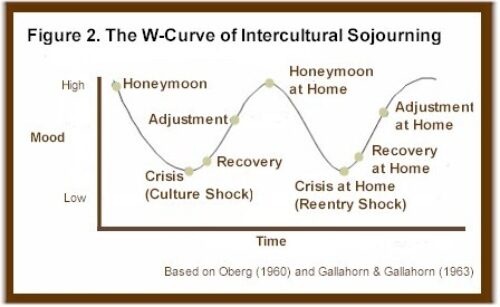 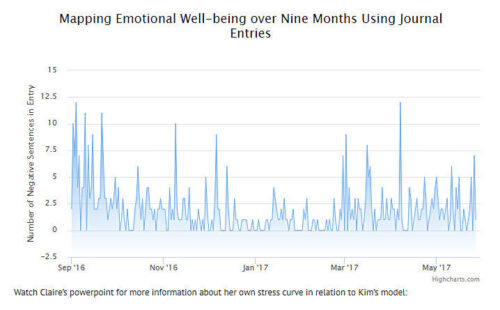 As you can see, one's experience with culture shock may not follow a simple U or W-curve, but will rather be a series of many ups and downs. In the following powerpoint presentation, Claire highlights some of her highs and lows on the program. You can use the dates to see where these moments correspond to the graph above.