In this post, Claire Yang discussed the commonly used “U-Curve” model for visualizing “Culture Shock.” As part of her internship with her NSLI-Y implementing organization, Claire analyzed her personal journal and graphed the highs and lows she encountered. Claire’s highs and lows arrived and changed in a seemingly chaotic flurry, the ebbs and flows undulating with no obvious pattern. The “U” shape was not clear. Moreover, Claire discussed how she felt the lowest lows at the very beginning of her time overseas, when she first arrived in Korea, complicating the “honeymoon period” that is meant to mark the beginning of the “U-Curve.”

Claire’s curve showed the complexity of emotion that she experienced as a NSLI-Y participant and prompted her to question the usefulness of presenting the “U-Curve” or “W-Curve” to study abroad participants. Claire completed a research survey of alternative models that NSLI-Y or other study abroad organizations might use to prepare their participants to be successful in an intercultural context.

Claire introduced the work of Young Yun Kim, a scholar and author of “Becoming Intercultural: An Integrative Theory of Communication and Cross-Cultural Adaptation.” Kim argued that the process of cultural adaptation is nonlinear and complex. According to Kim, a “stranger,” or a person in a strange environment, encounters a stress factor, and they might not feel adequate enough (or might not have the skills) to meet the demands of that stressor. The stranger experiences a “drawback-to-leap,” or a period of withdrawal. After this withdrawal or “drawback”, the stranger adapts to the challenge by internalizing part of the host culture. This process results in continual growth. Unlike in the “U-Curve” model of culture shock, which envisioned culture shock as an obstacle to overcome, Kim’s Stress-Adaptation-Growth model frames culture shock as a learning process. The struggles are an integral part of adaption and growth. You must drawback to leap forward. 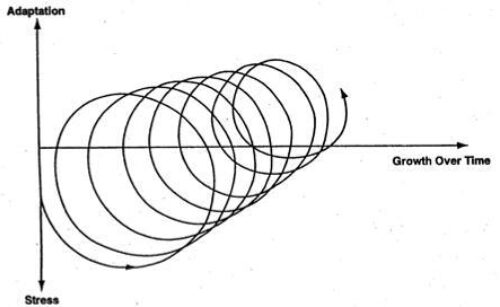 The stress-adaptation-growth model assumes diminishing returns over time. As Claire writes, “the stress is the greatest in the beginning and lessens over time, as more growth occurs, so when faced with a new conflict, the individual recognizes how to approach it and has a lesser stress.”

Claire compared Kim’s Stress-Adaptation-Growth model to her own “stress curve” (number of negative sentences in her journal over time). She then categorized her lows according to the type of stress-factors (i.e., interpersonal relationships, unfulfillable demands, homesickness, etc.). She did find that her lowest lows occurred at the beginning of the program and over time, as she encountered similar stress-factors, the amount of stress she reported in her journal, also decreased. 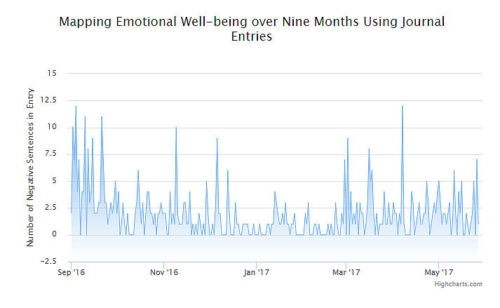 Watch Claire’s powerpoint for more information about her own stress curve in relation to Kim’s model:

Claire concludes, “I believe that intercultural training and the way we model the student psyche has a huge impact on our state of mind when thinking about our emotional experiences. While reading my diary, I noticed that I started to feel down several times, I would reference it as ‘descending on the u-curve.’” Claire added that she thought that if she had learned about other models along with the U-curve model, she would have been better able to reflect upon her emotions in a broader context of how she was growing and learning.

Have you studied abroad or participated in the NSLI-Y program? Did you find that your experience more closely resembled the “U-Curve” model or Kim’s Stress-Adaptation-Growth model?

Claire is from Eden Prairie, Minnesota. She is currently enrolled at the University of Minnesota where she is planning to study Computer Science and Asian Languages and Literature. See Claire’s interview here.