Not Just Another Day at the Beach

Sofia is from Mililani, HI and participated in the 2017 Korea summer program.

I’ll be honest, my time with my host family wasn’t easy in the beginning. My host family and I were both very shy, and to make matters worse, none of them spoke English very well, with the exception of my little nine-year-old sister with whom I still couldn’t discuss international affairs or the intricacies of South Korean culture with. I was disappointed because I knew that the riveting and eye-opening discussions about culture and politics that I had hoped to have would not be possible with my family. I was envious of my friends who could rely on their host parents to be translators or to confide in about their homesickness. I felt so overwhelmed and alone at first, that I abandoned all hope of ever fitting comfortably into their home. Thankfully, my ignorant eyes were opened one afternoon at the beach. 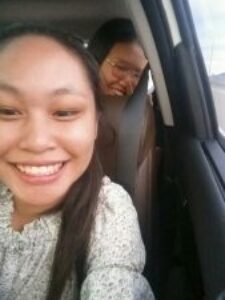 It was a Saturday afternoon, and I had just gotten back home from the Asian Beat Festival. Usually, I would get back later, so I wouldn’t have to deal with all the awkward silence, mostly because I myself am a pretty awkward person, but the language barrier didn’t help. This afternoon though, I felt so tired that all I wanted was to curl up in my bed and take a nap. I was still reeling from the memory of seeing NCT-127 just a few rows of auditorium chairs in front of me, and even more dazed knowing that I had the entire fifteen minutes worth of their performance recorded, zoomed in, and in HD, on my camera to enjoy whenever I wished. But I came home and I barely had ten minutes to breathe before I was whisked off to some unknown place in my host family’s brand new car--which I distinctly remember was brand new, because the proud smile on my host mom’s face when she led us to it is a rare, precious memory I won’t soon forget. I sat in the backseat, but to my surprise, my two sisters were insisting upon something that I didn’t understand, until I saw that instead of them sitting next to me, my host mom had pulled down the backseat, and they were sitting on top of it, in the trunk, grinning as wide as two Cheshire Cats. Deja vu washed over me as I felt myself matching their wide smile. When I was their age, I had done exactly the same thing. I would crawl over the backseat of our family’s van, and pretend I was Indiana Jones as I rappelled down using a seatbelt as a rope. For the first time since I’d met them, I found myself being able to relate to these kids, rather than just feeling uncomfortable because of our age difference and the language barrier. 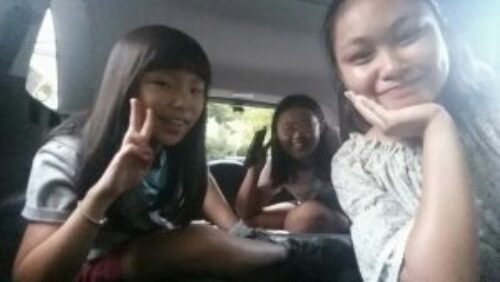 By the time we arrived at our destination--and by now I had figured out that we were going to the beach--there was a beautiful peach sunset in the sky, a match even for the ones I saw at home in Hawaii. As soon as I stepped out of the car and felt the sea breeze against my skin, I felt a wave of familiarity wash over me again. My sisters ran straight to the water, and although she was fully clothed, the youngest didn’t hesitate to get herself soaked. She regretted it later though, and my host dad had to carry her around on his back because her socks and shoes were all soaked. It reminded me so much of my dad and I when I used to ride around in the water on his back. They splashed around while my mom fussed about them getting wet or falling in. They just kept on playing without any regard for her words, and the scene was so much like something I’d seen before, I felt a spark of warmth in my heart. I felt so at peace as I bided my time in this comforting, familiar scene, that it didn’t even matter that I couldn’t perfectly understand everything they were saying. We had a delicious seafood dinner, and then we drove home, this time with my sisters still damp and sitting beside me in the backseat. I remember feeling so guilty, that all of those times I had stayed out late with my friends, I could’ve been here with my host family. Why had I avoided them when I could have had so much fun with them, whether or not I fully understood them? I was scared and embarrassed when I shouldn’t have been at all. 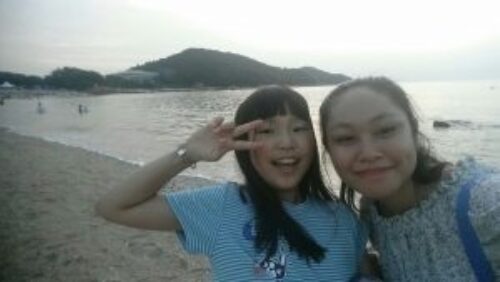 On that afternoon that I spent at the beach with my family, I didn’t have a lengthy conversation about culture, or politics, or anything at all. We didn’t say much because we couldn’t, but it was then that I realized we didn’t need to. That afternoon, through nothing but my little siblings’ antics at the beach, my poor attempts to use my intermediate-novice level Korean skills, and a delicious seafood dinner that I don’t plan on forgetting anytime soon either, I realized that this family that I had felt so disconnected from initially, was a family just like the one waiting for me at home, on the shore of another beach somewhere far away. I couldn’t understand too much of what they said, nor could they understand me, but none of that mattered. They cared for me and accepted me as if I really was a part of their family, and I wanted to return that favor from then on. 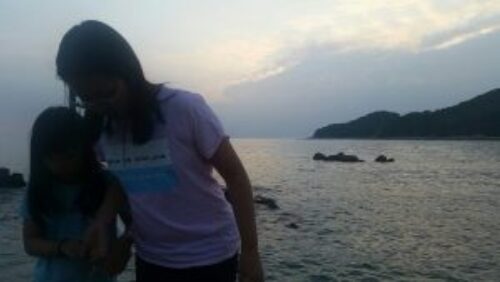 It was from this memory that I truly realized that no matter how foreign it had all felt to me in the beginning, no matter how frustrated I was that I couldn’t communicate effectively verbally, and no matter how far away I was from my own home; my own family, this place, and these people were far more similar to me than I’d so naively thought. The emotions I felt were not foreign to them, and although we spoke different languages, they recognized the expressions on my face as expressions they’d worn themselves at one time or another. Because in the end, we are all humans, living day by day, and weathering the same storms of life together. NSLI-Y, and this precious memory of my host family, reminded me that no matter how different we may seem--and no matter how important and beautiful those differences are--everyone on this planet shares a special, human connection that ties us together. For me, this was the lesson I took away from that summer. Through this incredible opportunity to study abroad in South Korea, I learned to be more accepting of our differences, even more conscious of our similarities, and I formed a bond with a family thousands of miles from my home that I will treasure for the rest of my life.