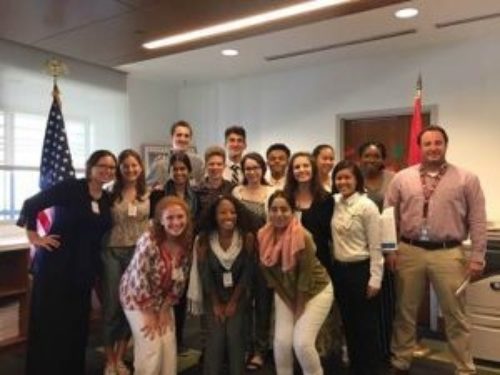 NSLI-Y Arabic participants had a busy day after the Eid Al-Fitr holiday starting with their Arabic classes in the morning and a safety and security briefing with representatives from the U.S. Embassy in the afternoon. The briefing was followed by activities with the Local Coordinator and preparations for the NSLI-Y final program projects. Students concluded the day by meeting their language partners. On June 29th, another NSLI-Y Arabic group visited the U.S. Embassy in Rabat. They were excited to learn more about possible future careers with the Foreign Service. They also had a security briefing concerning how to stay safe while in Morocco. 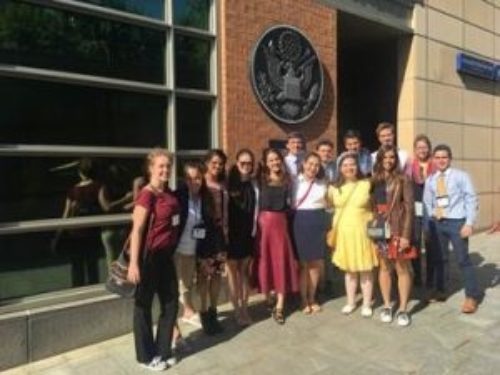 On June 27th, the NSLI-Y Russian students were cordially welcomed by the U.S. Embassy in Moscow, where they met with Embassy staff. Ms. Michele Peterson, Cultural Affairs Officer of the U.S. Embassy in Moscow and overseer of professional and academic exchanges, and Mr. Vasilli Alafogiannis, Regional Security Officer briefed the students on how to stay safe and secure in Moscow (covering in particular “hot topic” for today – cybersecurity), shared with them their personal career highlights and experiences, and offered some valuable tips on how to successfully navigate the host environment. This experience was particularly insightful, considering that many NSLI-Y students have indicated an interest in pursuing careers in foreign affairs.

Prior to leaving the United States, the NSLI-Y Russian group had its Pre-Departure Orientation in Chicago, Illinois. At the PDO, students had the opportunity to hear about career opportunities in the U.S. Department of State from Recruitment and Outreach Officer Vayram Nyadroh. Nyadroh, who joined the U.S. Department of State in 2009 as a Foreign Service Officer, shared her own experiences as a learner of world languages and her career path to the State Department, where she has served at U.S. Embassies in Guatemala and Afghanistan. Her number one piece of advice for these young students of Russian? “Allow yourself to make mistakes in the language. No one ever progressed in learning another language without making mistakes.” 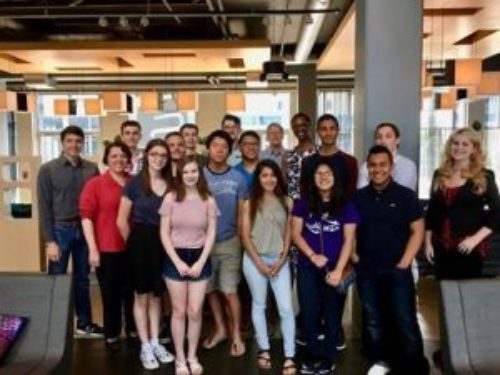 In the second week in Korea, the NSLI-Y Korean participants went on a tour of Seoul, beginning with a visit to the 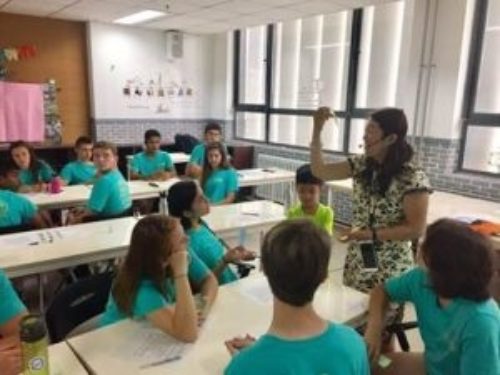 U.S. Embassy. During the visit, students learned about what kinds of services the U.S. Embassy provides for American citizens in South Korea. They were also introduced to other scholarship opportunities they can apply for in the future.

Before traveling to their host city, the NSLI-Y Chinese group going to Xi’an made a stop in Beijing and had the opportunity to visit the U.S. Embassy. While at the Embassy, students received a security briefing and learned about future possibilities to serve in the U.S. Foreign Service and other positions representing Americans in China. 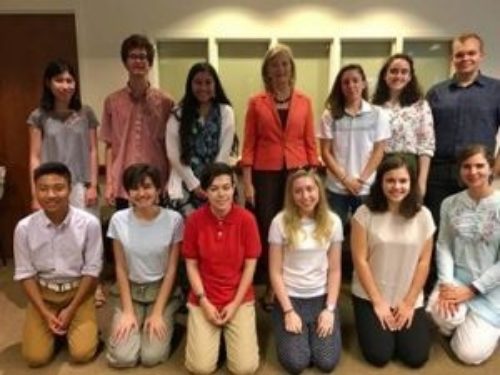 The NSLI-Y Persian students' highlight of the group’s first week was a visit to the U.S. Embassy in Tajikistan on July 3rd. The students were welcomed by the Cultural Affairs Officer Christopher Davenport and then had a chance to meet and speak with the U.S. Ambassador to Tajikistan, Elisabeth Millard. Ambassador Millard spent a long time with the group talking about U.S.-Tajikistan relations, the role of an ambassador and the Embassy’s work in Tajikistan, her career path, economic development and trade in Tajikistan, as well as the interesting geopolitical challenges that face the region.