Whether through public speaking, collaborating on research projects, or learning about global cooperation and diplomacy, NSLI-Y participants are constantly polishing skills that will become and already are vital to surviving and thriving in the twenty-first century. Explore how NSLI-Y students prepare to be active participants in modern global conversations below. 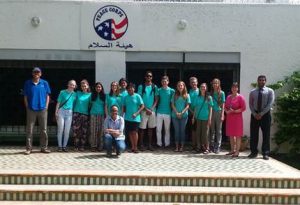 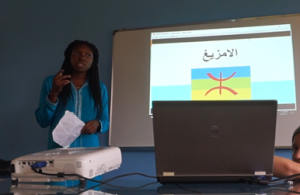 order to successfully complete their Arabic courses this summer, another NSLI-Y another NSLI-Y Arabic participant group gave oral presentations using their new language skills. Each student prepared a 3-5 minute presentation on topics ranging from their host family in Rabat, places the group visited in Morocco, to the difference between Arabic and Farsi, and the Amazigh (Berber) in Morocco. After the presentations, the students answered questions in Arabic pertaining to their speeches as well as their daily life in Morocco. 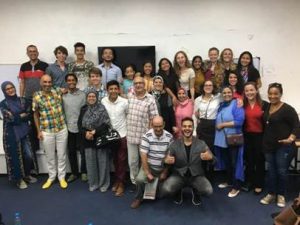 On August 12th, the second to last day in Morocco, NSLI-Y Arabic students presented for five minutes in Arabic about a topic of their choice. Topics included djinns, soccer, making Moroccan tea, fasting, the French language in Morocco, and others. Students’ host families were invited to attend, and at the end of the presentations, students got up in front of the group to thank their families. 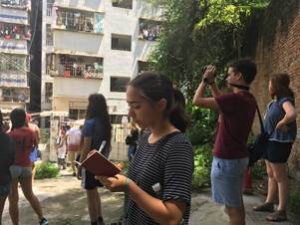 anthropologist Mary Ann O’Donnell for a tour of Baishizhou, which is a traditional working-class area of Shenzhen. O’Donnell led students on a “silent exploration” of the micro-environments within Baishizhou, stopping at multiple locations to allow students to record notes and photographs. Following the walking tour, she facilitated discussions among students about the noticeable and important features of the area and Shenzhen’s recent development. Students noted that the experience had a deep and meaningful impact on their perceptions of China, and helped them to better understand the “behind the scenes” lives of China’s rapid development. 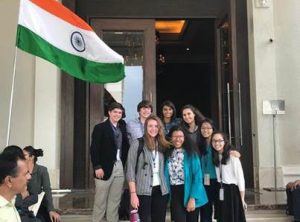 leadership experience. Some issues debated at Shishukunj included the refugee crisis, South Asian security, and reforms in peace-keeping operations. Several NSLI-Y participants took a role at the conference and won awards for their efforts. Participant Alia Adler received best position paper and Olivia Hoynes was also recognized for her paper presentation. In addition, current participants met NSLI-Y alum Graham Roeger, who was in Indore to see his host family and reconnect with those he met on program. All participants enjoyed meeting local students and learning more from one another.

For the final week in Xi’an, the NSLI-Y Chinese participants not only completed their language classes, including 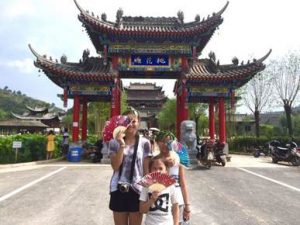 final oral and written language evaluations, but they also presented their Culminating Projects. In addition, the final group activity was a visit to the Xinxin Nursery School, which is a care center for young children with autism or other disabilities. Students spent time with the children – talking, drawing, and playing with them. They felt that they learned something about the care of children with disabilities in China while at the same time enhanced the experience for the children and helped the center. The students also took advantage of their last few days with their host families. The students have found that the host family experience was the most influential, giving them a chance not just to improve their language, but more importantly to really gain a deeper understanding of Chinese culture and family life.