Allan is from Burke, VA and participated in the Arabic program in Morocco.

At school, Allan sat next to a girl from Morocco and learned about the diversity and beauty of her country. Yet every day when he got home to watch the news, he noticed that any mention of countries like Morocco was passed up for images of war, violence, and extremism in other parts of the Middle East and North Africa (MENA) region. 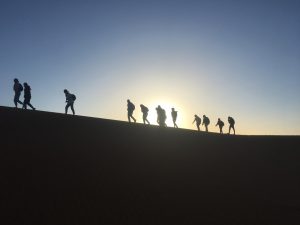 This desire to hear about Middle Eastern politics from a local perspective and to delve into positive aspects of the region often overlooked in American media is what inspired Allan to apply to the NSLI-Y program. Originally hailing from northern Virginia, he hoped his year abroad studying Arabic in Morocco would allow him to gain a more nuanced view of MENA as well as a unique lens with which to approach the world.

Allen encountered several language-learning obstacles while studying Arabic abroad. However, he overcame difficulties of memorizing new vocabulary words and case endings by practicing what he learned with locals in the community, whether at the markets or through volunteering at a center for at-risk youth. People were appreciative of his ability to communicate with them in their native languages of Arabic and Darija, 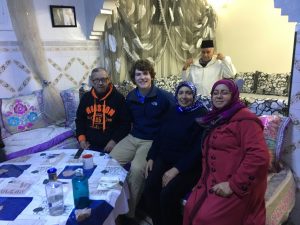 the native language of the region. Through language, Allan was able to foster friendships that may not have been developed otherwise.

Every night, Allan would sit down with his host father to go over new material. This not only strengthened his command of the Arabic language and his relationship with his new family but allowed him to accomplish what he had originally set out to do: learn about MENA in all its nuances from a local perspective. When his host father said “mizyan” - or “good job” - Allan knew that his work for the night was done. 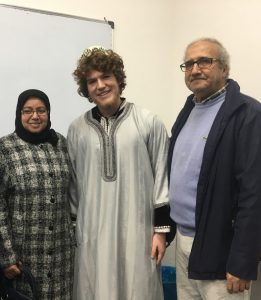 His work toward his new goals of spreading cultural awareness is far from over, though. Having only recently returned from his year in Morocco, he has already presented at his synagogue about his experience on the NSLI-Y program, dispelling misconceptions about the Middle East and Islam. He plans to continue giving presentations at local high schools, encouraging students to develop proficiency in foreign languages, apply to study abroad scholarships, and expand their worldview.

No matter where he ends up, his NSLI-Y experience has shaped his approach toward connecting across cultures, engaging in his community, and making the world a little friendlier. As his host father explained, Mizyan indeed.