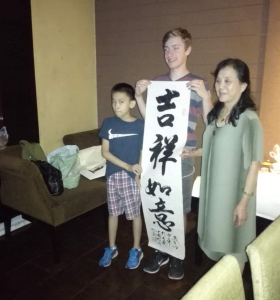 After spending a transformative summer in Xian, China on the NSLI-Y program, Andrew Leonard arrived home to his New Hampshire school district that sadly did not offer Chinese courses as a foreign language option. Andrew, like many other young Americans, looked for more language options at home. First, Andrew tried online courses; “I enjoyed learning Mandarin so much during my summer NSLI-Y program in Xi’an that I looked for virtual options back home. However, online options were not as interactive and immersive as I was used to in China. I knew other kids felt the same way. I knew there was a better option and I wanted to make it happen.” So, Andrew took the initiative and contacted his local school board and arranged a meeting with his District Superintendent. Andrew’s story resonated with the superintendent, who also studied abroad during high school and felt a similar affinity towards the importance of cross-cultural exchange. Before Andrew had even begun to contact the school board, the district had been exploring options for increased foreign languages. Andrew was tasked with collaborating with his school principal on searching for different Chinese class options and gauging the interest of the student body. The student interest was overwhelming. Due to the positive feedback, the district decided to build its own Chinese course and is currently developing the curriculum. With Andrew’s advocacy, his school is on track to become just the fourth district in the state of New Hampshire to offer Mandarin courses! 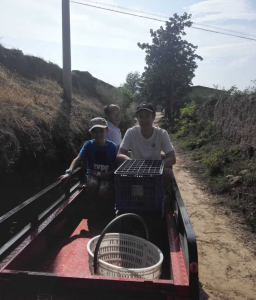 On top of his researching role, Andrew created a Chinese club at his school. The club provides exposure to Chinese language and culture, something that was generally absent from the community. The club hosted several events that included Chinese food, art, culture, and language. Like Andrew prior to his NSLI-Y program, most of the participants had never studied the language, but now are eager to learn more thanks to the club’s exciting cultural components. Although Andrew will be participating in the NSLI-Y academic year program this fall, he is proud that the club will continue, even in his absence, with a new club president.

When reflecting on his language studies, Andrew explains that the catalyst that activated his entire Chinese language learning journey was his summer in Xi’an on the NSLI-Y program. When asked about his most meaningful experiences on his program, Andrew decisively identified his host-family experiences. He recalls fond memories of his gregarious 10 year old host brother, who would barge into his room in the late hours of the night begging to chat about whatever was on his mind. During these chats they would speak a bit of Chinese and English mixed together, surprisingly being able to converse about a wide range of topics! 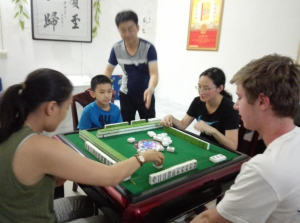 In September, Andrew will embark on the next chapter in his Chinese language learning journey on the NSLI-Y academic year Chinese program. He wants to enter the program with an open mind and soak in as much language and culture as possible. As he describes it, “My goal is to get to an advanced speaking level during my time [abroad]; through that, I believe that everything else will fall into place.” Thus far, Andrew has promoted a mutual understanding through language learning both abroad and at home. We are excited to see what lies in store for him.