Looking back on a Year of Language Advances in South Korea

Alex’s language journey began in 9th grade. Her first time walking through the many Asian markets of her hometown, Las Vegas, Alex experienced a new variety of smells, tastes, and most intriguingly, languages. “Las Vegas is one of the most racially diverse cities in America. I was fortunate to experience Korean, Chinese, and other Asian cultures first hand while growing up." 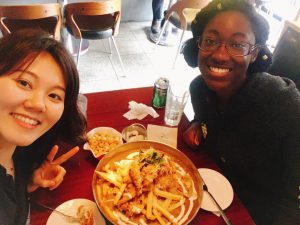 Korean culture provided the motivational spark for Alex to begin studying Korean. She did not have the option of in-person classes, so she used the resources she could find on the internet. Her favorite option was ‘HelloTalk’, which allowed her to have video conversations with native speakers of Korean.

Alex heard about NSLI-Y through several online foreign language forums. After applying to the program for the second time, Alex was accepted into the Korean academic year program in Seoul, South Korea.

While Alex was on the program, she felt a lot of support from her fellow NSLI-Y participants and her host-community. She also immediately felt the difference of studying in an immersive setting: “I was instantly put into an environment where I had to speak the language in every aspect of life. This pushed me a lot and gave me the confidence to speak Korean.” 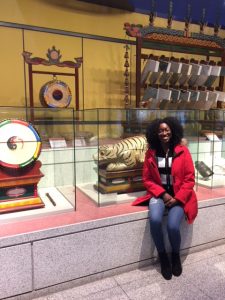 In time, Alex started to notice improvements in her skills. She was able to discuss a wide range of topics in-depth with native Korean speakers. The pinnacle of Alex’s language validation came when she met with her initial host-family (for the fall term), whom she hadn’t seen in months. They were astonished with her improvements as they witnessed how eloquently she could converse! Alex reflected upon this meeting: “Wow, [language proficiency] is what I came here to do and now it is actually becoming a reality!”

Throughout her school year in South Korea, Alex had three different host-families. Alex especially remembers the kindness shared by one host-family, a middle aged couple. “They were very busy with work, but they still took the time to go out and do activities with me. We would go to restaurants and amusement parks together. They were eager to show me their country.” 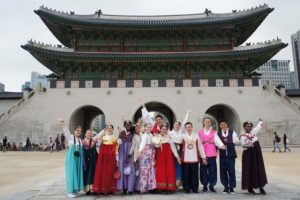 At times, Alex had to engage in dispelling stereotypes about Americans. However, her advice to future participants is, “[To] show who you are as an individual. Show your personality and character, and people will appreciate you for originality.”

This summer, Alex is making a difference in her Las Vegas community, as a Boys and Girls Club – Bank of America Student Leader. She is placed with various non-profits to craft her skills in leadership and business. Alex has the dream of one day starting an NGO that assists North Korean refugees.

This fall, Alex will be attending Lehigh University, with a plan to double major in International Relations and Economics and minor in Asian Studies.