The Crossroads of Culture in Seoul

Ashley is from Baltimore, MD and participated in the Korea Summer 2018 program.

During my time in Seoul, South Korea, in the summer of 2018, it was in my wildest dreams to go and eat my culture’s food with my host family. When my roommate and I first moved in with my host family, my host mother and father bashfully told me, “Ashley…we didn’t know was Persian was. We had to look it up!” As an Iranian-American, this was culture shock to me. Everyone in the United States knew what Iran was because of the rising tensions, but I didn’t expect that Koreans wouldn’t be aware of Iran. Throughout my six weeks, my host family learned so much about American culture and Iranian culture, while my roommate and I learned Korean culture.

The highlight of this experience was on our last weekend. I woke up to my younger host sisters shouting, “Iran’s food! Iran’s food!” Emerging from my bedroom sleep-eyed, my host father cheerfully informed me, “We’re going to the Iranian restaurant!” I couldn’t believe it. I’d been researching this restaurant for weeks; apparently it was one of the only Iranian restaurants in all of Korea, if not the only. I was desperate to go, but I lived with my family in Anyang, while the restaurant was in Jongno-gu—a solid two hours away. This was all I could think about until my host mother came into the living room, declaring it was time to leave. 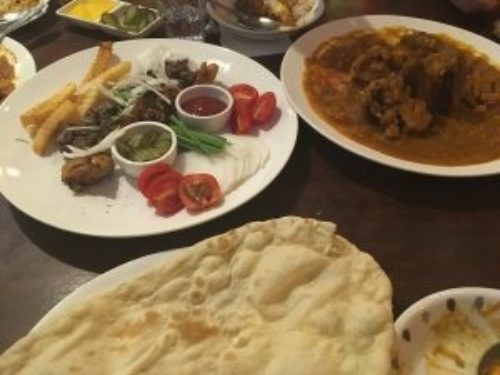 There, I felt at peace. My host family was astonished by the menus, asking about the traditional Persian decor and foods that surrounded us.I felt proud to share my culture with them after they graciously accepted my roommate and I into their home. The Iranian owner, upon discovering a fellow Iranian was in his business, treated us to free saffron tea and a bowl of ghormeh sabzi. He didn’t do this with anyone else, and often came to our table to tell us about his life in Shiraz and how he immigrated to Korea. Turns out he had a friend from the same little town my family was from!

The food arrived. We’d ordered curries, kabobs, and traditional Iranian rice. My host family, roommate, and I dug in. Quickly my host family and roommate were amazed. “It’s so delicious!” My host father said; he’d later scrape the plate clean. My younger host sister, Gowon, discovered she loved naan. The next day we’d made an expedition to the grocery store to find naan, but were sad to discover that naan wasn’t mainstream in Korea. By the end of the meal, nothing remained. We’d gobbled everything up. 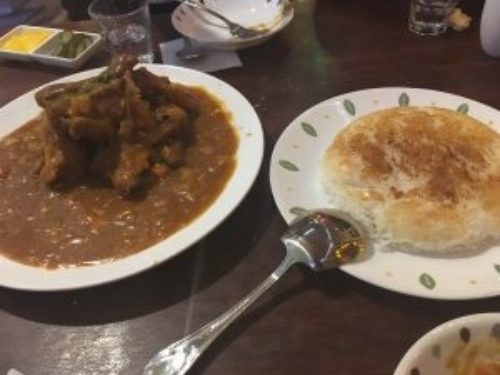 As we exited, I told the owner goodbye and thanks in Farsi, and upon going outside, my host father whispered to me frantically, “What did that mean??” I told him and he laughed. “Maybe I need to learn Persian now!” He said. “The food was so good I’ll come back here!” I never expected to be able to share my Iranian side with my host family, but I’m glad I was able to go to the restaurant with them. I felt a deeper connection; we understood ourselves a little bit more.