Vanessa is from in New Brunswick, NJ and participated in the Persian Summer 2018 program in Tajikistan. 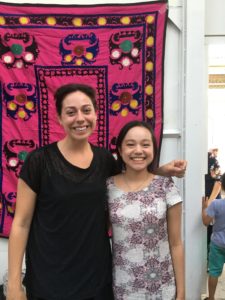 Vanessa is a language lover, plain and simple. This is apparent from the multitude of languages she is studying. Vanessa is a Chinese American, and grew up speaking both Chinese and English. She also learned Spanish in school and self-taught herself Japanese. She loves to spend hours studying the syntax and structures of languages. Her linguaphile tendencies hit a pinnacle when she participated in an International Linguistics Competition in Dublin, Ireland. At the competition, Vanessa, one of six American team members, worked to solve linguistic puzzles in both an individual and team setting. Vanessa recalls the difficult group puzzle that combined Indonesian and Emojis to create an unknown alphabet.

After studying a multitude of languages, Vanessa thought critically about which NSLI-Y language she wanted to pursue. 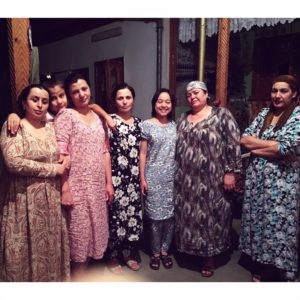 Vanessa rationalized Persian as the best option for her. She was intrigued that it is an Indo-European language with Russian influence both culturally and linguistically (such as the Cyrillic alphabet). She also saw Persian as a unique language with a linguistic crossroads between Russian, Arabic, and Turkish. Another factor that played into Vanessa’s decision was the unique opportunity to travel to Tajikistan, a country not often visited by Americans.

Vanessa studied in Dushanbe, the capitol and largest city in Tajikistan, with fellow NSLI-Y students. During a normal dayof study, Vanessa had 3 hours of intensive Persian, lunch, and then another 3 hours of language study in the afternoon. During the classes, students would have conversations, memorize poetry - such as proverbs from famous historical poets like Rumi and Saadi, and work on grammar and vocabulary. For lunch, they would walk to a nearby house to have a meal from a neighbor who would cook for the group. Vanessa participated in several cultural activities and excursions including learning traditional Tajiki dances, playing traditional Tajiki instruments, traveling to local castles, such as the Kokhi Navruz. 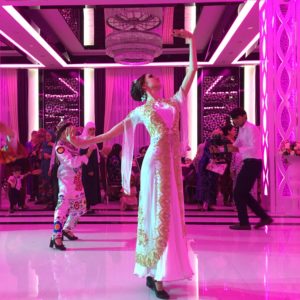 Some of her favorite moments came during time spent with her host family. One weekend, Vanessa was invited to a wedding of a host-family relative. The wedding was a spectacular full day experience held at a huge restaurant. The event consisted of famous Tajik dancers and, of course, plenty of delicious food. Vanessa was hesitant to dance at first, until an older woman expressively came up and whisked her onto the dance floor. The kindness and hospitality of the Tajik people is something that she will always remember. 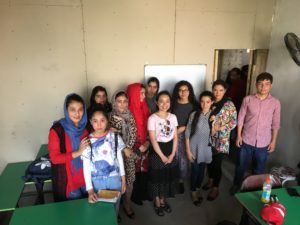 Her most memorable and eye opening experience was volunteering at an education center for Afghan refugees. At the center, Vanessa was able to talk to young students about their stories and put a face to the refugee struggle. She was able to connect with kids on a personal level, finding commonalities like their mutual enjoyment of pop music and Bollywood films.

Now back in New Jersey for her senior year of high school, Vanessa is looking into colleges with a strong Persian language program. She is also working on the second edition of her Linguistics Journal, New Semantics. Along with studying Chinese, Spanish, and Japanese, Vanessa keeps up with her Persian by talking with her host family, listening to Persian podcasts, and reading Persian proverb and story books that she bought in Tajikistan.