Hannah is from Toledo, OH and is participating in the NSLI-Y Chinese Academic Year 2018-2019 program in Taiwan. 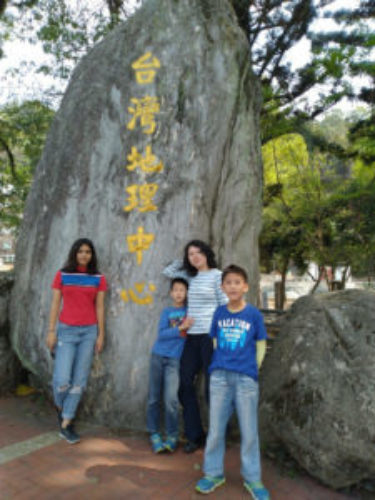 As the celebration neared, I expected my host family to start bringing up where I’d be able to locate the dancing dragon and when we would light the firecrackers. To my surprise, these two activities were not on the agenda. Each day (or 初幾天）of Chinese New Year we would be following a mix of my host family's and Chinese New Year traditions. For our family and many others in Taiwan, the first three days of celebration are the most important. Here’s my account of those very important days, and how I survived my first Taiwanese New Year! 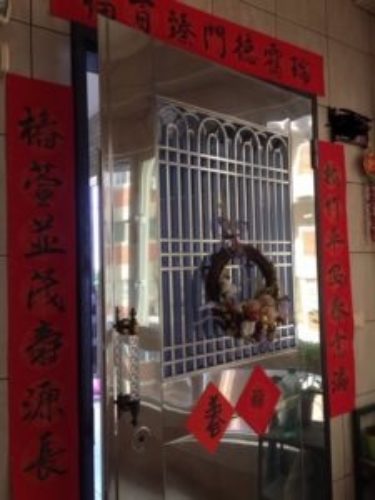 Technically this isn’t a part of the celebrations but the day before Chinese New Year started was still a very important day for my family. We woke up at 7 am, rolled up our sleeves, and cleaned the entirety of the house. Since Chinese New Year is all about starting fresh, which meant that the house had to be ready to embrace the new year. This meant organizing the stacks of comic books that my host brothers leave laying around and getting rid of the 5-pound collection of old Chinese tests (停歇) creating dust bunnies under my bed. We also put up red decorations around the house and put our wishes/common good luck phrases for the new years on the front door. After the whole house was sparkling, we headed to my host grandparents house for a hotpot dinner. Together we played a card game my host grandma played when she was younger, and watched the Taiwanese new year special on tv. At the end of the night, my grandma gave my brothers and me red envelopes (紅包!), a traditional New Years gift that contains money. We then invested our red envelope money into lottery tickets, which turned out to be a not-so-smart idea. I did win half of my money back, which was good enough luck for me!

Temple hopping on 初一 (or, the celebrations begin) 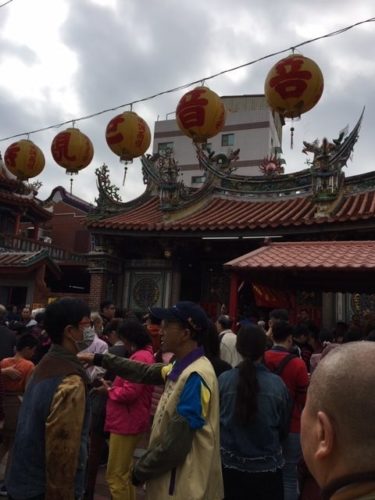 Traditionally on the first day of the New Year celebrations first start at the husband’s side of the family’s house. However, since we spent the previous night preparing with them, we instead did something a little different. On the first day of New Years, Taiwanese families will often go to temples and pray in preparation for the new year. Most will only go to one or two different temples. However, my family decided they needed all the luck they could get in the new year, and went to pray at five different temples spread around Kaohsiung. With my host grandparents, aunt, brothers, and parents all loaded up into the car, we started temple hopping around 6 am and ended around 1 pm. While all the temples worshipped different Gods, the process of praying was the same: grab a few incense sticks and bow three times and then put it in the “offering pot” for that particular God. After praying, all the temples gave us free food! Meals offered included candy, fruit, noodles, and fried bread dipped in almond milk (油條!). Some of the temples also offered purification services, which consisted of a lady with multiple incense sticks that would wave them all over your body and then correctly guess all your problems. According to the purification lady, it turns out I am healthy but need to sleep more (which could not be truer). After temple hopping, we went back to my host grandparent’s house and crashed from pure exhaustion.

I face a test harder than the OPI (初二) 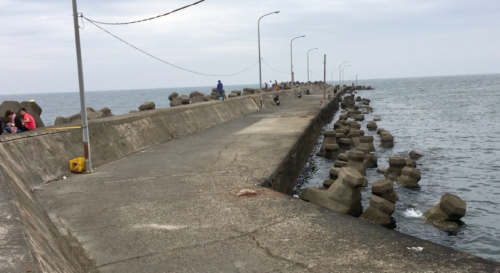 On the second day of New Years, families head to the mother’s side of the family to celebrate. My host family did the same, waking up early to beat the morning traffic to greet my other host grandma. However, since my host mom’s family lives very far away, they weren’t able to take me with them. Instead, they dropped me off at my host grandparents’ house, where I was to face the incoming horde of unknown host relatives alone. It turned out not to be as scary as I thought it would be. We ate sunflower seeds and talked about life, with my relatives intermittently switching from Taiwanese to Chinese. Everyone was unbelievably happy. I later learned this was the one time during the year that they all got to see each other since my host relatives are spread across Taiwan. It was really cute watching my host grandmother interact with her six other sisters and to hear them recount old memories and stories. While they all spoke Taiwanese for the most part, I was able to befriend a host cousin or two and talked to them about their life in Taiwan.

My Chinese New Year did not contain many dancing dragons or firecrackers, butwhat it did have in abundance was family. While Chinese New Year is about ringing in the new year, it is also about connecting with the people we love. From the relatives separated across city lines to the people no longer on this Earth, Chinese New Year is a time to reflect and cherish the bonds we have with this complicated thing we call family. Next year, I won’t be able to witness the year of the rat celebrations in Taiwan. But, I will make sure to remember the memories I have made this year of the pig with my host family and take the time to reconnect. 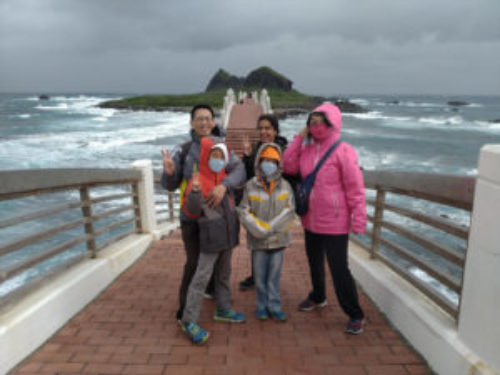