Highlights from the 2019 NSLI-Y Russian Summer program in Moldova

Check out these highlights from the NSLI-Y Russian Summer 2019 program in Moldova! 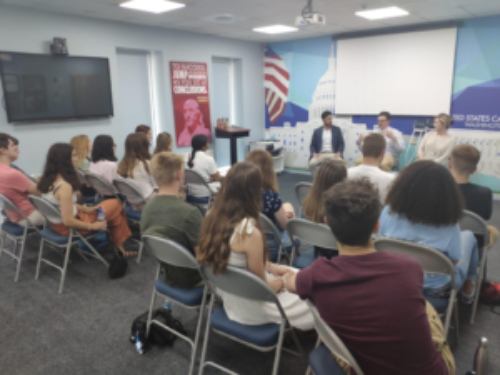 On day three in Chisinau, NSLI-Y students and staff met at the Stephen the Great statue in the morning for a bus tour of the city. Stephen the Great, an important ruler in Moldovan history, is shown to hold a sword downwards, meaning he never invaded other countries, but rather defended the country of Moldova against many invading empires in the 15th and 16th centuries. Similarly, the raised cross represents his impact on the spread of Christianity throughout Moldova. The statue is located in a park in the center of the city, known either as the park of Stephen the Great or Pushkin Park—a place several students enjoy going to as a pastime. 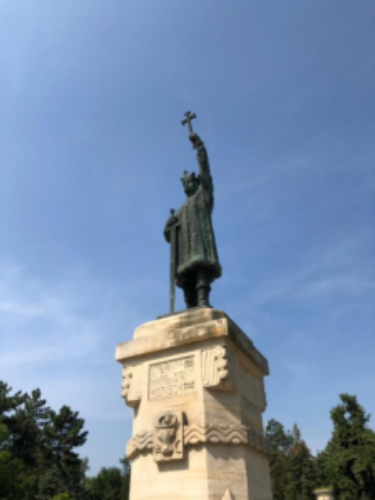 During the tour of Chisinau, along with many shops, embassies, historical buildings and parks, NSLI- Y students passed by the Eternitate Memorial. Serving as a World War 2 memorial, the statue depicts four rifles leaning against each other. Every year in May, many Moldovans gather in the park to celebrate and remember the millions of Soviets who died in the War. NSLI-Y students were amazed at the architecture and memorials within Moldova. 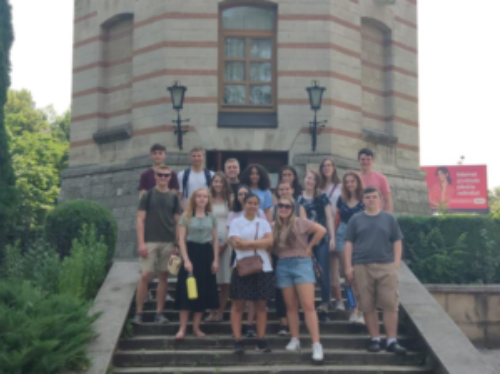 The students pose for a group shot in front of the WaterTower while on their city tour of Chisinau.

For their first night in Chisinau, NSLI-Y students Kolter, Jordan, Savanna and A.J., ate dinner at the Institutul Muncii Hotel, which included a traditional Moldovan soup called zeama. Afterwards, tthey went on a walk and discovered new parts of the city. 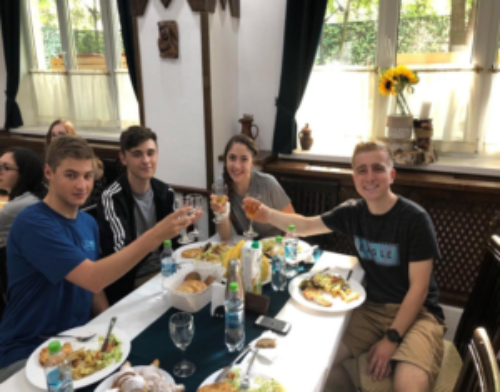 After their tour of the city, NSLI-Y students ate lunch at a Moldovan restaurant where they tried several traditional Moldovan dishes including placinta, a fried pancake filled with cheese (brinza) or potatoes. Students also enjoyed egg and meat served with mamaliga, a sort of cornmeal cake meant to be dipped in sour cream and cheese. 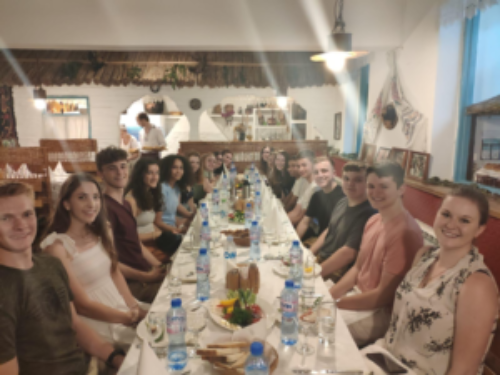