Highlights from the 2019 NSLI-Y Arabic Summer program in Jordan

Check out these highlights from the 2019 NSLI-Y Arabic Summer program in Jordan administered by American Councils. 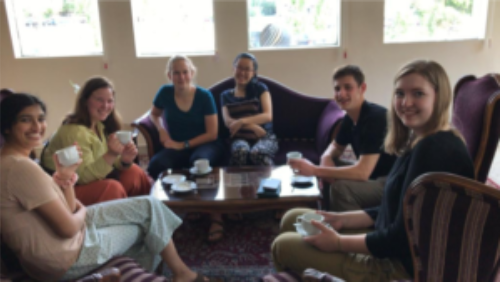 After a long day of travel, the NSLI-Y students arrived in Jordan very early in the morning on June 17th. After getting some rest, the group began their arrival orientation. After the orientation, NSLI-Y students gathered with their local coordinators at Hamada Restaurant to try Jordanian food for the first time. The group enjoyed falafel, hummus, and other regional snacks.

Taking in the Surroundings

On June 18th, the group visited the U.S. Embassy in Amman for a security briefing and welcome. The group was able to meet foreign service officers and ask questions regarding future careers with the U.S. Department of State. 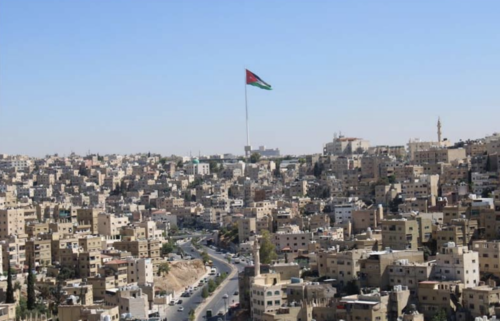 Back to Roman Times: A Visit to the Citadel

On June 22nd, NSLI‐Y students went to visit two of Amman’s most notable historic sites: the Amman Citadel and RomanTheatre.There, students heard from a local guide, who explained that the capital had been controlled by various powers, beginning with the Greeks and Romans, and later, Islamic caliphates.

While NSLI‐Y students had their first day of class at the Qasid Institute last Friday, this week was the first full week. Students were split into three different classes, with most brushing up on the Arabic alphabet and moving onto more advanced vocabulary later in the week. Students have found the teachers at Qasid to be highly engaging in their teaching styles, giving ample instruction on how to read and write while also peppering the classes with games and songs to help the vocabulary stick. Students in two of the classes had their first quiz on Thursday, putting to work their knowledge of the alphabet and essential vocabulary. 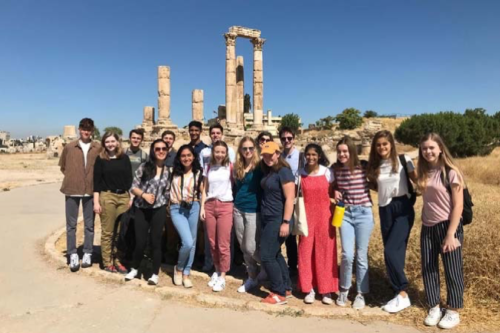 The Tastiest Lesson of the Week!

Following class on Thursday, students went to a famous local restaurant to learn how to make some of Jordan’s most delicious snacks. At the restaurant, NSLI‐Y students donned hairnets and chef’s coats as they mashed together chickpeas for hummus, rolled out the pita bread dough (خُبْز in Arabic), and tossed falafel balls into the fryer. After their hard work, students sat down as a group and enjoyed the delicious fruits of their labor. 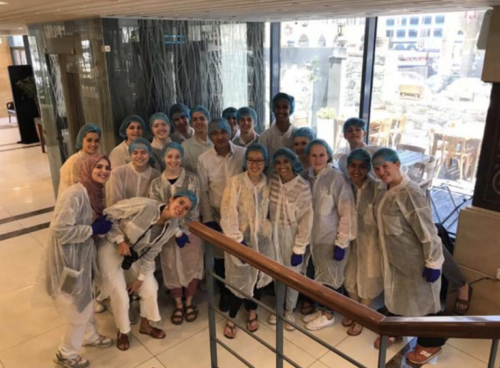 Friday is the family day in Jordan and is also the first day of the weekend. After the morning mosque meeting, NSLI‐ Y Participant Serena's host family decided to take her to the Outlet in Amman. Unlike the traditional outlets in America that are similar across the country, outlets in Amman are streets of privately‐owned stores that sell everything one can think of. Serena loved visiting the unique stores and practicing her Arabic with the locals. 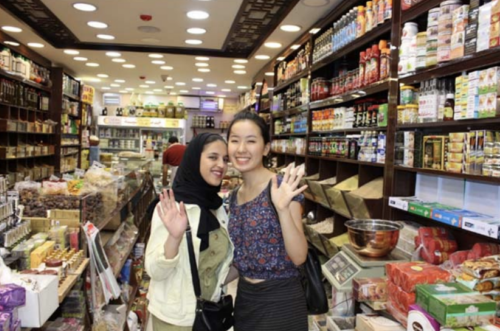 On Friday July 19, NSLI‐Y students braved the 104° F weather and journeyed to the lowest point on Earth: The Dead Sea. All students experienced extreme buoyancy in the salty water, and many opted to lather themselves in Dead Sea mud, whose minerals have restorative properties. 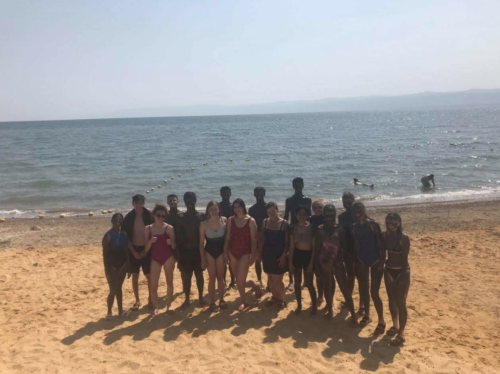 Volunteering at a Local NGO

On Saturday morning, NSLI‐Y students traveled to East Amman to continue their work with a local non‐profit organization. There, students worked together to paint tires and boxes in an effort to repurpose them as tables, chairs, and recycling bins. 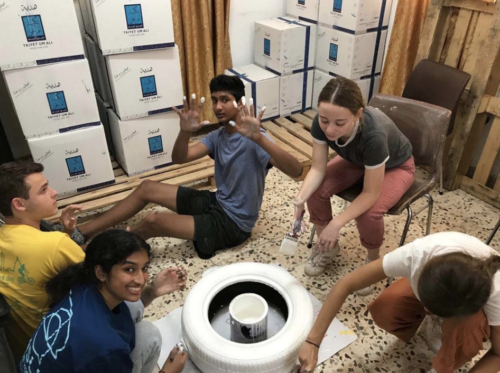