From до свидания to new friendships

Maryam is from Mankato, MN and participated in the 2019 Summer Russian program in Russia.

Русский язык очень трудно. Russian is very difficult. Whenever I tell people I am learning Russian, this is usually their first response, including Russian people themselves. I knew about the difficulty of learning Russian going into the NSLI-Y Russian Summer program as a complete beginner, but this fact became apparent for the first time when I started the first Mango Languages lesson a few weeks prior to departure. When applying to NSLI-y the only Russian word I knew was до свидания (goodbye) due to every Russian movie character saying this at some point. Unlike languages commonly learned by Americans such as Spanish and French, I didn’t have a basic set of vocabulary for Russian and had to start from square one. Like many Americans, I don’t remember ever learning that bonjour means hello and au revoir means goodbye, or that hola means hello and adios means goodbye. But in Russian, I had no intrinsic knowledge of how to even say hello. 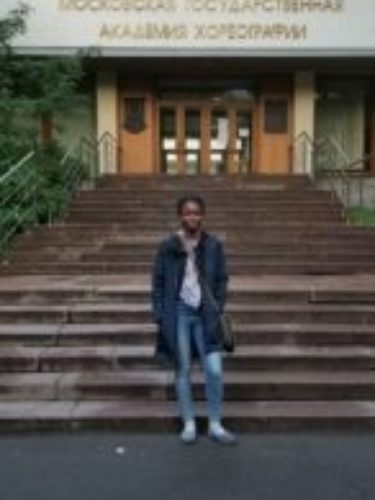 The first word the Mango languages app taught was the formal way of saying hello: здравствуйте. It took me probably a week to properly pronounce it and 2 weeks into program to learn how to spell it. When we landed in Russia, it was daunting to realize that this scary word was the most common word spoken. It was the first Russian word I uttered to passport control. You say здравствуйте when greeting your teachers, passing by adults at the academy we stayed at, when talking to store workers, and when meeting your host family for the first time. Because the word is necessary for almost every situation, naturally, my fear of здравствуйте quickly faded away. Shedding that initial fear of speaking Russian those first couple of days turned out to be more rewarding than I expected.

When we spent time with Russian students from a club at the Pushkin Museum, the first meeting was one of the first times I had to practice Russian. Although we had only been in Russian class for a few days, we tried to use the basic conversation starters such as “Как тебя зовут” (what is your name?) and Сколько тебе лет? (how old are you?). After we exhausted our Russian knowledge, we would switch to English, which was a great way for the Pushkin students to practice their target language. During one meeting, I asked a student where we would be going that day in English. The student immediately said, “Я не знаю английский язык хорошо” (I don’t know English well). Again, I tried to use broken Russian to ask her questions, or I would try to recite statements I put into a translator app. The Pushkin student always tried answering in English but would quickly switch to Russian when she couldn’t find the right English words. After about an hour, she became frustrated and almost began crying while we were on a trolleybus to a market. I felt bad since I knew the feeling of wanting to speak a new language but not knowing enough to be able to. I reminded her that both English and Russian are difficult to learn and that I had only been learning Russian for 2 weeks. As we had more meetings I soon realized that her English is actually quite good, and she gave me interesting insights into Russian culture and history and she began asking me great questions about American culture. She told me that there is a stereotype that Russians always hang carpets on their walls, and in movies Americans usually have lemonade stands and cheerleaders at their high school. Every once in a while we had to utilize a translator but overall we were able to communicate well enough to form a friendship. I even taught her new words such as “awesome”, and she showed me some Russian Sherlock memes. 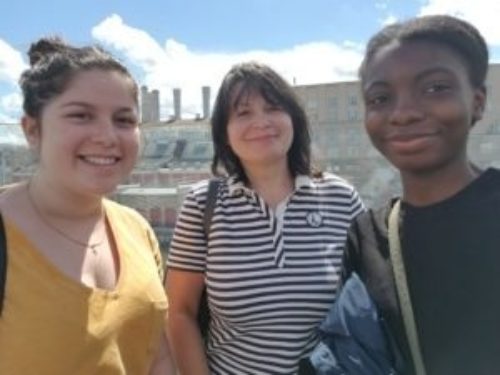 Finding out my first host mom, Karina, only spoke a couple of words of English was concerning since at the time I was unsure of how to tell her my needs with such a limited Russian vocabulary. But even with a knowledge of basic adjectives, it was much easier to express my thoughts than I expected. Only minutes after speaking she asked me what I thought of New York City, “Это очень большой,” (it is very big). I explained to her why I didn't want to eat ice cream by pointing to my stomach and saying “плохо” (bad) at an attempt to say it would make my stomach hurt. In difficult situations, Karina even put it upon herself to find innovative ways to communicate. While we were exploring the Красная Площадь (the Red Square) while our host mom stood in line to see Мавзолей Ленина ( Lenin’s Mausoleum), I got a phone call from her—except when I answered the phone it was from a British student studying in Moscow. He said in his English accent, “Hello, Maryam? Karina wants you to come back in line after 20 minutes,” After this event, I felt more comfortable with the idea that there is always a way to break the language barrier although it may be challenging, whether that be through a translator app or by finding the nearest English speaker.

As more meetings with the Pushkin students occurred, as we had more host family stays, as we continued to absorb as much Russian as possible, translator apps were used less often and it felt less and less intimidating to speak Russian. Whenever we ordered at restaurants and shopped at grocery and clothing stores, no one went out of their way to sneer or look down upon us for not having perfect Russian. Instead, workers helped and tried to understand as best as they could. Some even developed an unsterotypically-Russian smile on their face.

Only after a short period of 6 weeks, my Russian improved greater than I ever imagined. Russian remains difficult, but it becomes easier and more comfortable to digest, especially when you have the supportive and encouraging community I found during the NSLI-y Russian summer program. 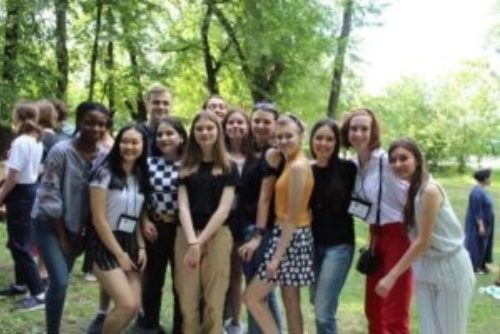