Reconnecting: Discussions with My Host Family

Tobi is from Houston, Texas and participated in the 2017 Korean Summer Program in South Korea. She is also a member of the IDEA (Inclusion, Diversity and Equality Abroad) Committee.

After my time in Seoul two years ago, I made it a goal to keep in touch with my host family. They cheered me on throughout junior year and celebrated with me when I got accepted into Yale as well. I received many cute pictures of my younger host siblings. We would constantly send messages and pictures back and forth of important events in our lives. This summer I had the opportunity to live with them again, and it made me so grateful for my host family. 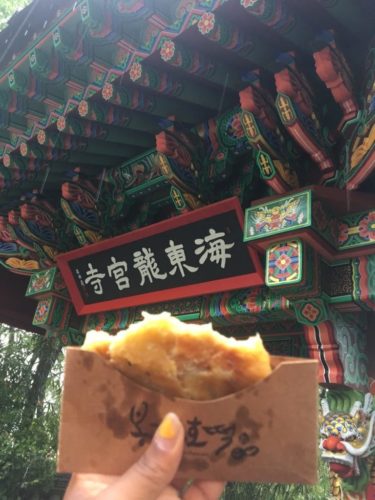 As I wheeled my suitcase into my host family’s home, a wave of nostalgia hit me. I recalled all the memories that I had made just two years ago. I saw my host sisters peek over the wall. This time they did not run away. Instead, they smiled pulling me towards their stack of toys. At dinner, conversation flowed between me and my host parents. My host dad suddenly asked me if my time during NSLI-Y was difficult. During NSLI-Y, it was hard for me to describe to my host family what it was like living as a black woman in Korea. Now, due to my years of continued Korean study, I could explain to them what my experience was like.

I described how it was strange being the only Black person in many spaces. I described the difficulty in expressing my identity as a Nigerian-American to many Koreans around me. I talked about the stares, the hardships, and the unfamiliarity of it all. My host parents listened to my every word. Sighing, I felt relieved to finally express to them what my hardships were in Korea two years ago... 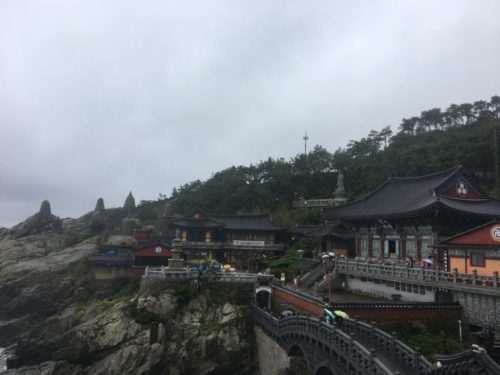 I believe one of the hardest things for me was realizing that the POC and white experience abroad can be very different. First, the stares I received in certain spaces were very unnerving. I eventually got used to being stared at, but I think it would have been better if they were mentioned to me during orientation. I think I dealt with that by engaging with my community as much as possible. There was a market near my host family's house that I would usually go to in order to buy ice cream. I began to greet a lot of the stall owners in order to soften our interactions.
Additionally, many teenagers of color that live in South Korea often get bullied and looked down upon, so it was very hard connecting with other teenagers during Hanmi Camp. Naturally, the Korean teens gravitated to my white peers. Also, there is a stereotype in Korea that Black people (and often Black men) are scary, so sometimes people did not want to interact with me. Lastly, I think it is important to note that South Korea does not have any laws that prohibit discrimination based on race/ethnicity.
A really important way I handled all this change was through sharing my experience with other POC and Black women. Many of the black women in my program and I would share our experiences in order to help each other cope. Additionally, I think that allowing students to know that there have been alumni who look like them will be helpful, and possibly there should be a resource page for POC in order to help facilitate those helpful conversations.
I think that future POC applicants should understand that issues surrounding race/ethnicity are important to program directors and the people in-country that are there to support you. Adjusting culturally for POC is more than just a language adjustment.
My host family's response to me sharing my hardships was comforting. Two years ago, despite our linguistic and cultural barrier, they understood how hard it was for me. My host parents told me how they would try to think of ways to make my time in Korea better. Honestly, looking back at my time in Korea. I recalled the times they would try to make me feel more comfortable. They would ask my questions about my Nigeria-American identity. They always declared (and still do) to their friends with pride that I am their daughter.

I am forever grateful to have my host family in my life. Their unwavering support and love made my time in Korea this summer and two summers ago some of the best times of my life. I like to think that I have two families. One in Houston, Texas. One in Seoul, South Korea.