Diogene is from Brooklyn, New York and participated in the 2017 Korean Summer Program in South Korea. He is also a member of the IDEA (Inclusion, Diversity and Equality Abroad) Committee. 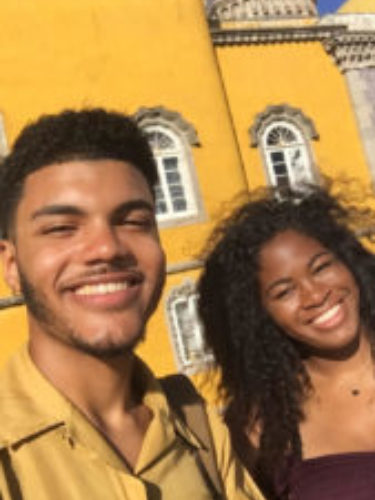 Lois and Dio at the Palace of Sintra in Portugal.

Over the summer, I was boarding a plane to a continent unknown to me. Although I spoke some of the language, I was not yet fluent, and my intention for the coming weeks was to practice it, while immersing myself in the culture. I made playlists with songs I knew I was going to listen to as I walked along the unknown streets that awaited me. I was not headed to a NSLI-Y host country, but instead, to Portugal, France and Spain. The songs on my playlist were not k-pop, but Portuguese fado. I was not going to meet a cohort of unknown students, but instead, I would be meeting Lois, a friend I made two years earlier in Korea. And although this was two years after I had embarked to Seoul through NSLI-Y, the study abroad program I did my junior year of high school had stuck with me every step I made in Europe.

As a low-income student, I imagined that studying abroad would only happen through another state-sponsored program or through a university-sponsored trip. However, I missed being abroad, speaking a different language, and meaning loads of new people. So, I worked throughout the summer and saved up my first semi-solo trip of my life. I planned it with no one else than Lois, who I studied with two years earlier and created a strong bond with during the Korea program. While abroad, Lois and I studied together, took public transportation together, and went to different cultural activities together, so I knew that being abroad on our own wouldn’t be as different. I knew that going to three countries neither of us had been to would be a lot of fun, but also very challenging. Many skills we learned during our time abroad in Korea, however, transferred over. Our willingness to not be discouraged if plans didn’t go smoothly registered in Portugal. We were both excited to eat delicious Portuguese burgers at a famous local restaurant. When our Uber gets there, we were met with a sign that said “Closed for the rest of the summer.” Although disappointed, we walked down a random street and had some of the best fish and bread of our lives, accompanied by a lovely sunset. We remained this dynamic when Lois lost her phone in Barcelona, and when we got to Paris, had to trek through the Parisian countryside to get a cheap replacement for the remainder of our time there. Our problem-solving skills persisted when we were on the subway trying to decipher Catalan with our limited knowledge of the subway system. 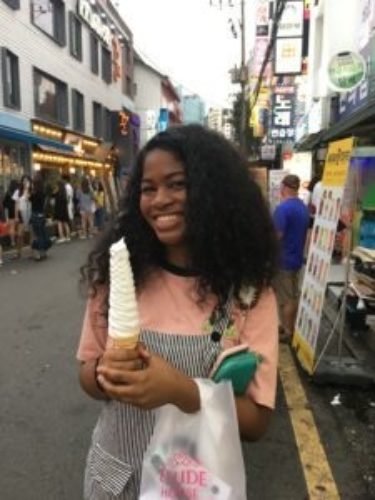 In South Korea, being able to learn and adapt quickly was a skill that I fostered. Being lost on the subway, adapting to changes of event programming, and even managing a budget were skills that I learned with the help of NSLI-Y. More specifically, during International Education Week, I want to emphasize the roles of friendship and community in our education. Education is inherently something done in groups: it is the process of the passing of knowledge, whether in-person from a teacher or through a book written by an expert. Solidifying and strengthening friendships is one of the most wholesome forms of education; you learn how to manage situations based on differing opinions, attitudes, or moods. You learn to escape your world view and consider other perspectives, especially in such a stressful situation as traveling. I appreciate NSLI-Y for giving me the opportunity to meet other people who are just as eager to get on a plane and travel to a foreign place, not knowing the people, and the language even less. Even after NSLI-Y ended, I knew that the timeless skills it taught me would stick with me in my future travel adventures.