When in Rome, Do as the Romans Do

Ekaterina is from New York, NY and an alumna of the Chinese AY 2019-20 program in Beijing, China & Taipei, Taiwan. I glanced at my watch. 11 pm. December 31st. This was the first time that I went to bed on New Years Eve before 12 am. And I was okay with that. 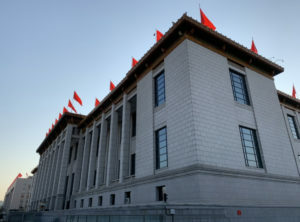 As I lay there, I thought through the events of the day: my host father, mother, and sister took me to the National Museum of China. There, they explained to me the history of Oracle bones, the evolution of the character 水 “shui,” (water), and the importance of the novel 红楼梦 “Hong Lou Meng” (Dream of the Red Chamber) in Chinese literature. In the evening, my host sister took me to her favorite place to spend the weekends since her childhood: the arcade. We played air hockey together, raced through car games, and sang Chinese and Taylor Swift songs in KTV booth. I quickly realized that this year’s New Years was nothing like what I was used to back at home. On New Years Eve, my family usually spends the day preparing special Russian salads and dishes for the colossal midnight feast. We also hang up decorations on a Christmas tree, watch traditional Russian New Years films, tell poems and anecdotes, ceremonially open presents, and watch the ball drop. 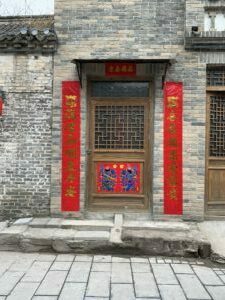 But this year, I had to come to terms with the fact that January 1st was not New Years for me. Instead, 春节 “Chun Jie” (Spring Festival/Chinese New Years) would be the beginning of the year 2020. During that holiday, I could spend the day preparing a New Years meal with my host family, decorate the doorway with 对联 “dui lian” (antithetical couplets), and stick the character 福“fu” (good fortune) on the apartment windows. I could also watch the annual Chinese New Years show on CCTV, make 饺子“jiao zi” (dumplings) and perform all the other family activities associated with the coming of the new year. Indeed, we do not celebrate Chinese New Years in America as Chinese people do in China! At that moment, my thoughts turned to my Chinese teacher who moved from China and now lives in New York City. Each “Chun Jie” my teacher must have had to go to bed knowing that she would have to go to work the next day, while her family was resting at home, busy with New Years festivities. The longing that I felt for my family traditions must be a familiar feeling among Chinese people living across America. 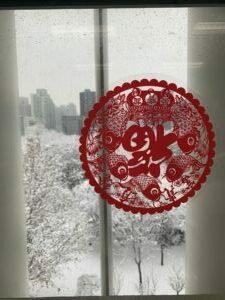 One of the most important things that I learned during my gap year in Beijing was that when living abroad, one must follow local customs. In English we say, “When in Rome, do as the Romans do.” The same phrase exists in Chinese: 入乡随俗 “ru xiang sui su.” By following this simple rule, I experienced what being a foreigner is like, and this changed the way I saw foreigners back in America. No longer are they some other people with their own habits, but rather they are groups of families and friends who have their own special, historically loved traditions. By adopting a flexible mentality towards my own traditions and opening up to others’, I have found a path towards understanding and empathizing with my host culture.
Previous Article Next Article