Mikaela (was) in Morocco: A NSLI-Y Arabic Reflection

Mikaela is from Bradenton, FL and an alumna of the Arabic 2019 Summer program in Rabat, Morocco.

My NSLI-Y notification couldn’t have come at a better time. I had just gotten my tonsils out, so discovering I was a finalist for the Arabic summer program in Morocco alleviated all my post-surgery discomfort. Although it hurt to talk, I simply couldn’t resist expressing my happiness in shouts that echoed throughout the house.

Now, even a year later, I feel just as passionate about my summer experience in Morocco (في المغرب) as I did that day in March. I kept a blog while I was abroad, and I feel it would be valuable to comment on snippets of my blog with some of the insights I’ve gained since returning to the United States:

“My host family home is nothing like anything you'd ever see in suburban Florida. To get to the quaint house, nestled in the Medina of Rabat, you have to walk through a variety of alleyways complete with local ‘hanoots’ (حوانيت) that sell everything from herbs to unpasteurized milk drinks to freshly butchered chicken, souks that cater directly to Rabat tourists and anyone looking for a Moroccan gift, and many, many stray cats. So yes, the Medina isn't quite a utopia, but it's charming and mystical in its own unique way. It seems there's no limit to the number of twists and turns you'll cross. Although I strive to be as open-minded and flexible as possible, learning to become completely comfortable with these differences is difficult, but necessary.” – June 30, 2019

I definitely wrote an honest first impression of Morocco. Culture shock affected all members of my cohort differently, but it reached me immediately. I was drawn to the differences between Florida and Morocco, and yes, they were stark. Living in the medina meant it was crucial to memorize its every twist and turn. My navigation skills were mediocre, so having a street-savvy roommate saved me. The sights and smells of the Rabat Medina (مدينة الرباط) were initially either intriguing or off-putting, so I felt conflicted regarding my new host country. But it was also like being in a movie - akin to walking the streets of Aladdin’s Agrabah.

“Our trip to Bouznika, a beach just some miles east of Casablanca, was one of the best experiences I've had yet in Morocco. The sand at Bouznika may not have been as white and pure as the sand on Siesta Key, but it was fine and caramel colored. The sun shone down amid 75-degree weather in a sky clear and vast with seemingly infinite blue. Swimming in the salty Atlantic Ocean water was lovely, even despite the slightly chilly water, but the peak of that day was hosting a mini dance party on the beach.

There was a stage set up toward the back of the beach with massive speakers blasting Arab and French pop songs, so we decided dancing and having a good time was the way to go. And you better believe that I don't take "shaking my groove thang" lightly, because I unleashed the full catalog of dance moves on that beach. But the epitome of my time dancing was when around 8-10 Moroccan children joined us on that stage to dance with us. The cross-cultural exchange of dance proved to be one of the most interesting things I've ever seen. These kids had so much control over the way they vigorously shook their upper bodies; I mean, the rhythm of the music, American or Moroccan, was essentially trapped inside each of them.

For all those reading, it's not necessary to learn a new language to participate in cultural exchange - just get out there, dance, and get a groove on.” – July 9, 2019

On this day, I felt I’d gained a clear distinguishing factor between learning a language at home and studying abroad: one cannot fully understand the subtleties of Morocco and the Arabic language unless they dance with Moroccans. Even if my Arabic was intermediate at best (and let me tell you, I had to repeat myself several times to these Moroccan children), dancing defied all language barriers. There were so many unspoken commonalities between us. 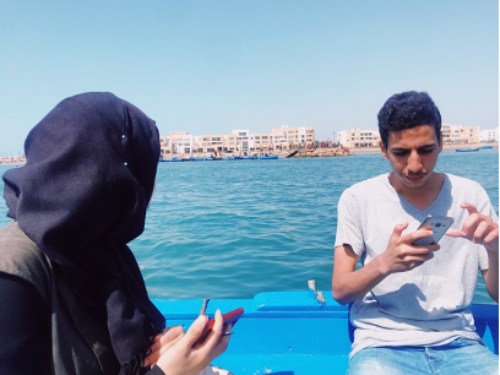 “I enjoyed both of my weekend excursions, but I longed to get back to Rabat after our activities ceased. Strange that a city that was once so unfamiliar to me has become so much more routine and comfortable, even whilst living in the most hectic, culturally-different region of the city. Sunday marked the halfway point of my cultural, language-learning journey in Morocco. Quite frankly, it’s mind-boggling to think that my group and I have been in this gorgeous country for over three weeks. And on that note, there is something special about the friendships I have developed here in Morocco through NSLI-Y. It seems as if I have known these people for months, if not years. They’re a group of very unique individuals who together share a fresh breath of ideas and perspectives. They’re amazing, and I’m so thankful that NSLI-Y has given me the experience of a lifetime. I will miss Rabat and my friends dearly, but luckily there’s still more time to develop friendships, explore the city, and venture beyond home base.” – July 18, 2019

As a NSLI-Y alumna, I can safely say that my Arabic abilities improved, just as I knew they would. But I had no clue as to the surreal intensity of friendships I’d form! My local friends Jihade and Ziyad, a sister and brother pair, made my assimilation into Morocco comfortable and memorable. They showed me around the city of Rabat as we went shopping for snacks in the Medina, dining in Agdal, and sailing away on a rowboat next to the Kasbah. I’ve kept in touch with several American NSLI-Yers from my cohort, and I’ve even developed new, exciting friendships online with NSLI-Y alumni.

I can’t speak enough about how fulfilling my NSLI-Y experience was in growing as a human being. Inshallah (ان شاء الله), I will be able to embark on many more Arabic-learning experiences in the future. 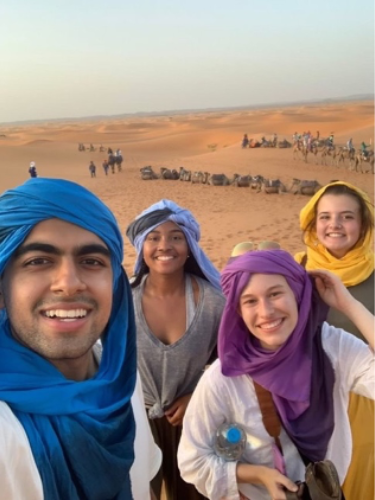