Marguerite is from Paramus, NJ and an alumna of the Korean 2020 Virtual Summer Intensive program.

You would think that it is impossible to experience a culture virtually. That’s definitely what I thought when I heard that NSLI-Y would be going virtual. I wondered how it was possible to have interactions with people locally and learn about the culture when I wasn’t even there. I was pleasantly surprised to find out that there would be multiple cultural activities that I could take part in that would leave me engaged for countless hours along with the normal classes and the interactions we would have with our teachers and tutors.

Among the cultural activities, we had various guest speakers that would share their insight about what they have learned with their experiences with Korean culture. The speakers spoke on topics including but not limited to: living as a foreigner in Korea, Korea’s relations with America, North Korea and China, the rise of K-Pop, history of SPAM in relation to America and Korea, Korean traditional music and instruments, North Korea and its relations with the world, and the development of the Korean language. My favorite topic was about Korean traditional music and instruments. Our guest speaker, Dr. Hilary Finchum-Sung, had a very strong passion and love for the history of Korean music and traditional Korean instruments. Her passion was influential and made me become interested in the traditional side of Korean music that I didn’t know about before. 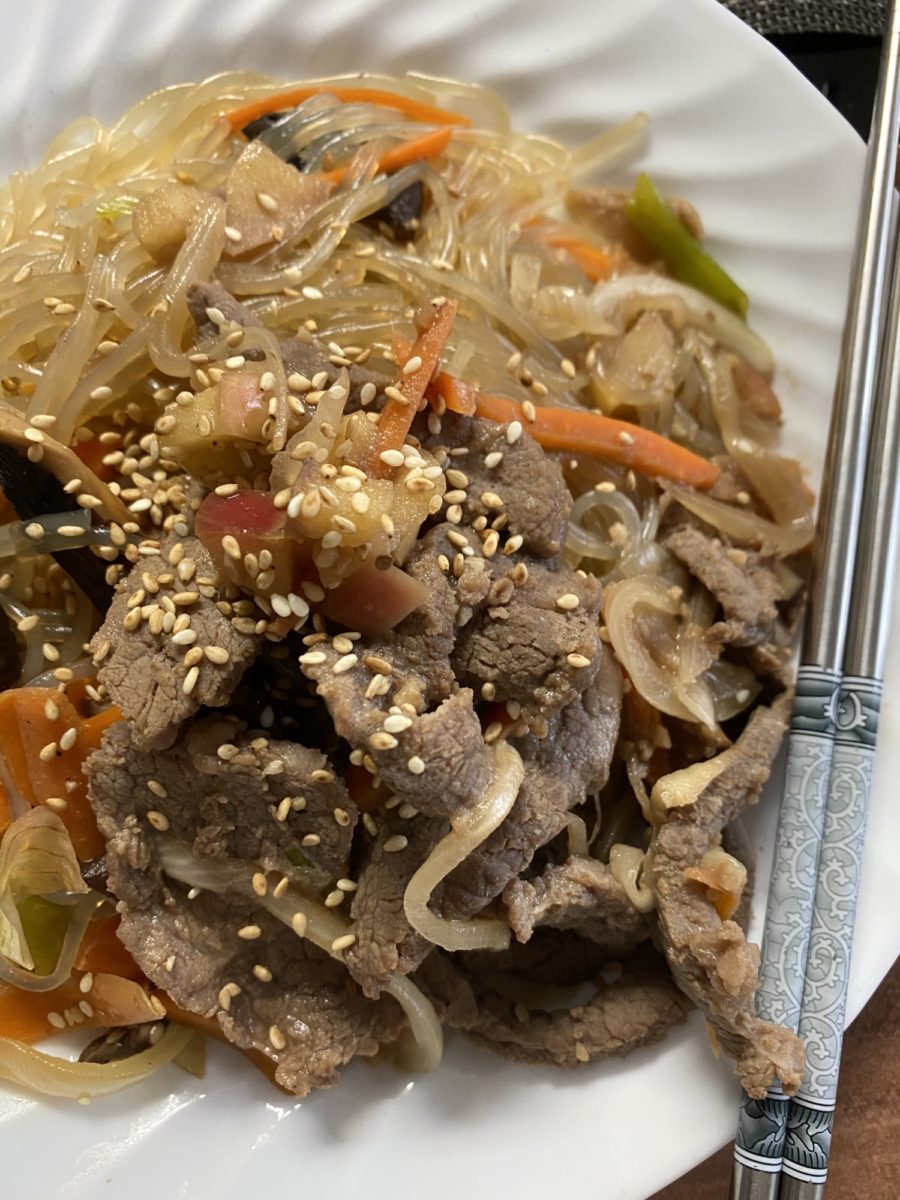 From the various challenges that we were encouraged to participate in, I completed cooking Korean food and making a video, playing historical old-fashioned games, and reading Korean-related books. We were given various recipes to choose from to recreate, and I decided to make Japchae (잡체) [stir fried glass noodles] and Bulgogi (불고기) [marinated beef]. I thought they would work really well together, and I was really glad to be able to try local cuisine even if it isn’t as authentic considering I made it myself. I don’t cook often, so it was really a challenge but nonetheless fun and exciting. Although the program was virtual, I was able to share the culture that I was learning with my family through old-fashioned games that we could play together. One of these games was Ddakji (딱지)! I made multiple versions with various designs and colors. It was a little difficult to get the hang of folding them together, but once I got it down it became very easy to quickly do. I got a little carried away and made a bit too many! The last challenge activity that I learned the most from was reading the Korean-related books. We had the option of choosing from three books in English that were related to Korea’s history and culture. I ended up choosing Pachinko by Min Jin Lee. It is a story that follows Korean immigrants to Japan and their struggles with familial relations, war, suicide, poverty, abuse, and discrimination. I won’t spoil too much, but it is a very good read which I would highly recommend. The other book we had to read was a collection of classic children’s stories in Korean, from which we read two: Heungbu and Nolbu (흥부 놀부) and The Good Brothers (의 좋은 형제). While reading these stories, I struggled quite a bit since they were all in Korean and used some colloquial words that I did not know the definitions of, but I managed to pull through and ended up learning a lot of new vocabulary through the book. Both of these stories shed light on familial relations and I noticed how these folktales still have a presence in modern-day Korea in the sense of the importance of familial relations. 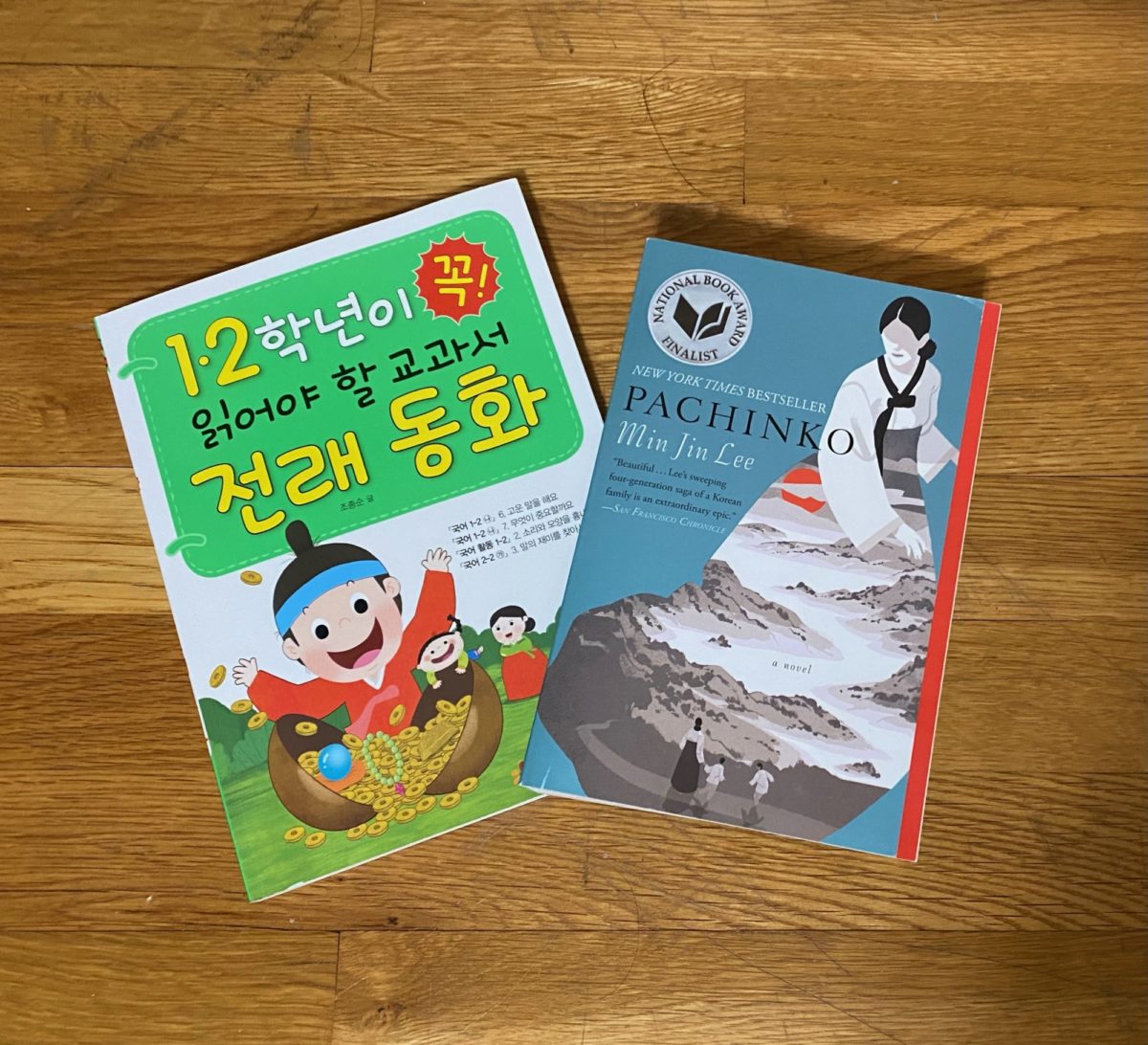 One of the major cultural activities that I was very thankful for was the interactions we had with our partner schools: Bakmun Girls High School (박문여자고등학교) and Sinsong High School (신송고등학교). We completed various cultural exchanges as well as debates where we discussed various differences between cultures and related interests. I wasn’t sure how much I would be able to practice my Korean outside of the classroom, but I was pleasantly surprised to know that we would be partnered up with students from the local schools to partake in a virtual language and culture exchange. We would get topics each week to discuss and either do a short write up about our discussion or submit a video recording of the discussion. Topics would include: introducing our families and presenting an item that represented ourselves or our culture, giving a virtual tour of famous sites in our home cities, discussing our favorite movies, and sharing photos that made us curious or laugh, and something that we learned/wondered about our partner’s country. Even though our required topics of the week would only last 10-20 minutes, my partners and I would often go much longer, having conversations for almost two hours. Scheduling meetings has been a little difficult with the time zone differences, but it was definitely manageable and most definitely worth staying up late or waking up early. Even after NSLI-Y VSI has ended we still keep in touch and would often go on zoom calls with them to catch up!