MacKenna is from St. Louis, MO and an alumna of the 2019 Korean Summer program in Seoul, South Korea.

Getting accepted to NSLI-Y, attending orientation a few months later, and hopping onto a plane to Seoul, Seoul Korea was a whirlwind. In retrospect, I didn't do much calculating or thinking about how my time in Korea would go. I went in with zero expectations and zero knowledge of how to speak Korean. Essentially, I threw myself into the deep end, but it felt like I was the only one so confused, and so alone.

Now I'm not one to be scared of a different country or a new lifestyle. Having lived in four countries and having attended 11 schools, I am used to change. I thought I would be most prepared compared to my American counterparts, but I wasn't.

What seemed to separate 'me' from 'them' was the reason we were in Korea in the first place. Obviously, we were all motivated by learning a new skill, having the opportunity to participate in a fully funded study abroad program, and some general interest in Korea and their language. But as we know, Korean culture has very much become mainstream in America. Whether that be infamous boy and girl bands, makeup and skin care products, K-dramas, or even Korean snacks, so many American youths not of Korean descent are entirely enthralled with the culture. All of my soon-to-be friends quickly proved their knowledge of such information and immediately bonded over their common interests.

Unfortunately, this was not me. My first time eating Korean food was our first day in Seoul, the only K-pop band I knew was BTS and I'm simply not interested in TV or makeup. My experience with pop culture was extremely limited. Beyond being aware of its existence, I never interacted with it. It was already hard enough not being able to read signs, being stared at on the bus, and simply missing home.

I went to Korea because I was interested in their complex history and the state of their northern neighbor. I was deeply motivated by a future where I look forward to diplomacy, with Korea certainly being a place in constant attention for such a field. I felt different from my cohort, and I'm not really used to feeling different. 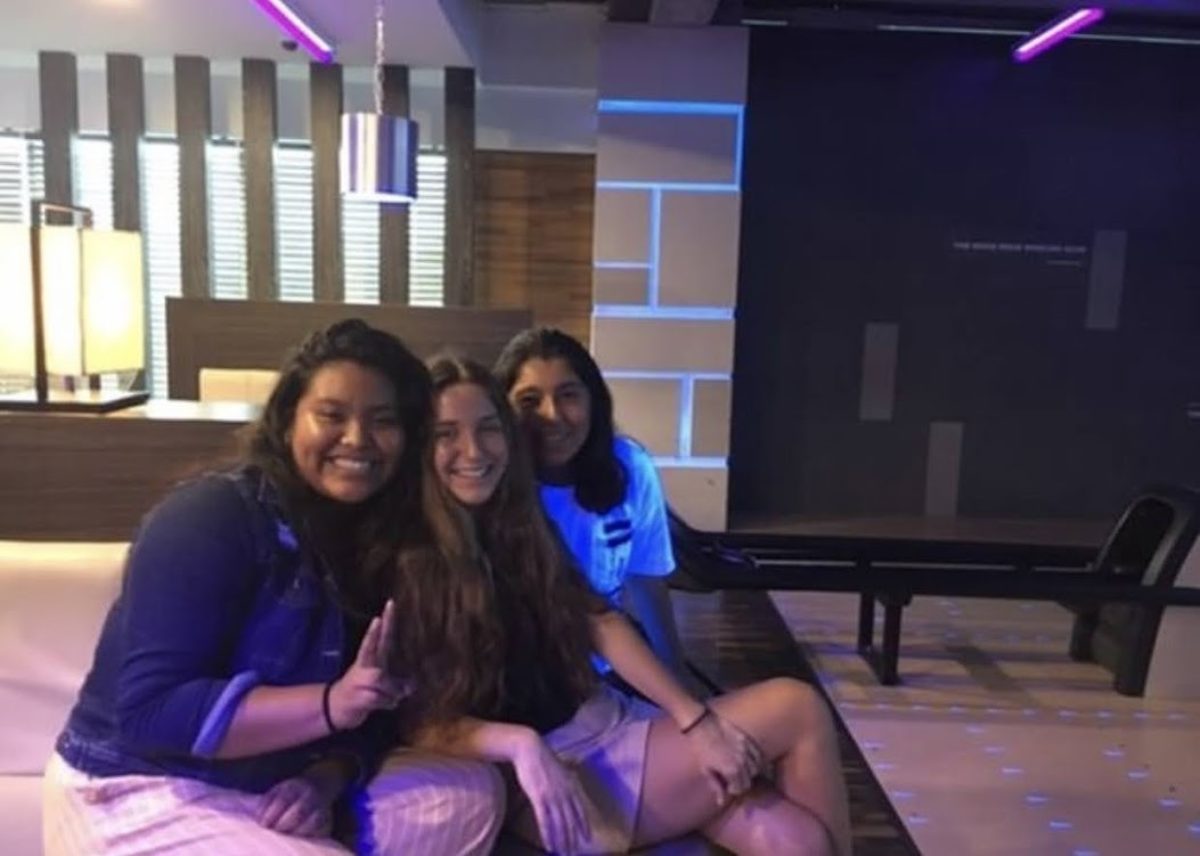 At first, it was really difficult for me. In the language classes, in meeting with our tutors and beyond, my fellow students knew so much. While I was hardly able to count to 10, they were having full conversations in Korean with our college-aged tutors. It seemed odd to me that I would rather go home and be with my Korean family, than with the Americans who were supposedly just like me.

My Korean host family had a way of making me feel better in seemingly unconventional ways. And somehow, my host mom always knew when something was wrong and had the best intuition. She took me to dance classes every night at 9 PM, brought me plates of fresh plums and watermelon, and took me on walks around the city. She even let me go on runs, although I think she was a little worried. She always knew when I could go for bingsu (빙수), a Korean shaved ice. Her ways of cheering me up exposed me to the most authentic versions of Korean culture and for that, I am eternally grateful. Even if we didn't communicate perfectly, I will always remember her as patient and kind in sitting down with me and my host siblings to do our homework altogether in their apartment.

After weeks of not feeling like I learned anything, I suddenly noticed that I understood what people were saying around me. It was amazing. It was a realization that although I had struggled I had triumphed greatly too.

Now looking back and evaluating how much I learned in those six short weeks, I can say that loneliness was a result of the isolation I felt in my skills. I understand that the other students being so immersed in Korean music helped them better pick up on the language. By watching K-dramas, they knew what Korea was going to look like; they might have even derived social standards and etiquette. By going to Korean restaurants in America, they didn't have to ask constantly what something was. I felt lonely because I felt left behind, but by the end of my trip, such a feeling was lost. Although I will say since I'm vegetarian it was a little annoying when my friends would go to 객사 and eat KBBQ at least once a week and I couldn't go. 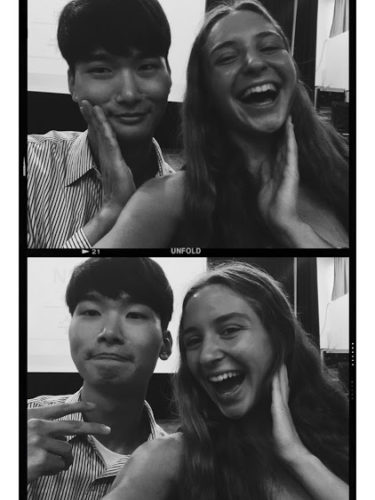 While a lot of these other stories might sound 1000% gleeful and like this experience was the most seamless of their lives, I'd like to challenge my reader to understand that it might not feel like that for you at first. It certainly didn't for me. But that's okay. Eventually, I was comfortable, happy and looked forward to classes. I was amazed at how much I had learned when I simply didn't think it was possible.

Your experience on NSLI-Y may be the best time of your life, or it may be the most trying time. For me, I would say it was a little bit of both, but certainly, that perseverance is what allowed me to prosper. I must also add the kindness of every adult involved in the program was a big motivator. It was simply heartwarming to see how invested everyone was not only in our education but our happiness. The Korean culture is welcoming and kind beyond any explicable reason. I am sure the fundamental sincerity and care I was shown in my experience was the basis for my success.

I think it's really important to clarify that the people I met on this trip were among the best people I've ever met. American or Korean - we all shared the most wonderful, unique experience. I miss them all dearly, and recently had the chance to meet up with one of my closest friends stateside. I think the memories we created will last a lifetime and I hope the relationships we forged will do the same. It is my supreme wish to see my friends again, both American and Korean. They had the largest impact on my life and I will forever be grateful.

Yes it may be hard. Yes, spending hours in a classroom in the summer going into senior year may not sound appealing. Yes, language does not come easy.

But in the same manner - yes, it was the most important summer of my life. It shaped me and molded me into the person I am today. I had no clue the effect it would have on me. I thought I would learn a new language and that would be it. But the complexity of emotion and knowledge I gained from a six short weeks will prepare me for so much more in the future.

The truth is, NSLI-Y changes you for the better, even if it takes patience and hardship to get there. Expect for this to be even more difficult than you anticipate, but also much more rewarding. 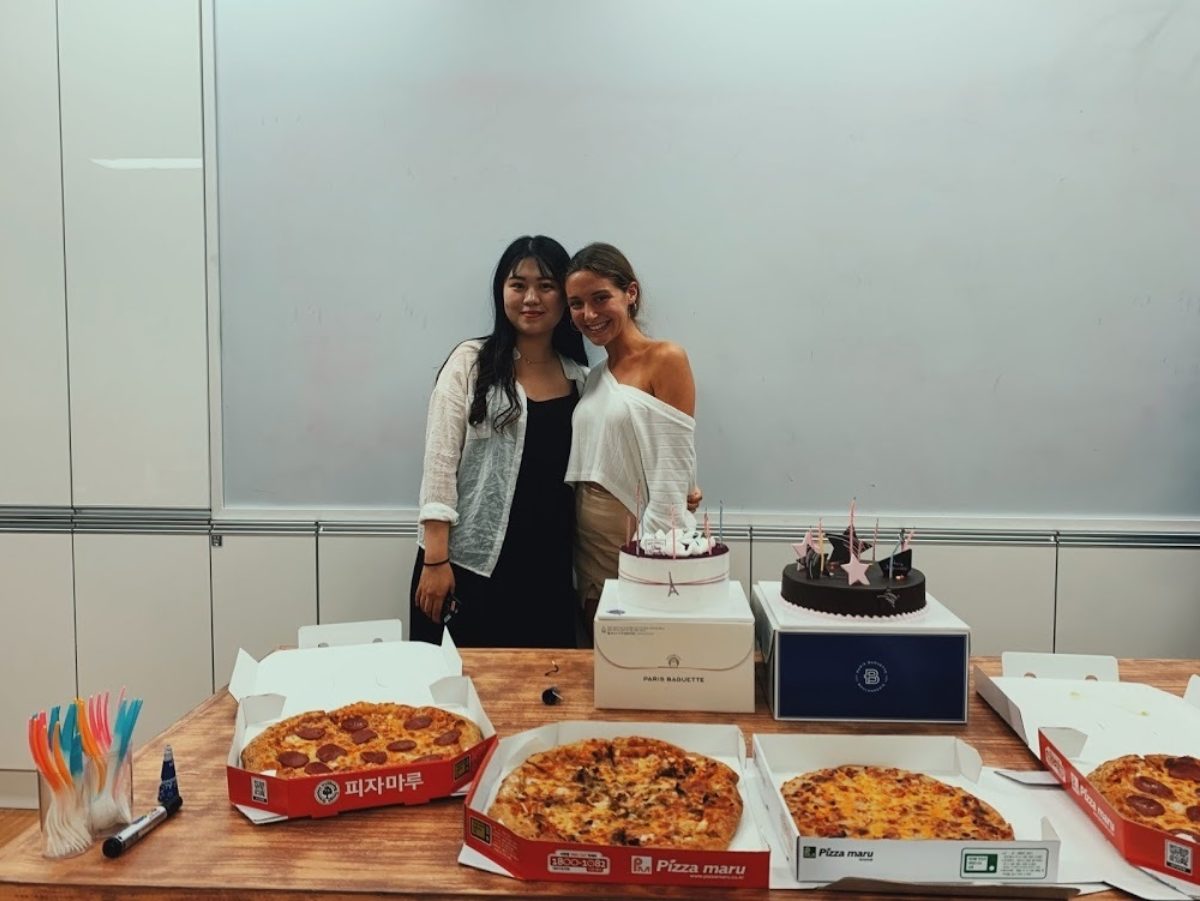