Part 1: NSLI-Y Alums & Pickering Fellows discuss their goals for their Fellowship and the impact the NSLI-Y program had on their academic careers

John Leake (Russian Summer 2014) and Mary Bohn (Korean Academic Year 2013-2014) were recently awarded the 2021 Thomas R. Pickering Fellowship. The Thomas R. Pickering Graduate Fellowship is a U.S. Department of State program that seeks to prepare outstanding young people, who represent ethnic, gender, social, and geographic diversity and have an interest in pursuing a Foreign Service career in the U.S. Department of State. The Program encourages the application of members of minority groups historically underrepresented in the Foreign Service. The Pickering Fellowship is highly competitive and awards up to 45 individuals a year and covers up to $42,000 annually for the completion of two-year master’s degree. Fellows must obtain graduate degrees in international affairs or a related subject such as public administration, public policy, foreign languages, or similar degrees. Fellows will participate in two internships. The first, an internship working at the U.S. Department of State headquarters in Washington, DC. The second internship will be an overseas placement in a U.S. Embassy or Consulate. Fellows who successfully complete the Pickering Program and Foreign Service entry requirements will receive appointments in the U.S. Department of State Foreign Service.

Mary and John caught up with NSLI-Y to discuss what they have been up to since NSLI-Y, their goals as Foreign Service Officers, and the impact of NSLI-Y on their career aspirations. 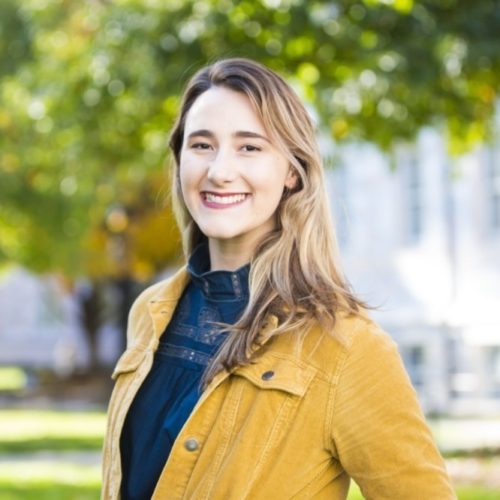 “When I applied to NSLI-Y in 2013, I had no idea that I would actually be accepted to the program and live in South Korea for a year, much less that this experience would shape my life’s path. My year on the NSLI-Y Korean AY program revealed my love of jumping into completely unfamiliar environments to learn languages and build friendships with people across the globe. I had never seriously studied another language or lived abroad before joining NSLI-Y, but my wonderful experience on the program laid a foundation for me to ultimately make language learning and citizen diplomacy my life’s work.

After NSLI-Y, I continued to study Korean in college, and I even started studying Mandarin too. I studied Korean and Mandarin throughout college, taking every opportunity I could to study abroad again— I applied for the State Department-funded Benjamin Gilman Scholarship to study Korean at Yonsei University and Mandarin at Peking University for another academic year. Many of the interests I pursued in college began during my NSLI-Y program, such as my interest in Korean unification, North Korean refugees, and, more broadly, the geopolitics of the Asia-Pacific region. My Korean language skills were pivotal to my studies as I researched and wrote an honors thesis focused on North Korean refugees in the media using Korean-language media sources, interviews, and fieldwork research.

As a Foreign Service Officer (FSO), I look forward to a career using my Korean and Mandarin to promote peace and cooperation between the US and East Asia. My ambitions as an FSO fundamentally tie to what I learned in NSLI-Y: how to learn languages, build relationships across cultural and linguistic divides, and continually learn about the world and its amazing diversity.” 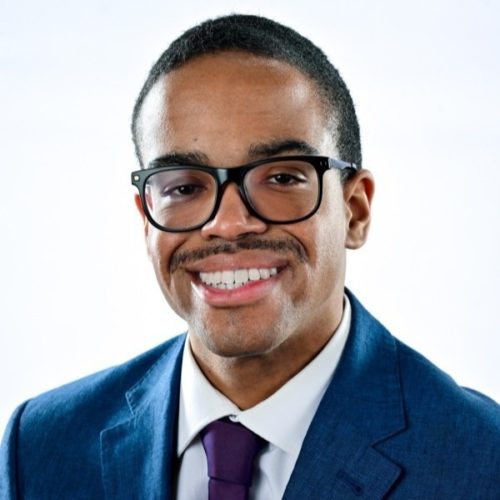 “I initially found out about NSLI-Y the summer before my senior year of high school. I was reading my local newspaper and found a feature on a local high school student who had won a NSLI-Y Arabic scholarship. I decided to apply for the Russia program due to a childhood fascination with Russian history and culture.

After completing my NSLI-Y program in 2014, I started college at NYU where I majored in Interdisciplinary Studies and minored in Russian & Slavic Studies. I also continued my Russian language study for the next four years. In college, I fell in love with historical and archival research and planned to pursue a PhD in Soviet History with the hopes of becoming a historian of Russia and the former Soviet Union. My senior thesis focused on African Americans in Early Soviet Visual Culture during the interwar years, particularly in film and portraiture. In conducting this research, I honed my Russian reading skills in order to read books, government documents, newspapers, advertisements and archival materials in Russian.

Immediately after graduating in 2018, I served as a Fulbright ETA in Kazan, Russia, where I taught English and American Studies at Kazan Federal University. I decided to apply for a Fulbright because I wanted a longer and more immersive experience in Russia and I hadn't been back to Russia since my NSLI-Y program. My Fulbright experience completely changed my career trajectory. Interacting with Russians every day in the classroom and talking with diplomats serving at the U.S. Embassy in Moscow was instrumental in seeing the benefits of international exchange and public diplomacy and I liked the hands-on work done by FSOs which I felt would have more potential to make an impact than the more theoretical work of academia.

As a Pickering Fellow and future FSO, I plan to enter the Public Diplomacy track. I believe that it is the most public-facing career track in the Foreign Service and provides the most opportunities to engage with a large segment of the local population (e.g. students, academics, artists, etc.). I also think that Public Diplomacy is one of the United States' strongest tools for opening up dialogue and fostering understanding between Americans and citizens of other countries, especially in countries with which the U.S. has incredibly tense political relations (e.g. Russia, China, etc). The post-Soviet space is a passion of mine and I definitely plan to serve in a Russian-speaking country as a diplomat. However, one of the exciting things about being an FSO is the capacity to have world-wide availability, so I might have the opportunity to serve anywhere in the world and learn other critical languages. One of my personal goals as a future FSO is to try to serve at least once on every continent (excluding Antarctica, of course!) and share my love for cultural exchange all over the world.

My NSLI-Y experience set the groundwork for everything I've done since. NSLI-Y gave me the confidence to travel far from home, immersive myself in a foreign culture, and persevere in learning difficult languages. Without NSLI-Y, I would not be where I am today.”

Part 2: NSLI-Y Alum & Pickering Fellow John Leake reflects on his Fellowship experience and how NSLI-Y led him to where he is now

NSLI-Y is proud to highlight recent accomplishments of NSLI-Y alumnus John Leake. John was previously profiled after receiving the 2021 Thomas R. Pickering Graduate Fellowship. We recently caught up with John to hear about what he’s up to as a Pickering Fellow, how his NSLI-Y experience prepared him for his career in the Foreign Service, and what advice he has to others interested in pursuing a career in diplomacy!

The Pickering Fellowship provides funding for graduate study, two summer internships with the State Department while in school, and selection into the U.S. Foreign Service upon graduation. John recently completed an internship domestically at the State Department’s headquarters in Washington, D.C., where he interned in the Bureau of Educational and Cultural Affairs, helping implement cultural exchange programs for youth, including NSLI-Y. Besides gaining experience in the Bureau, he valued observing the organizational structure of the State Department and seeing how different Bureaus interact to achieve foreign policy objectives. His experiences seeing the various aspects of U.S. foreign policy at the State Department confirmed for him that “opportunities for engaging work are endless and any path will lead to a fulfilling career.”

As he prepares for a career in the Foreign Service, John has reflected on how his NSLI-Y experience has helped him. He became more adaptable on program, noting how different his host community of Yaroslavl, Russia was from his hometown of Memphis, Tennessee. Learning to navigate public transportation in Yaroslavl served as a catalyst for his personal development, helping him to become more confident in his abilities and be more comfortable stepping out of his comfort zone. He notes that NSLI-Y gave him the skills needed to navigate foreign countries effectively, something he values as he anticipates living abroad in the future.

John encourages anyone applying for fellowships or scholarships to not be afraid to discuss their passions or show who they are in their applications. He notes being apprehensive about applying for Pickering as he didn’t think that his humanities background made him the “typical” applicant, but he encourages others to “let these fears go and focus on telling your story.” For those interested in fellowships that lead to Foreign Service careers, he believes that “the two most important questions to answer are: why do you want to join the Foreign Service and how do your past experiences demonstrate your potential to be an effective Foreign Service Officer?”

NSLI-Y is excited to see where John’s journey with the Foreign Service will take him, and we look forward to seeing how the skills he gained on program, both linguistically and personally, will continue to benefit him.