Though just in sixth grade, Andy had a sense that knowing Chinese would help him. So, in 2011, when his private school in Philadelphia added Chinese to its usual language offerings of French, Spanish and Latin, he signed up. “I saw lots of benefits,” he says of his decision to start learning Mandarin. “From doing business [with China] to watching Chinese TV and movies.”

That decision a decade ago has been followed by almost ten years of continued study of Chinese for Andy, including a summer in Hangzhou, China, on NSLI-Y in 2015, a semester abroad in Hong Kong in 2019, and a Chinese language certificate from the University of Pennsylvania in 2020. The result: Andy, a native speaker of both English and Vietnamese, is as comfortable navigating life in Chinese cities as he is making his way around his hometown of Philadelphia.

His experience in Hangzhou, China with NSLI-Y was his first chance to put his language skills to work. Despite having studied Chinese for a few years in the U.S., he was overwhelmed. He found himself pulling up a dictionary app on his phone and playing charades to communicate with Chinese people. Not to mention that he was also dealing with a completely different instruction style in his Chinese school. “The emphasis was on rote memorization and drills. It was a big shock for me because I came from the U.S. where they emphasize holistic learning and interactive reinforcement,” he recalled.

But six weeks of intensive Mandarin study led to a year’s worth of knowledge gain. Part of his success was due to finding a supportive community, including his host family in Hangzhou and host school. “It was one of the most special aspects of NSLI-Y because you live with a host family and study at a school,” Andy said. “It becomes a big community at the end of the day.” Another part of his success was saying "yes" to all opportunities as they presented themselves. That’s his advice to NSLI-Y students today: say “yes” to all invitations. If they ask, do you want to explore or join something, you say, ‘yeah, sure, I’ll go.'” 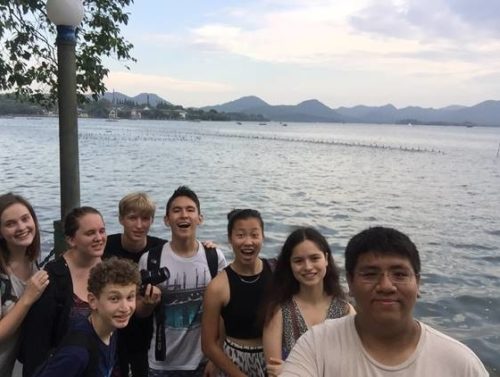 Reflecting as an adult on his participation with the NSLI-Y program, Andy realized that the program’s benefits went beyond becoming competent in Mandarin. It also brought about personal meaning. His immersion experience in a foreign culture with limited language skills connected him more closely to the experience his parents, both immigrants from Vietnam, had when they arrived in the U.S. After his participation in NSLI-Y, he understood better what it meant to be an outsider and second language speaker and, as a result, became a better, more empathetic son.

That personal understanding of the benefits of NSLI-Y helped to inform Andy’s work as an Alumni Representative in 2016 and 2017 for NSLI-Y when he visited schools in Philadelphia to talk about the program. He encouraged highly motivated students to apply to NSLI-Y, particularly those like himself who came from modest backgrounds, without family funds to pay for language camps, tutors, and study abroad programs. When he encountered skepticism among students and their parents about a free government program to travel, live and study in a foreign country, he emphasized that he was a living example of the program’s success. And for those students who fretted over missing out on making money during the summer if they joined NSLI-Y, Andy countered that you couldn’t put a price tag on what he learned as an exchange student in China. “NSLI-Y for me was one of the most life-changing experiences in terms of language and personal growth and development,” he says. “It’s given me opportunities for growth and skills like forming relationships with people, exploring new opportunities, and being flexible.” 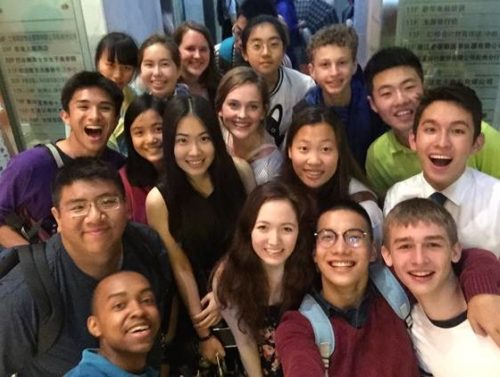 NSLI-Y became a bridge to further language study for Andy. In college, while pursuing a major in computer science, he continued to study Chinese for his first three years and then spent the spring semester of his junior year in Hong Kong studying at a Chinese University.

That’s when he found that, with his language skills sharp both for classroom work and navigating the streets, he could really melt into his environment, whether in Hong Kong or across the border in China. With his university campus just a 15-minute subway ride from mainland China, Andy frequently crossed the border into China to visit the town of Shenzhen to stock up on his favorite foods and frequent his favorite Bubble Tea chains.

These days, Andy works in the tech field in New York, using his computer science background. But in his spare time, he enjoys texting in Chinese with his host brother on WeChat and relaxing by watching Chinese-language TV shows and movies. You can call these the fruits of his labors of having studied Chinese for nearly 10 years. 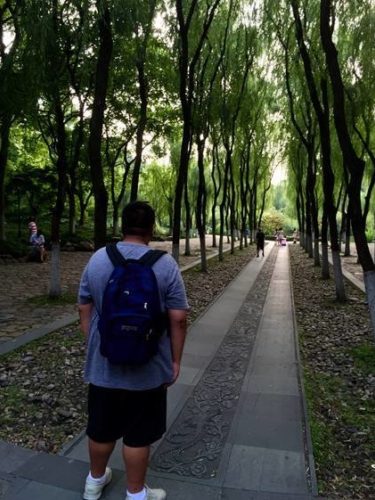