When Taylor returned to the U.S. in 2014 after a year studying in India, she couldn’t believe what she was seeing...or what she couldn’t see. "Where is all the traffic, and why are there so many trees?" she asked her parents as they left the airport. "It’s so quiet, and the smells on the street and the sounds are so different than in Delhi." Taylor calls her reaction upon returning to the U.S. reverse culture shock. And it’s understandable. For Taylor, who started studying Hindi on NSLI-Y’s summer program in Pune, India in 2012 and then continued her studies in Noida, India on the academic year 2013-14 program, India had become home. "It’s the most fascinating place I’ve ever been," she recalled during a recent interview. "I felt comfortable. There was no big culture shock."

Seven years later, that comfort continues. Taylor continues to study Hindi, watches Bollywood movies, cooks Indian food, and makes small talk in Hindi whenever she can in Indian grocery stores in the Washington, D.C. metro area. But her participation in NSLI-Y programs was not limited to her falling in love with Indian culture. It has also opened pathways for her career-wise. She calls the summer and academic year NSLI-Y programs "bricks in the wall" of her career path. Indeed, before her India experiences, Taylor was a self-described science and engineering type. But her time in India, coinciding with the rise to power of Indian Prime Minister Narendra Modi, got her interested in the politics, religion, and history of India and its neighbors. 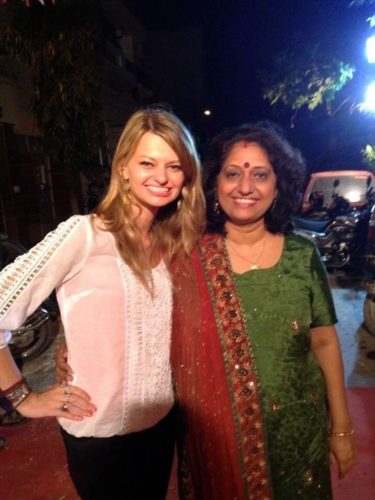 A less commonly taught language in the U.S., Hindi carries cachet in Washington, D.C., where Taylor began her university studies and has completed various internships. In the summer of 2018, before she enrolled at George Mason University, she did an internship at the Atlantic Council’s South Asia Center that focused on the Rohingya refugee crisis. That was followed by an internship at the Bureau of South and Central Asia Affairs at the U.S. Department of State, which covers India. "My NSLI-Y experience made me more competitive," she said or her Washington, D.C.-based internships. At the State Department, she put her language skills directly to use, translating newspaper articles and Prime Minister Modi’s speeches. In the summer of 2019, she was awarded a prestigious Department of State internship at the U.S. Embassy in Myanmar, where she deepened her research and wrote cables on the Rohingya refugee crisis in that country.

Curiosity in other cultures had been percolating in Taylor since her childhood in South Miami Beach, Florida. The daughter of two physicians, Taylor grew up in a multicultural household, with her mother speaking German and her father speaking Dutch. One of her best friends in elementary school was an Indian girl, whose grandmother used to talk about living in India when it was a British colony. But the biggest influence on Taylor was her live-in nanny from Peru who spoke to her only in Spanish. "She got me deeply interested in learning about other cultures," says Taylor, who speaks Spanish fluently. At boarding school in Pennsylvania, Taylor decided she would like to emulate her Mexican, Chinese, and Korean classmates who were learning English while studying far from home. She decided on a gap year after high school and applied to study Hindi on the NSLI-Y year-long program. 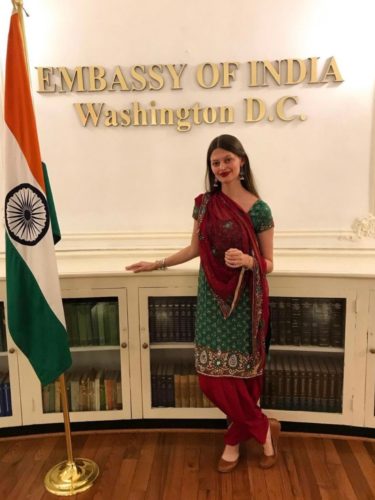 Taylor initially found living in India confusing. "Everything I thought I knew about life was turned upside down," she recalled. "It was a new country where I had to learn how to shop anew — where to buy a school uniform." But her transition was eased by her welcoming host family in Delhi. Evening conversations with her host father, an Indian journalist, and host mother, an English teacher, spanned the issues of the day — identity, religion, and politics — at a time when Narendra Modi was rising as a politician who openly championed Indian nationalism.

To this day, seven years after her return, she speaks every day with her host sister in India. To keep her Hindi skills sharp, Taylor, who is completing a master’s degree at George Mason University in International Security and hopes to work in the field of humanitarian relief and mass atrocity prevention, participated in the CLS program in Hindi last summer, which was conducted virtually due to the COVID-19 pandemic. She also continues to follow her "recipe" for dealing with reverse culture shock: taking free Hindi classes at the Indian Embassy in Washington, DC, shopping in South Asian markets for spices, and conversing with the shopkeepers in Hindi. And that leads to her advice for future NSLI-Y scholars who will study abroad: Put your phone down, be in the moment, and speak to the shopkeeper. 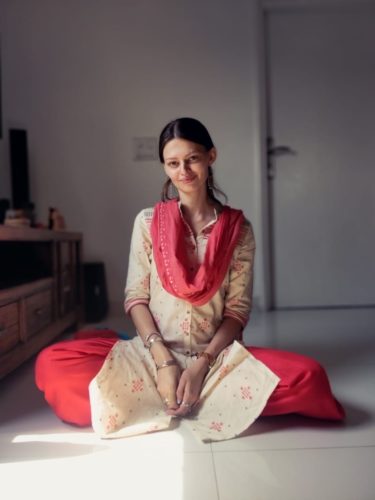