NSLI-Y Russian Summer With A Twist

Abby Herring is from Athens, Georgia and is an alumna of the Russian Summer 2020 and 2021 VSI programs.

In the summer of 2020, I began a special kind of romance between myself and the Russian language. Without having never stepped foot on Eurasia or having read a word of the кириллица, I was determined to study abroad in Russia. So, in the fall of 2019, I applied to the NSLI-Y Russian summer program. I was accepted and immediately began to think of what I would pack, what clothes I would need to buy, and what presents I would get my host family. I had been talking about NSLI-Y for months, ever since I found out about it. The end of my adolescence would be marked with a study abroad in my own little corner of the world: Екатеринбург, Россия. Then, one of the biggest disappointments of my life occurred: the program turned virtual. My friends from my cohort and I would joke, “remember that time we actually thought we were going to Russia? Yeah, that was a очень хорошо two weeks. Covid is a кошмар!” As grateful as I was for the opportunity to still learn Russian over the summer-- my high school didn’t offer it--I had my reservations about NSLI-Y VSI, as someone who greatly prefers in-person classes to Zoom calls with endless internet issues. Nevertheless, I started carefully sticking Cyrillic letters to my keyboard (which I began by pecking at like a kindergartener), received my Russian book from AFS, made a playlist of Russian music, bought a Moscow sticker and a sticker that says “я не понимаю” for my Mac, and got to work. 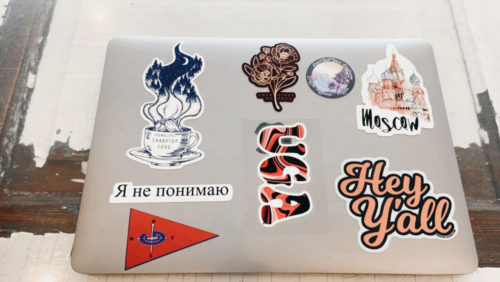 After attending Diana’s culture classes, I realized I could appreciate Russia’s culture and see it in a different light without being in Russia. (I even sent Diana a thank you present of American goodies!) My friends and I would Zoom outside of class to study-- by “study,” I mean play games and stay up late talking with a few questions about Russian here and there, but lots of dreaming about what could’ve been, and through this, I realized I could connect with like-minded friends virtually just as well as I could if I were doing the abroad program. In fact, we had a special bond, because we all went through our study abroad that was so special to each of us being cancelled due to a pandemic. Some of my friends had virtual graduations and proms cancelled, or virtual classes, and this was one more online class, or so it seemed. But, because of my time spent in the 2020 virtual program, I was excited to apply again for my senior summer, though I did begin the application process with some reservations; I knew there was a good chance it would be virtual again (spoiler alert: it was). 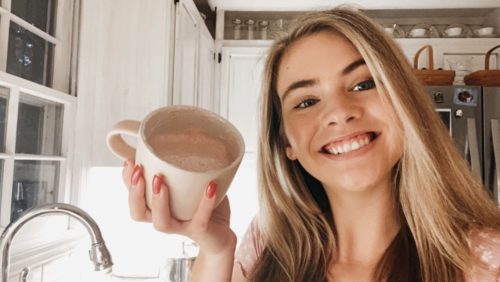 I had begun by nervously poking at Russian with a stick, careful to avoid the verbs of motion and picking apart the six endings that were, at times, painful to study. I ended this past summer with visiting my friends Anna and Aidan after our Russian class ended. We put together a thank you present for our teacher, Alyona, while we were together. The past two years haven’t been what I expected, but they have enlightened me on the culture and strengthened my love for learning Russian. I have made lifelong friends and been greatly impacted by my teachers. I am majoring in Russian Studies and am part of the Russian Flagship program at the University of Georgia. NSLI-Y has been an experience I will never forget and has confirmed I am on the right path of study and have made the right career choice. And I hope to visit my would’ve-been homes for the summer in Екатеринбург, Россия and Даугавпилс, Латвия one day. 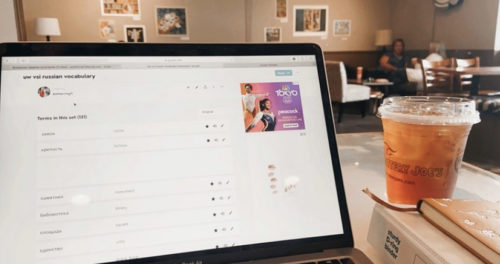