To ensure the safety of students, teachers, and staff amidst the global COVID-19 pandemic, the National Security Language Initiative for Youth (NSLI-Y) chose to make its summer program virtual for all countries except Korea. The NSLI-Y Virtual Summer Intensive (VSI) program of 2021 was a virtual alternative to NSLI-Y's standard summer programming that aimed to provide an intensive virtual language learning experience for NSLI-Y students.

Despite the distance between program participants and staff, students were nonetheless able to learn about the cultures-- and specifically the cuisines-- of their respective host countries. Virtual calls quickly became cooking shows as students put their language skills to the test in cooking activities.

Below are some highlights of food and cooking-related activities that students took part in this past summer: 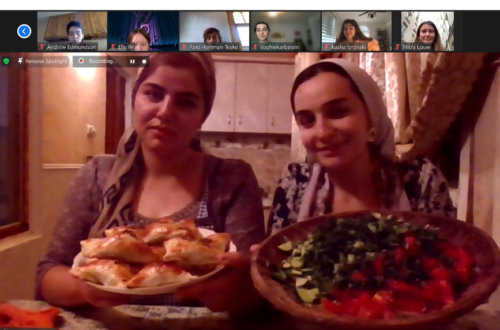 Persian: NSLI-Y Persian students had multiple cooking activities over the summer. In this exchange, local coordinator Mavzuna and guest teacher Dilafruz showed students how to make Tajik foods like sambusa, a flaky pastry filled with meat or pumpkin, and qurutob, a meal with bread, yogurt, herbs, cucumber, and tomato. As they demonstrated the process, Mavzuna and Dilafruz reviewed the Tajik words for each of the ingredients. Students then asked questions in Tajiki, recalling cooking vocabulary learned during the activity. 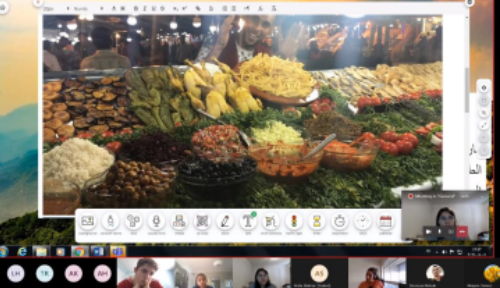 Arabic: NSLI-Y Arabic students learned about the variety of popular street foods that are available in Morocco, specifically in the city of Marrakesh. The students were able to use these activities to both practice their Arabic skills and learn about aspects of Moroccan culture.

Russian: In one activity, NSLI-Y Russian students were taught about social traditions in the Russian Federation with a specific focus on language, religion, music, and food. While learning about music, students participated in a sing-along of a Russian Chastushka, a humorous folk song. Students were also taught how to prepare a traditional Russian salad, оливье (olivier), which disappeared quickly! 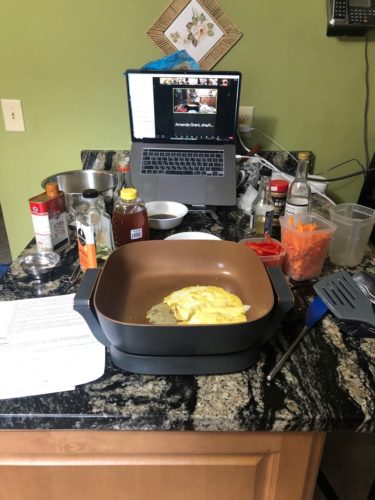 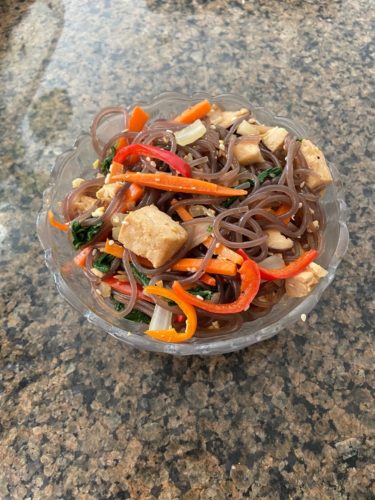 Korean: NSLI-Y Korean students gathered to cook the Korean dish japchae with their VSI coordinator. While participants cooked, the VSI coordinator shared historical facts about japchae, one of these being that it was invented for the King Gwanghaegun by one of his subjects. The king enjoyed the meal so much that he then promoted the inventor to the equivalent to the Secretary of Treasury! Just as King Gwanghaegun, students enjoyed the delicious dish and went on to share the experience with the teachers of their Korean classes. 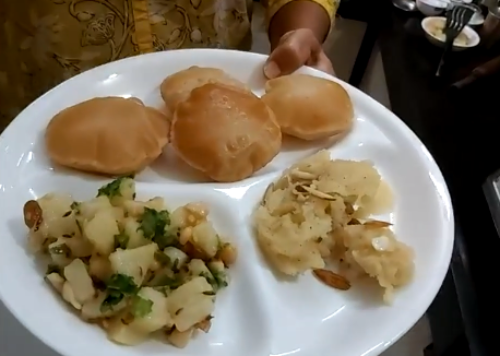 Hindi: NSLI-Y Hindi students participated in a cooking class centered around traditional Indian cuisine and dishes. Students learned about the three different dishes they would be cooking that day: semolina helwa, potato-vegetable dish, and puri (fried flatbread). Students not only learned about the process of preparing these dishes, but also learned about the traditions behind the food. 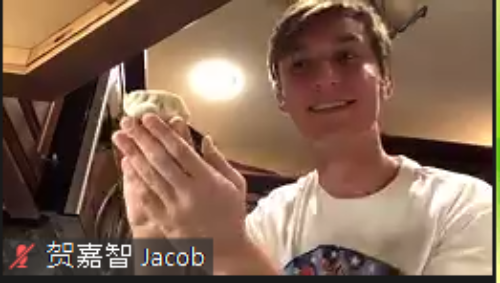 Chinese: NSLI-Y Chinese participants enjoyed a virtual feast, learning to cook traditional dumplings, Jiǎozi. Participants were joined by students in China who led the dumpling making activities and shared about holiday food traditions. The students learned about Chūn jié, the Spring Festival, and how it is celebrated with jiǎozi, its main dish and symbol. Before beginning to make dumplings themselves, participants learned about the history and significance of these dumplings in China. Participants enjoyed video clips of dumpling-making as a traditional family affair in China, especially when celebrating the Spring Festival.

After the introduction to festivals and food, the Chinese students asked the NSLI-Y participants about U.S. holidays, particularly Easter and Thanksgiving, and if the food has a special meaning to Americans. They were entertained by stories from participants of Easter egg hunts and fascinated at the idea of a cranberry sauce paired with turkey!

When it came time to make the dumplings, the students were hands-on for the entire process! Making the dough and filling from scratch then rolling out each individual dumpling wrapper to the correct size and thickness took complete focus. Participants were given creative freedom on the style of the dumpling shape but learned not to put too much filling in any individual dumpling! By the end, each participant made enough dumplings to share with friends and family – served with a simple sauce of chili oil and soy sauce.