A Summer that Never Ended 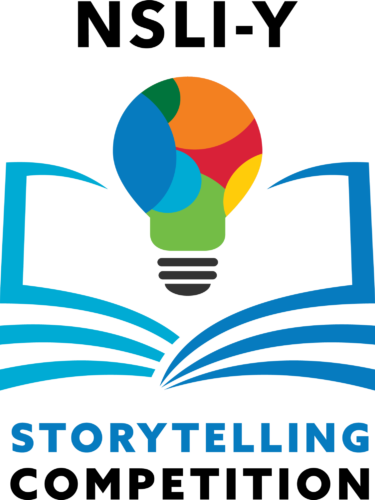 Paul is an alum of the 2010 Russian summer program. This story was submitted as an entry to the NSLI-Y 15th Anniversary Storytelling Competition.

One early October morning, as maple leaves scurried into the sodden gutters of Tacoma Washington, I stumbled upon a flyer hanging by a single staple on the bulletin board of Henry Foss High School. It was for a fully funded scholarship to study abroad in one of the world’s remote places: China, Tajikistan, Russia, Morocco, or South Korea.

“Fully funded” and “abroad” enticed me not only for my desire to see what was beyond my hometown, but because I was soon headed to college and I hadn’t the faintest idea of what I would do. My older brothers pursued music and medicine at university with passion, but I had no real interests to speak of. I didn’t know what I wanted and like so many high school students I was nimble footed but felt like I was going nowhere.

In private I scribbled off essays, begged a teacher for a recommendation, and within minutes before the deadline, sent in an application to spend a summer in Russia. I quickly forgot about NSLI-Y, knowing it was a long shot.

But one April afternoon, while languishing over a copy of Macbeth in a musty library, I got an email. It read I was going to the city of Kazan to study Russian and live with a host family.

I remember the experience being profound. For one it meant I would not have to surrender another July and August roaming my town like a drifter. Though I was also struck by that fact that someone else wanted me to pack my bags and take this adventure too. The promise of that spring seemed to blow away the cobwebs of my life.

Before I knew it I was in Kazan, riding a bus to Natasha’s (my host mother) home for the first time. As we traced the contours of the Volga River, I saw Russian grandmothers – the eternal babushka – sitting on stools selling berries, potatoes, and beets out of crates. Above, sunshine reflected gold off onion-domed cathedrals. With the window down, the air smelled of exhaust and oak forest. And everywhere, people streamed through large metal doors into gray apartment blocs, those made earnest and rough from a long winter.

What transpired as I meet Natasha was so sudden it’s difficult to recall. In the entryway of her home, she knocked the suitcase out of my hand and squeezed me with a set of strong gardeners’ arms, wiggling with delight. She then immediately marched me to the kitchen. 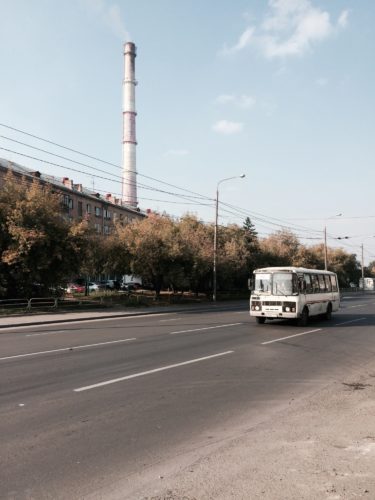 Though she looked almost 75, Natasha pushed me onto a chair with such force I landed with a thud. Before me every inch of the table was covered: jars of homemade raspberry jam, sliced kielbasa, summer cucumber salad, a basket of ripe garden tomatoes, fresh rye bread, roiling English breakfast tea, ruby colored borsht, and a pot of boiled young potatoes topped with freshly chopped parsley. The spread felt festive and medieval; the table bending under the weight of the food. A pair of cats curled at our feet eager for droppings.

I thought my Russian was passable – I had after all spent the last few months ferociously trying to learn. But all I could say repeatedly was “spasiba” (thank you), and point to various dishes on the table and say “vkoosna!” (tasty!). I tried more advanced structures with conjugated verbs and prepositions, hoping to tell her about myself, but Natasha merely nodded in silence.

She heaped a mound of potatoes and salad onto my plate and that’s when I understood the only sentence I would all evening. “Nye ponimayu” (I don’t understand), she laughed. I switched to asking questions, but this left her further smiling in a bemused silence before repeating, “Nye ponimayu”.

Our efforts to talk waned and the kitchen grew quiet. Natasha barely touched her own food but preferred spooning gobs of jam into a cup of black tea. We both perhaps understood, that we could not be understood, and we were filled with a sinking realization that communication would be harder than we thought.

Just as much as Natasha wanted to make me feel welcome, I also wanted to be a great guest and return her hospitality. I could sense by her quiet and empty home she really wanted company, someone to connect and talk to. The language barrier, which many had spoken of, felt like it was much more than just about language.

Though I struggled with Russian the first weeks I quickly learned the joys of traveling in an unknown and confusing place. In many ways it felt like being a child again. I couldn’t read signs. I didn’t know how to hold a conversation. The first time I walked into a store and bought ice cream, I felt brave. I got lost, constantly, and more than once took my bus route in the wrong direction and arrived terribly late to class. And every interaction was a chance to practice new words and improve my Russian, ever so slowly, through sheer trial and error.

NSLI-Y also helped me learn Russian and about the world’s largest country in ways that would be hard on my own. For four hours a day in language school, we drilled the dreaded case system, pumped hundreds of new vocabulary words, and learned of the different accents found in Moscow and Saint Petersburg. We put on small plays in Russian, strolled the farmers markets and bartered for honey, and tried our hands at poetry and pottery. And after class we had excursions to far off nameless villages, ambled through Kazan’s lily white Kremlin, spent a night at the opera, and even celebrated a wedding.

I returned home each evening happy and exhausted. While the sun dipped into the shallow swells of the Volga, Natasha, ever so gracious, prepared magnificent dinners, waiting for me each night. As I tucked into the meals, my host mother asked me questions about my day. I did my best, (often mouth full) and managed small exchanges like “I played soccer” and “school was good”, peppered with many “Nye ponimayu”. Most nights I would pull out a vocabulary list I made each morning and Natasha would put a checkmark next to the words I pronounced correctly.

The summer seemed to fly by in a way that I had never known. One morning I blinked and seven weeks had passed, which now existed as a blurry memory of Russian pop music, piroshky pastries, and dinners with Natasha. Though it was during that time too when everything with the Russian language clicked. I wasn’t translating everything in my head anymore. Spasiba no longer meant “thank you”, it just meant spasiba. I had dreams in Russian and speaking with strangers no longer felt like a wrestling match. All those essays, all those hours spent in extreme confusion, were starting to pay off.

Then one August night, while a warm wind ruffled the kitchen curtains, Natasha and I had the conversation, I believe, she had been looking for. It was a conversation that covered her whole life. She told me how she moved from a small town in the far north and worked as a seamstress in a factory. She told me how she met her husband, a science teacher, and the dates they took walking through Gorky Park. She explained what it was like to raise two children here in Kazan. And then how her husband passed away while young and the ways in which she finds strength to move forward. 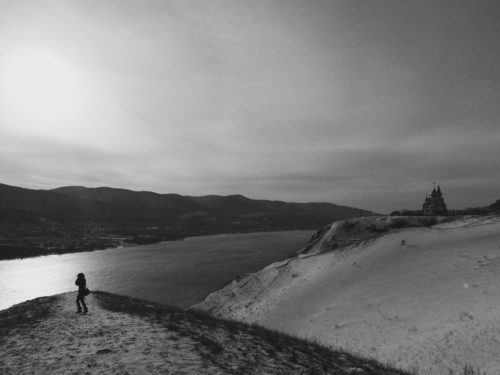 With incredible fortune, I was a two-time NSLI-Y recipient and I went to a different city in Russia. I usually don’t like absolutes, but I am tempted to say it was the best summer of my life. I remember appreciating the mundane things I passed over back home. All the minutes of my day were filled with explorations of Russian birch forests and inquiries into the black rubber sandals everyone wore in their gardens. I marveled each evening over tarragon and pear-flavored sodas, and treasured my daily purchase of bus tickets. I could spend a whole afternoon wandering the streets, with no particular purpose, other than to walk and see what was around the corner. More skilled with Russian, I navigated public transportation with ease, watched local television freely, and no longer fumbled through class and conversation. I got to see more of Russia, and NSLI-Y nurtured my interests as I explored new questions I didn’t have before. In short, I was both discovering and rediscovering the world.

Back home in Tacoma, after two summers away, I jumped into learning Russian with zeal. Part of my old self had been lost abroad and I was now part of a strange group in America, fascinated by Russian language and literature. Friends and family often-wondered why I did not study something romantic like Italian or sophisticated like French. Why not learn a language that lets you stroll the Seine or saunter through the timeless streets of Naples? I never had a good answer, but I knew what grabbed me, even if it did seem strange to others.

And then in November of my senior year, when it came time to apply for college, I wrote down Russian as my intended major. For a second choice, I listed Russian. For a third, Russian. And that’s what I did.

A decade has passed since my summers with NSLI-Y and Russian has remained tied to my life in ways I never expected. I continue to study and with great luck I have earned other scholarships, helped diplomats, and had the pleasure of living in foreign countries for work. Today, along with two other NSLI-Y alumni, I tutor students in Russian online in my spare time, merely out of our passion for the subject. I am happy using Russian every day.

I am grateful for NSLI-Y. A summer of adventure led to a way of life that makes it feel like those perfect July and August months have never ended.