Simone is an alumna of the 2016-17 NSLI-Y Korean program and the 2021 Critical Language Scholarship for Korean. 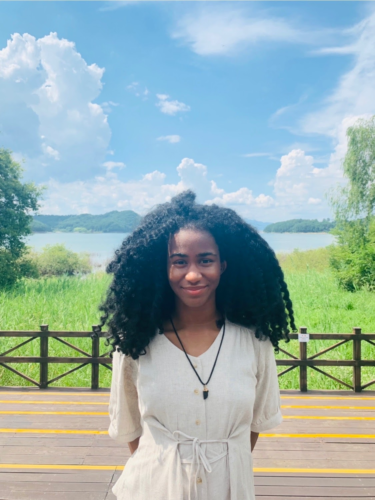 NSLI-Y Korean alumna Simone Hassan-Bey currently works to advance wealth redistribution to BIPOC communities through her position at the philanthropic consultancy, Freedom Futures. She also works at Original Strategies, supporting communications and public affairs strategies of mission-driven organizations across diverse industries. Her commitment to empowering BIPOC communities in various sectors is informed by her own experiences at her high school and navigating her identity as a Black woman on her NSLI-Y program.

Throughout high school, Simone was vocal about the educational barriers she and other students faced, spearheading efforts with the administration to bridge gaps between students, parents, and teachers. She often looked to South Korea’s educational model for guidance, which led her to research opportunities to study the Korean language. 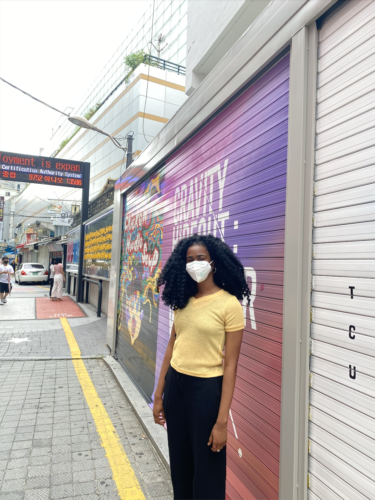 Simone attributes her ability to study abroad to her mom’s financial sacrifices, which allowed her to participate in a short-term program to Spain and Portugal. She believes that this experience strengthened her NSLI-Y application, ultimately landing her in Seoul, South Korea for a year of intensive language study.

The 2016 U.S. Presidential election took place during Simone’s NSLI-Y program. Americans and Koreans alike looked to Simone for her perspectives on the brewing racial tensions in her home country. She often felt the pressure of being the only Black student on her program, feeling she was being asked to speak not only on behalf of the American people, but also the Black community. She’s thankful, however, for the strong Korean skills she built on NSLI-Y, which allowed her to express her views to her host community. 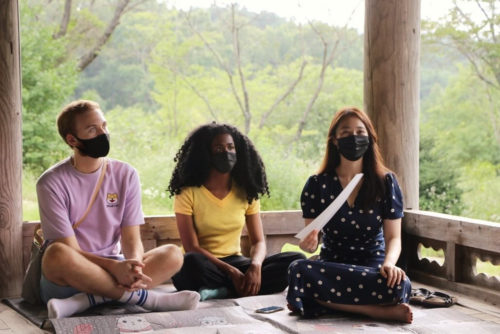 Upon her return to the U.S., Simone attended the University at Albany and majored in Business Administration with a minor in Korean. Her strong proficiency in Korean allowed her to build strong friendships with Korean international students on campus and enhanced her views on her professional development. She was awarded the Critical Language Scholarship in 2021 and returned to Korea for a summer to strengthen her skills. She believes that studying a language is not only about mastering grammar points and complex vocabulary, but also sharing genuine laughs and emotions.

This became a personal philosophy to her when she launched the annual Yoonhee Yoshi Kim Memorial Fund at her university. The scholarship honors a student who had a profound impact on the campus community through their resilience and service to BIPOC communities. An important part of building that scholarship was informing Yoshi’s family about it and asking for their blessing. Simone credits the strong Korean foundation she built on NSLI-Y with allowing her to approach these emotional conversations with sensitivity and sincerity. Her efforts have provided scholarships to five students who continue Yoshi’s legacy of BIPOC advocacy.

In addition to her professional work, Simone continues to build Rooted Uprising, an environmental justice collective, and serves as the Recruitment Director for Veggie Mijas, a collective navigating conversations on food justice led by women and non-binary folks of color.