Fiona Finch, from Conover, North Carolina, is an alumna of the 2021-22 Turkish Academic Year program.

After spending what felt like hours in the school's printing room, my friends and I raced around the school to hang up our posters. Everyone was already in class and the empty halls sent the sound of our footsteps ricocheting. We had received a special task, about a week before this adventure: to participate in a special sunum (presentation) about the life of young Atatürk. The sunum was going to be held on March 18, to mark the anniversary of the Çanakkale victory in World War I. 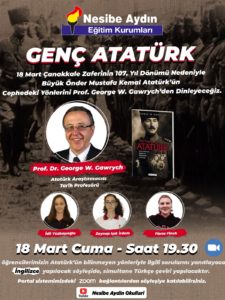 Since arriving in Turkey I had become accustomed to seeing Atatürk’s face everywhere I looked. I had been to Anıtkabir and learned a few things from my host family, but I still did not know much about Turkey’s founding father. The next few days were full of me searching the vast corners of the internet for any interesting facts. My research led me to a book in my host family’s kütüphanesi (library) that I began to work my way through.

The night before the big sunum we had a practice meeting, as the sunum was going to be held online. It was during this meeting that I heard a quote from Atatürk that I will never forget: 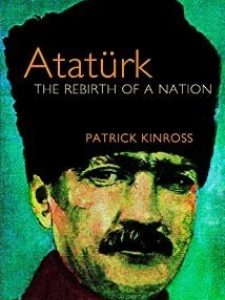 In all my research about Mustafa Kemal Atatürk, the most consistent theme was his penchant for reading. I read an anecdote that discussed how Atatürk read French literature while fighting in the trenches at Çanakkale. Professor Gawrich (the guest professor giving the sunum) talked about how Atatürk utilized reading as a tool to become a better leader. In my research I came across something that caught my eye: the Alphabet Revolution. After founding the new Republic, Atatürk issued a string of reforms which included a drastic change in the Turkish language. The switch from Ottoman script to a latin alphabet increased the literacy rate of the Turkish people and was a demonstration of how being able to read is the equivalent of having access to power. 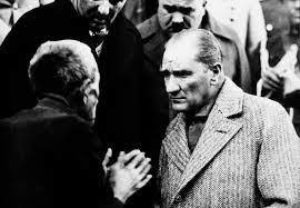 I took many things away from the enlightening sunum but the main thing was this: the importance of becoming a good leader. My NSLI-Y experience has taught me many things, most importantly Türkce, but also how to be a good leader. The day after the sunum I walked into school with a new confidence as well as a sense of achievement. I had learned so much about my host country’s history and culture and wanted to continue learning. So, with Atatürk as my guide, I walked to the library, grabbed a kitap that caught my eye and began to read. 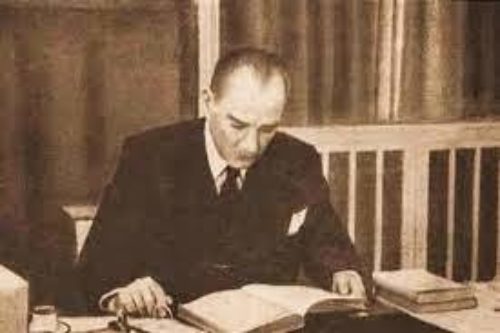