A Head Start to a Life of Diplomacy

“Virtual NSLI-Y introduced me to new people both from across America and the world and helped me practice the social skills required to forge those connections.” - Blaise Kern

As a diplomat, one must exhibit strong interpersonal skills, a passion for international relations, and a love for languages. Blaise Kern developed a strong devotion to honing these traits to pursue his dream career—the U.S. Foreign Service. He began his journey to diplomacy by studying Arabic with Virtual NSLI-Y in the Winter of 2022. Blaise believes that studying Arabic with Virtual NSLI-Y has moved him closer to hopefully excelling at diplomatic tours in Arabic speaking countries in the future.

During his studies, Blaise loved learning not only the language but also the customs, music, and holidays of the Arab world. He noted how studying with classmates of Arabic heritage helped create a unique classroom environment. Seeing how their identity evolved throughout the class was especially inspiring to him. He believes that this experience has impacted how he views himself and his role in helping others in the world.

Looking back to his time on-program, Blaise remembers how tough it was to learn the alphabet Arabic. Though, he overcame this challenge by devoting significant time to studying alone and practicing with his classmates. He is now able to traverse online content in Arabic more easily and even read the news in Arabic. 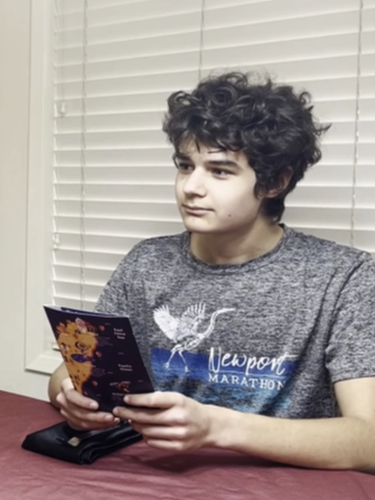 After overcoming the rigors of the program, Blaise found that the program impacted him profoundly not only for career reasons but also in his daily life. Virtual NSLI-Y taught him many strategies and best practices for taking online classes, which are now especially useful.

The program introduced him to new people both from across the United States and the world and helped him hone the interpersonal skills required to forge those connections. Career-wise, Blaise feels that Virtual NSLI-Y has further inspired him to becoming an U.S. Foreign Service Officer. He foresees that learning Arabic is only one of many languages he will learn on his journey, and he looks forward to this challenge

To future Virtual NSLI-Y students, Blaise advises that time management is key to success during the program. It will make a difference in both class participation and preparedness. Similarly, he advises that independent study will maximize success in the learning experience.