Andrew Edmondson from Arlington, VA, is an alumnus of the NSLI-Y Persian (Tajiki) summer program.

At first, my arrival in Tajikistan didn’t quite feel real. Perhaps it was the sleep deprivation and jetlag that comes with flying for 14 hours only to arrive at four in the morning. After shoving my way through the crowd at customs and taking a refreshing 20-minute nap, I was ready for an absolute fever dream of a first day. This stunning experience, which I stumbled through in an ecstatic, if exhausted, daze, included tiny elevators, neoclassical architecture, currency exchange, portobello mushroom pizza, falling into a ditch, nearly fainting in front of a statue of Ismail Samani (sorry Ismail), and the most omelets that I have ever seen in one place in my life. It was incredible. 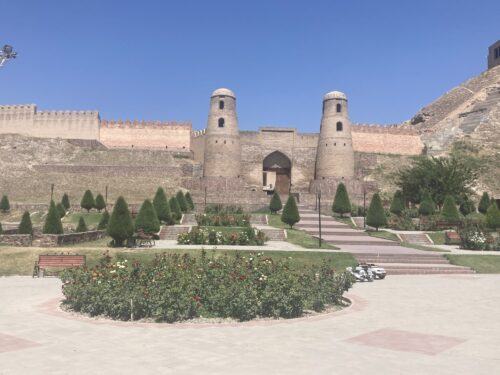 At the same time, it felt strangely disconnected from what I had expected; this experience, this country couldn’t be where I had been trying to come to for over two years, what I had read and dreamed about for far longer. I had grown used to this being a future activity, just a place to THINK about going and TALK about seeing. I struggled to reconcile these powerful memories with my current situation. Even events that I had been anticipating for years—meeting my host family and arriving on the first day of my language class—didn’t fully seem real; I couldn’t believe that after all this time they were actually happening. And then, two days later, my cohort visited Hisor (Ҳисор in Tajiki)! 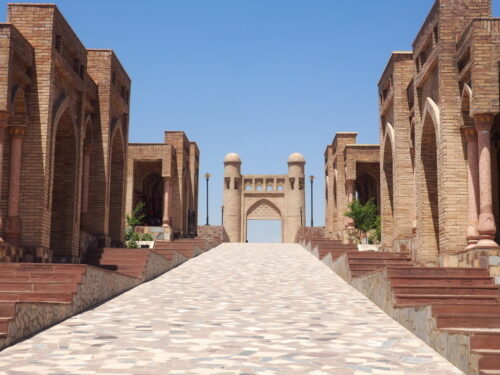 If you don’t know, Hisor is a minor city in western Tajikistan, about a twenty-minute drive from Dushanbe and pretty close to the Tajik-Uzbek border. It’s also the site of a fortress complex that potentially precedes Cyrus the Great and has about 3,000 years of conquest and history under its belt. This legendary fortress has served the Achaemenids, Umayyads, Samanids, and countless other empires. It even briefly managed to assert itself as an independent city-state in the 18th century following the intensification of a Bukharan power struggle. Atop this historical behemoth of a city, however, lay a touristy, Disney-esque reconstruction of an earlier reconstruction of perhaps an even earlier reconstruction of the ancient fortress. The most recent, and still standing, version of Hisor was built only 200 years prior by the Russian Empire. Interspersed among the Russian’s overhaul were other reconstructions attempted by other empires, several madrassas restored by the Bukharan Khanate, a slightly older Sufi mausoleum, and a colorful bazaar from the 20th century. Nearby, a wedding was being held; the fortress did make a lovely backdrop for wedding pictures. 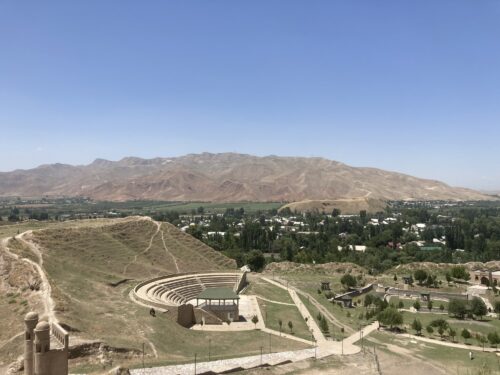 Hisor, fortunately, jolted me out of my stupor. This fortress, this country, was entirely different from whatever I could have anticipated. It was something that I could never have imagined, not necessarily because I didn’t know enough about esoteric historical sites or ancient empires, but because these historical sites and empires were simply not stagnant. They required constant adaptation to suit local needs, constant filtering through ideologies, perspectives, and economic niches. Despite constantly reminding myself that you could never understand a place like you could after having lived there, I had become caught up in the novelty of my experiences in a way that, ironically, deprived me of fully realizing this opportunity. The multiplicity of needs and perspectives expressed by each individual formed a cultural and social tapestry more complex than could ever be captured in a woodcarving, zardozi goldwork, or poem. 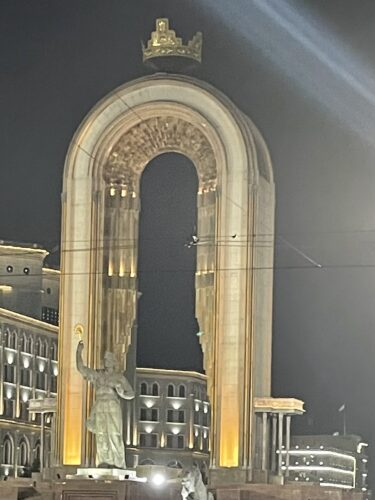 Revisiting Ismail Samani with my host family to apologize

In my host family, for instance, I found some of the most interesting, reflective, and genuinely kind people I have known in my life. Simply learning about their family history—ethnic Tajiks who lived in Uzbekistan for most of the 20th century before returning to Dushanbe at the dawn of the 21st —provided a unique lens into the events that they had lived through. I came to excitedly look forward to our evening walks, strolling through a park or suburb and chatting about each interesting plant or pattern I stumbled upon, letting my 5-year-old host brother correct my pronunciation and whisper conspiratorially in my ear. Simply discarding my expectations, letting this be new, and knowing that my experiences were real, was enough.