The Cultural Explorers project pairs NSLI-Y scholars with Korean college students ("supporters") to study a cultural topic of their choice. For two months each team worked very hard on their projects and were excited to present what they had learned. On February 25, 2016, NSLI-Y students and their "supporters" gathered for the last time to present their final presentations. This year many teams prepared videos to show their results. Below are just a few examples of the excellent work the students produced.

The TTT (Temple Time Travelers) used the time slip concept where they went back to the 1660s to study Buddhist temples.

Korean Buddhist architecture was a good choice in topic, as it was something we really enjoyed experiencing (by visiting temples themselves) and even just the research side was really interesting. We, not necessarily surprisingly, but unexpectedly, learned a lot about Korean history through our study of temple architecture. Since we chose to study temples throughout different eras on the Korean peninsula, we found out how the current events of certain time periods affected temple structure and functions, my favorite thing we studied during our project. -Katie, NSLI-Y Korea, Academic Year 2015-2016

The ‘Our Awesome Team’ filmed short skits to explain how the Korean education system was influenced during the period of Japanese colonialism.

Prior to doing this project, I had only considered Japanese colonization of Korea as a broad concept, but because of this I could see how Japanese colonization influenced everyday life for individuals, which was made all the more poignant since we were focusing on people our age. Really, I only thought about the military, police, and suppression of press during this period but didn’t even consider that the most central aspect of a society’s future - its education system would be affected by colonialism. Also, because this was not my initial first choice, I was able to surprise myself by learning about something that I had never expected to learn about. I was also able to become better with the people in my group and learn their personalities much better than if I hadn’t done the project. - Jack, NSLI-Y Korea, Academic Year 2015-2016

The ‘Nyam Nyam Nyam Team’ created a news-themed video where the Korean "supporter" was a host of the show and Will, the NSLI-Y student, was the expert. The team shared their findings on the importance of speed and hurrying in Korean culture.

The process began focusing on “Delivery” but ended up focusing on “Speed.” Looking back, I think the end is where I wanted to start: why is Korea currently the 빨리빨리 country of the world, and what is speed’s role generally worldwide. Delivery was curious to me because of its speed and efficiency compared to my homeland. I thought it was a characteristic intrinsic to Korea, but after discussing with Professor 송, speed became less of a Korean characteristic than a characteristic of modern humanity. - William ,NSLI-Y Korea, Academic Year 2015-2016 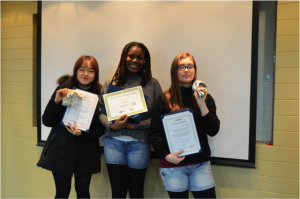 At the end of the project funny gifts were given out to each team. Since‘Kimchi Team’ had to change their topic so many times, they received the ‘Twist and Turn’ award and got twisted shaped cookies as prizes. In addition, Arielle and Katie received a special prize of socks because they went to so many places and walked a lot during the project.

Through these presentations, students could learn from each other and delve into fields of Korean culture that they had not had the opportunity to explore. 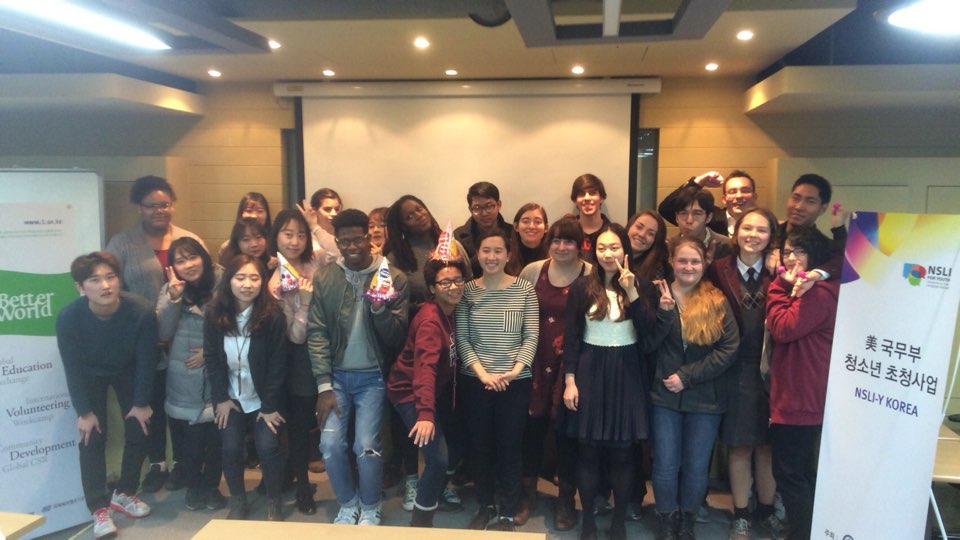 NSLI-Y Korea is administered by the U.S. branch of the International Education and Resource Network (iEARN-USA) and Better World.