Omar Obregon-Cuebas was an active, accomplished student by his senior year of high school. “I was the team captain of my school’s JROTC academic bowl team; we made it to nationals two years in a row. I was also the Co-President of my school’s Model United Nations club, and I founded the Student of Color Club at my school.” He says that his hard work in school and extracurricular activities was inspired in large part by his mother’s example. “My mother is a Puerto Rican woman who moved to the states in the 90s. She was a single mother for most of my life, and she only received her undergraduate degree back in 2014. My mother instilled in me the importance of getting an education.” 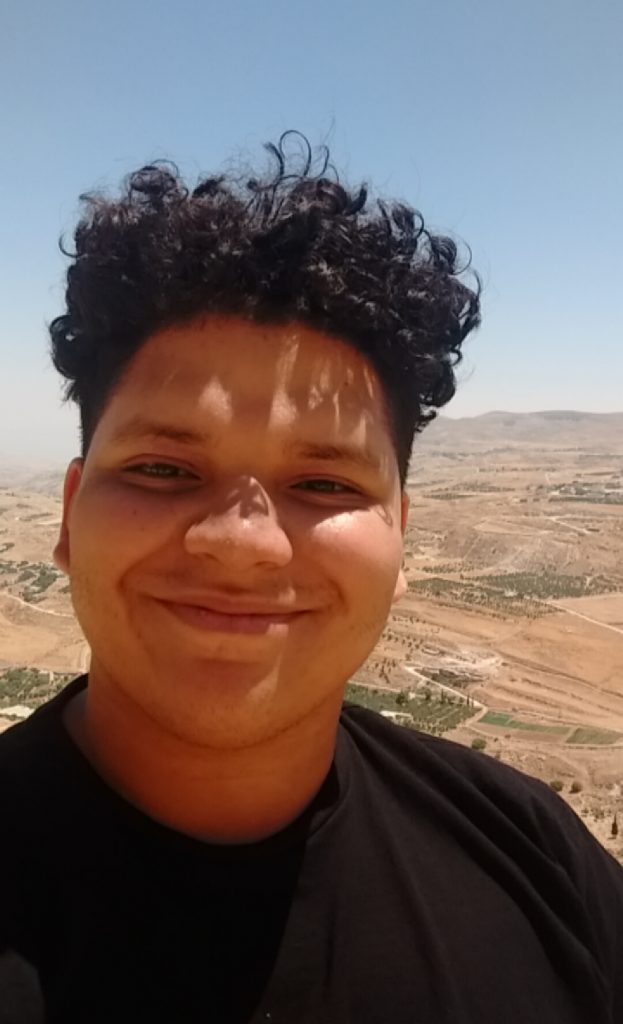 When Omar first heard about NSLI-Y, he never imagined that he would one day participate. He learned of the program as a junior from a NSLI-Y alumna at his school who had studied Arabic in Morocco. He did not seriously consider it, however, until his senior year when he was encouraged by one of his friends who was applying. This encouragement caused him to revisit the program and consider it more seriously. Learning that the program was a fully funded scholarship also persuaded him as he knew he could not afford to travel abroad on his own. After carefully researching the languages offered, he determined that Arabic was most interesting to him because of the cultures, history, and current events associated with it. He took the leap and applied for the summer 2016 Arabic program and was accepted. He was placed in Amman, Jordan.

Before his NSLI-Y experience, Omar did not know any Jordanians and he was not sure what to expect. After arriving in Amman, he was overwhelmed by their warmth and hospitality. “They easily laugh with you and express love and encouragement. They love that you are studying Arabic and are so excited that an American is there to learn about them and their culture and language.”

There were some cultural differences that were surprising for Omar, though. One of these was the differences in gender roles. At home in the U.S., Omar was expected to contribute to his household by cooking and cleaning. In Jordan, gender roles are more traditionally divided and men often do not contribute to household chores. He also learned that it was usually not appropriate to speak to a woman unless she speaks to you. While he did not always agree, he reflected on these differences and committed to be respectful of them as a guest in the country.

He and his host family discussed the differences between family life in the U.S. and Jordan. He told them about his family back home where his father did most of the cooking and Omar was expected to help in the kitchen and with the household chores. His host family was very intrigued by these cultural differences and had many questions for him about life in the United States.

Omar was also able to witness Ramadan while in Jordan. During this period, it was illegal to eat or drink in public during the day. While Omar did not fast, he was respectful of this and learned to find private places to eat lunch or drink water in between classes. With time, Omar became very fond of Jordanian culture. “You come to love cultural differences and see the beauty in them, and you also come to see beyond them to the fact that they are people with the same kinds of hopes and fears as you.” 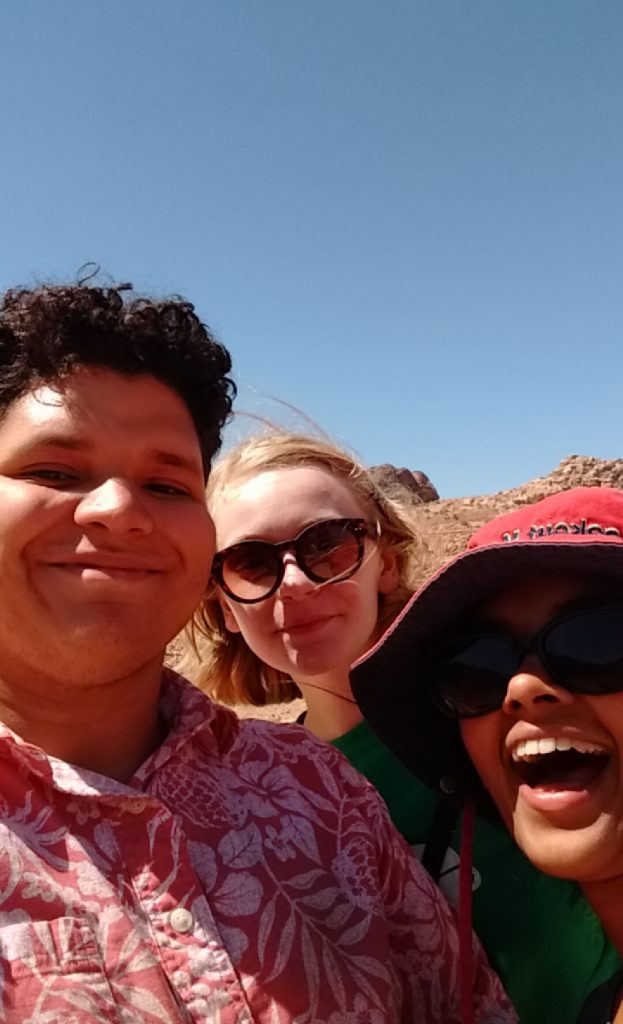 Omar was courageous in speaking Arabic. “I tried my hardest to talk as much as possible.” Because of his outgoing personality, he says that flashcards and other study methods were not as effective for him as making an effort to speak with locals. His approach was to learn basics that would allow him to converse and then to find opportunities to engage in dialogue with others. This approach also allowed him to connect with more people and to experience the culture. It was not always easy, though. At first, he found that Jordanians had a hard time understanding him. Omar found that speaking slowly, enunciating, and building his vocabulary helped. His many conversations, though imperfect, helped him learn as well as to identify new topics and aspects of the language to study.

These frequent conversations with locals also influenced Omar’s life in unexpected ways—they altered his educational and career paths. One particular experience occurred while attempting to barter with a local woman for toys. Omar tried his best to speak in the local dialect to better connect with the woman; however, a word of Modern Standard Arabic slipped out. She quickly pointed this out and expressed disappointment. Experiences like this caused him to recognize and deeply consider the connection between language and culture. He is now interested in studying linguistics, neuroscience and cognitive studies to further research how culture and language interact.

While he had not planned on ever going abroad during high school, Omar is now profoundly grateful that he made the choice to apply for NSLI-Y. “It was probably the greatest experience of my life. It changed my life.” Since returning, he has started his freshman year of college at the University of North Carolina Greensboro. He has been studying Arabic through another university online and plans to transfer next year to a school that offers Arabic and linguistics programs. He hopes to one day receive his Ph.D. in linguistics, neuroscience, or cognitive studies.