A Foundation for the Foreign Service: Salman in Egypt and Morocco

Salman Haji, a Foreign Service Officer (FSO) for Public Diplomacy, is passionate about intercultural exchange, especially through language learning. This passion was inspired partly by a verse from the Qur’an that addresses the importance of the nations of the earth knowing one another. It also greatly stems from his first international exchange experiences with NSLI-Y. Salman learned a lot about cultural adaptation and appreciation from NSLI-Y and built lasting relationships with host families and communities. “When I started doing … exchange programs, I realized that … when you put aside prejudices and talk to people, they tell you a different story of how they live.” 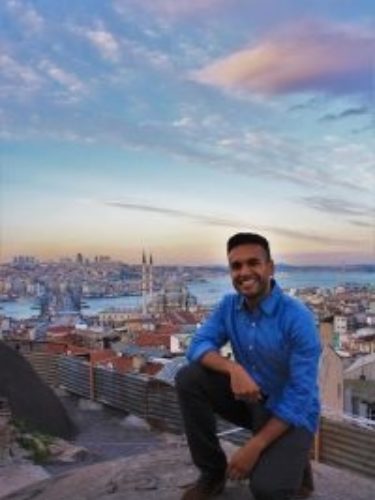 Salman participated in the 2009 and 2010 NSLI-Y summer programs in Egypt and Morocco, respectively. His first week in Egypt was challenging and not what he expected. In response to his culture shock, Salman turned to his resident director and language teachers for advice. One idea they offered was to see cultural differences not as right or wrong, but simply different and new opportunities to learn. He discovered that cultural adaptability was a skill that could be learned and improved with effort. After the first week, he felt more comfortable. Since his NSLI-Y experiences, Salman has returned to Egypt to intern with the American Islamic Congress to work on civil rights in Egypt, participated in the Critical Language Scholarship in Jordan, received a ​Benjamin A. Gilman International Scholarship to study Arabic in France, interned in the U.S. Embassy in Tajikistan, and is currently completing his first tour as an FSO in Jamaica. He says that the hard-earned cultural adaptability lessons he learned on the NSLI-Y program have helped him tremendously throughout his international studies and internships, and he continues to draw upon them in his daily work in the Foreign Service.

In Egypt and Morocco, Salman found that it was the desire to communicate that drove his language studies. “I totally immersed myself. I did not like being unable to communicate while living in a community that went out of its way to welcome me and to appreciate every word I could say in their language.” He spent time listening and imitating what others said around him and would ask what words and phrases meant and would write them down. He also listened to music in Arabic, as he found that the frequent repetition of phrases helped him learn vocabulary. And while the daily four-hour language classes were sometimes tiring, he knew that they were crucial opportunities to make strides in his language learning, so gave his best effort every day. His diligence paid off, as it later allowed him to advance quickly through language classes at Macalester College and to become a language tutor after only two semesters. His love of languages led him to also study French, Gujarati, Hindi, Kutchi, Persian (Tajik), Russian, Turkish, and Urdu. 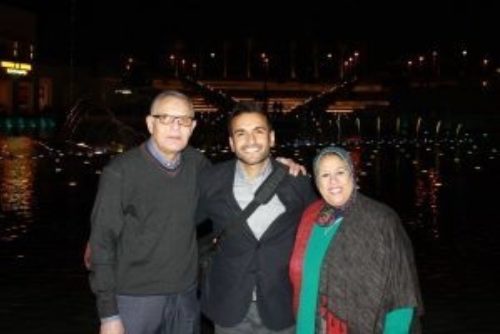 Of his NSLI-Y experience, Salman expressed the following: “It completely shaped my future. NSLI-Y shaped my career and education.” Salman went on to receive a Bachelor’s degree from Macalester College in International Affairs and Arabic and then to receive the prestigious and selective Thomas R. Pickering Foreign Affairs Fellowship to attend American University for a Master’s in International Affairs. The Pickering Fellowship is funded by the U.S. Department of State and provides undergraduate and graduate students with financial support, mentoring and professional development to prepare them for them for careers in the Foreign Service. Salman has now begun his career in the Foreign Service as a consular officer in the U.S. Embassy in Jamaica. After his required consular tour, he will work in Public Diplomacy and hopes to be involved with intercultural exchange programs. As an FSO, Salman would also like to host events and organize presentations to help local citizens to better understand the U.S. and to help Americans better understand other countries. Of the connection between intercultural exchange, peace, and security, Salman shared, “In the end it’s one of the most important tools in diplomacy. Policy is shaped so much by what our people think and believe. If people are willing to have a conversation and see the other side, it can make a big difference.”