Tram and Transportation in Rabat, Morocco

Diana is from Chicago, IL and participated in the Arabic Summer program in 2017.

I used walking, taxiing, and being driven as transportation throughout the summer, but taking the tram was always my favorite. 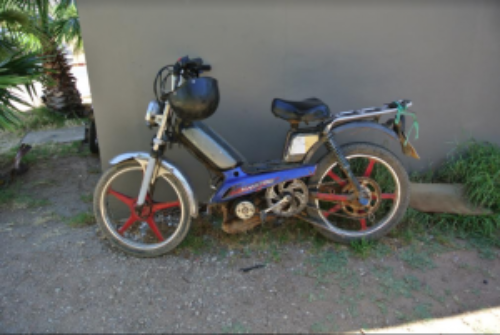 Motorcycles were also commonly used on the road. Often with men riding them in Rabat. While in Marrakech, I saw more women on motorcycles.

Each day to school, I would walk about 40 minutes from my neighborhood of Agdal 1.8 miles to my school in Souissi. Although it seems like a long distance to walk, it was a great way to stay healthy, spend some time by myself, and collect my thoughts before each day.

Occasionally, I would take a petit taxi. The taxis were very inexpensive costing about 20 to 25 dirhams or $2.00 to $2.50 to get across town. Some students became very comfortable taking taxis, but I took them less than a handful of times alone. For most of the students, taxis were their main form of transportation going to and from school every day because they lived further from school. Most of us shared taxis, reducing the cost.

I preferred to take the tram over taxis because they were overall less expensive and more organized than taxis. From time to time, I didn’t have change on hand. Taxis are very secure and reliable since it is mandated by law to run a meter, similar to American taxis. I didn’t enjoy that after sundown, the meter would run on an increased fare about one and a half times the usual fare. 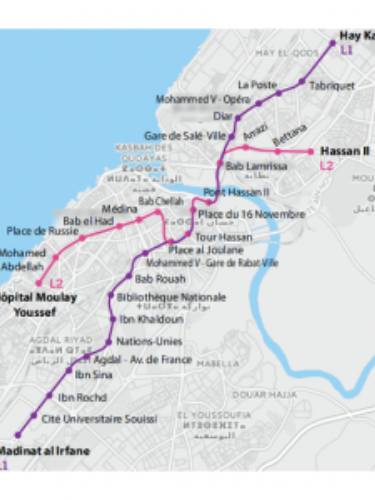 I had this map saved on my phone to check the map on the tram inconspicuously.

Personally, I found the tram system to be very comforting and familiar. I take the Chicago subway system (CTA) each day to go to school. Even though the CTA and Rabat’s tram are very different, there was a certain soothing atmosphere taking a similar mode of transportation.

The last mode of transportation is driving. My host family lived in a modern part of Rabat called Agdal. My mom owned her own car and picked me up a few times from Arabic school after a long weekend excursion. The drivers in Morocco do not stop for pedestrians.

The video above depicts what a usual tram ride was like. That day, I took it from the Agdal Avenue de France station close to my house to Bab el Had to meet another NSLI-Y student near her house. It only cost 6 dirhams or $0.60 for my whole trip including the transfer. The tram is not always the best way to go, but it does fit many occasions. It also runs every 20 minutes after 8 pm. Sometimes after dinner at one of my favorite restaurants, a Syrian restaurant, I would take the tram from Bab el Had to Agdal Avenue de France, about an hour to get home.

The tram was always a great place for after dinner talks or soothing after school rides. All modes of transportation have their positives and negatives, and transportation was much different than in America! I am glad I tried many different ways of getting around town in whilst in Rabat!