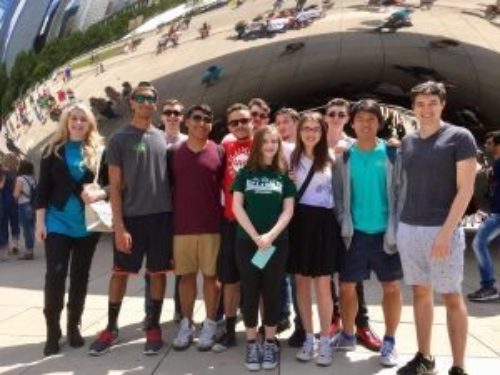 Devon Parikh had the opportunity to participate in the 2017 NSLI-Y summer program to study Russian in Daugavpils, Latvia, where 95% of the population speaks Russian. He wanted to study abroad because he had only studied languages in the classroom, and he wanted to study and use Russian in real situations and have an immersive experience. Prior to NSLI-Y, Devon had signed up for a beginner Russian class in high school and did not know much about Latvia. He feels he progressed significantly in the language and improved his understanding of Latvian culture and history.

Devon found that studying Russian was challenging. In particular, learning the many cases was especially difficult. He used several memorization techniques and practiced daily with his host family and peer tutors to learn them. “The difficulty made it interesting, and I experienced a sense of accomplishment as I learned.” He also recalls making a breakthrough with another complex aspect of Russian—verb-preposition agreement. With a lot of studying and practicing with his host mom at meals, he was able to grasp this aspect and then to help his fellow NSLI-Y participants learn it. The group also committed to using only Russian towards the end of the program and they would support and encourage each other to keep this goal.

Another challenge Devon faced in Latvia was that, as an Indian-American, he stood out in the mostly white population. This drew a lot of attention, and he initially used humor to respond. It also led to deeper discussions with his host family about diversity in the U.S. as well as other cultures. His host family had visited India previously and appreciated learning more about Devon’s personal experience as an Indian-American. 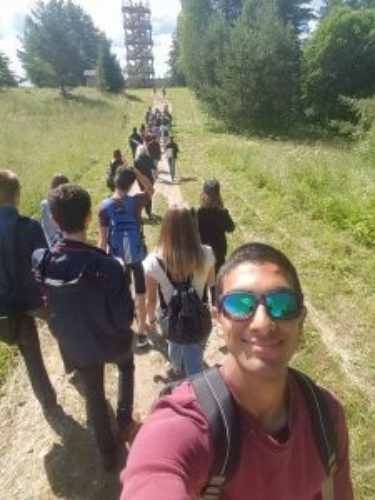 Devon received lots of support from his host family and community. It was great to have a welcoming, kind host family that would help him practice the language, teach him the culture and provide friendship and support. Another one of his favorite aspects of the program was the peer tutors that would meet with them. They were able to form close friendships and to practice their Russian and go on outings together.

Some of Devon’s most memorable experiences were the weekend excursions his group would take. One weekend they went to a beach in northern Latvia and visited the capital city. They also had sports and outdoor activities during the week. These outings were also very memorable and allowed for developing friendships with peer tutors and other NSLI-Y participants. Devon says that the many relationships he had formed in Latvia and talking to his parents once a week on the weekends helped him avoid becoming too homesick.

Devon is currently attending the University of Virginia. Because of his NSLI-Y experience, he was able to skip a year of Russian and start his studies in second year Russian. He is considering majoring in Engineering or Computer Science and plans to apply for CLS next year to continue his language studies. He continues to use Russian by watching Russian TV shows, listening to music, and attending extracurricular activities like participating in a Russian play being put on by his school. Devon shared the following thoughts on his NSLI-Y experience: “It’s a great program and is really important for helping students develop language abilities for national security. When you have people who can speak the language of another country, they can understand one another and where each other come from.”