What Can I Say About Moscow?

Madison was a participant on the Russian summer program in 2017. 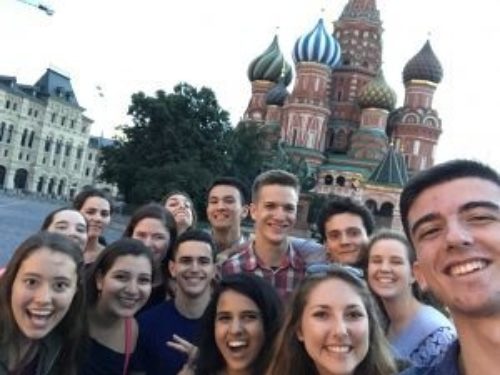 I’ve had a lot of time to reflect – and talk– about the experiences I have had and the things I have learned over the summer.

As with any intensive and unique experience, it is quite difficult to explain to “outsiders” exactly what my summer was “like.” It was incredible. It was hard, I tell them. A lot of homework, meetings, and endless adventures with my fellow American peers. I was always doing something. I made new lifelong friends, both Russian and American. I tell people that Moscow has so much history, so much art, and so much culture. By the end, I tell them I no longer felt like a visitor in the beautiful city of Moscow. I lived there. I had my favorite restaurants, metro-stops, and parks. I am so humbled and grateful for the experience and not sure if anything I say will give it justice. But, I do try to capture the essence of my stay there through two things – talking about my host family and a specific Monday afternoon in Парк Горького (Gorky Park). 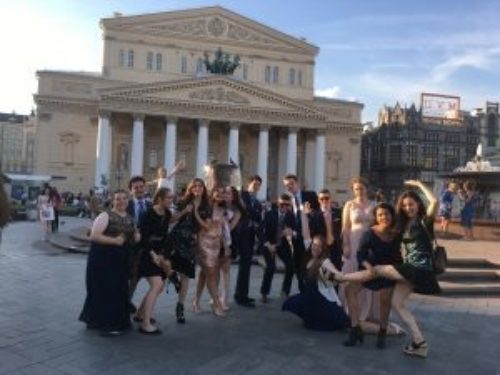 In one short summer, the people who greeted me as my host family the first week went from strangers to dear friends and my second family. Their home and family, so foreign and unfamiliar at first, became my home and family. We grocery shopped, cleaned, and cooked together – my host mom, host siblings, and I. We watched old Russian movies and laughed at all the silly old-fashioned jokes. We had long conversations over cups of чай (tea) late at night and went exploring in the city during the day. We played board games with the cousins, aunts, and uncles. We celebrated family birthdays in traditional Russian fashion (a three-hour- long meal complete with a toast every few minutes and way too much food followed by even more food). We visited family friends together. We lived life together in the most normal yet extraordinary way. I remember leaving them in tears and my host mom telling me to be strong (even though both her and my host sister were also crying). To me, having a host family was the most authentic way to understand the Russian culture on a personal level. In fact, in many ways, I feel it is the only way to fully immerse yourself and to see people for people and not people for the countries they represent or the stereotypes imposed on them. It also was a huge motivator in learning the language. The harder I studied and practiced my Russian in class and during the week, the more I could communicate with my family and express my gratitude to them. 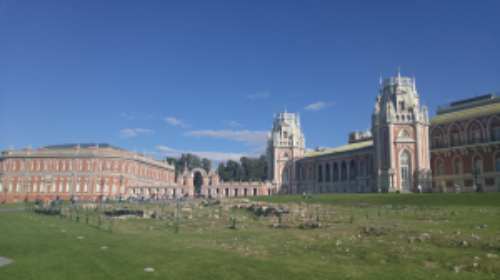 One of my other treasured memories greatly aided by our Russian language abilities was an unplanned trip to Парк Горького. It was a Monday night and I had planned to stay in the dorms and do homework, but a few of the guys were going out to the park to pass around an American football and convinced me to go with them. “Homework can wait,” they told me. “You’ll regret not going.” I definitely would have. It wasn’t long into our game that I noticed a couple kids – siblings, I guessed – watching us. They were shy, but I could tell they wanted to play. My friend spoke to them in Russian, asking them if they wanted to join us, and their faces lit up with sheer joy. Alexia and Amelia stayed with us for an hour and a half; playing American football, speaking with us, and laughing with (and at) us. I remember thinking, “This is what I am here for. To engage. To represent. To be a friend.” Soon, we were talking to their mom, who asked us about ourselves, introduced herself, and even played a little football too. It felt so good to not be intimidated by a language or cultural barrier. It felt natural to be there, in that park, with those kids. To me, it represented community – I was actually a part of a community instead of just passing through. When we did have to head back, my friend gave Alexia our football. He was speechless, but beaming ear to ear. I cannot help but hope that Alexia and his sister play with that football and think of us as often as we think of them. It will be a memory I treasure forever. 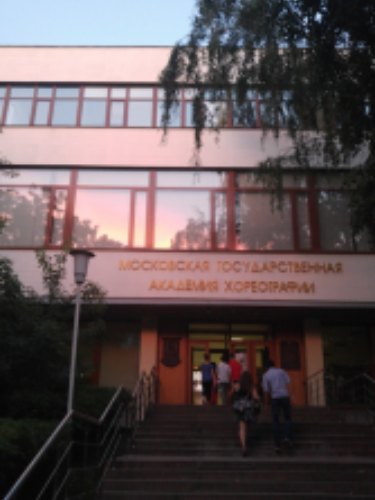 Even if it may be hard to explain to others, I know that my time in Russia has changed my life. In small ways, like my new-found love for блины (blini, Russian crepe-like pancakes) and in big ways, like my new-found passion for the Russian language and desire to pursue it professionally and academically. It opened the world to me in unexpected and exciting ways, and I cannot wait to see what other opportunities that it brings.