Kate is from Madison, WI and participated in the 2017-18 Chinese AY program in Taiwan.

Born in the Guangxi Zhuang region of China, Kate Jasenski was adopted at a year old. She grew up embracing American multiculturalism with both her American life and Chinese heritage as a large part of her identity. To increase her connection to her Chinese background, Kate wanted to learn Chinese to make connections and build relationships. “Language is the most basic way people connect with one another. Connecting through language would help me better understand Chinese culture, and also my own self.” 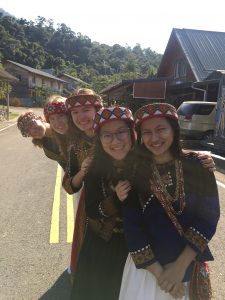 Not having the option of immersive language classes at home in Wisconsin, Kate applied for NSLI-Y. She participated in the summer Chinese program in Xi’an, China in 2016. The summer program solidified Kate’s desire to master Chinese and left her wanting a deeper sense of immersion. Kate was able to graduate early from high school so she could take a gap year before starting college. She surveyed the many Chinese language study abroad options and determined that NSLI-Y would be the best choice to study immersive Chinese.

Kate spent the 2017-18 academic year studying immersive Chinese in Taiwan. There she noticed several differences from her studies in Xi’an. For one, Taiwan uses traditional characters. She also picked up on small dialect differences, such as a softer speech pattern.

In her host family, she had 3 younger sisters along with host parents. Kate and her host mother developed a strong bond. Every night, they would put the kids to bed and stay up eating Ramen and chatting for hours about anything and everything. These talks greatly helped expand Kate’s conversational vocabulary.

Another way that Kate bonded with her host community was through her love of Kung Fu, a sport she has been practicing for over eight years. “I love Kung Fu, not only as a sport, but also as a way to honor my Chinese heritage.” Kate would practice and have fun teaching her young host sisters the tricks of the trade. 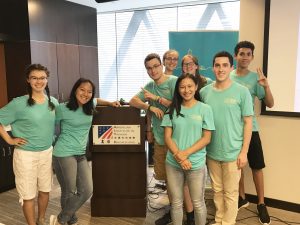 As an American of Chinese decent, Kate engaged with many to overcome stereotypes about Americans, particularly, that all Americans were blonde haired and blue eyed, like her host community had seen in the media. She made an effort to relay to her host community that Americans are not just what is perceived in Hollywood. “I overcame these stereotypes by telling people my story as a citizen ambassador. My recommendation to others in this situation is to be yourself and tell your story. Every interaction is an opportunity to show who Americans really are. I would advise against trying to conform to preconceived notions of what Americans should be. Be different and people will appreciate your individuality!” 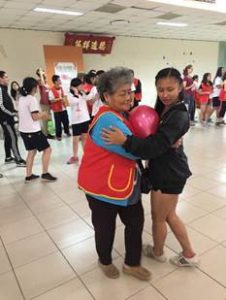 Now stateside, Kate will be attending the School of International Service at American University this fall. Her plan is to major in both East Asian Studies and Applied Statistics. She will carry on her language journey by taking Chinese, Spanish, and Korean courses. Kate is interested in Public Policy and how it affects individual lives. Her long-term goal is to become a Foreign Service Officer focused on international policy.